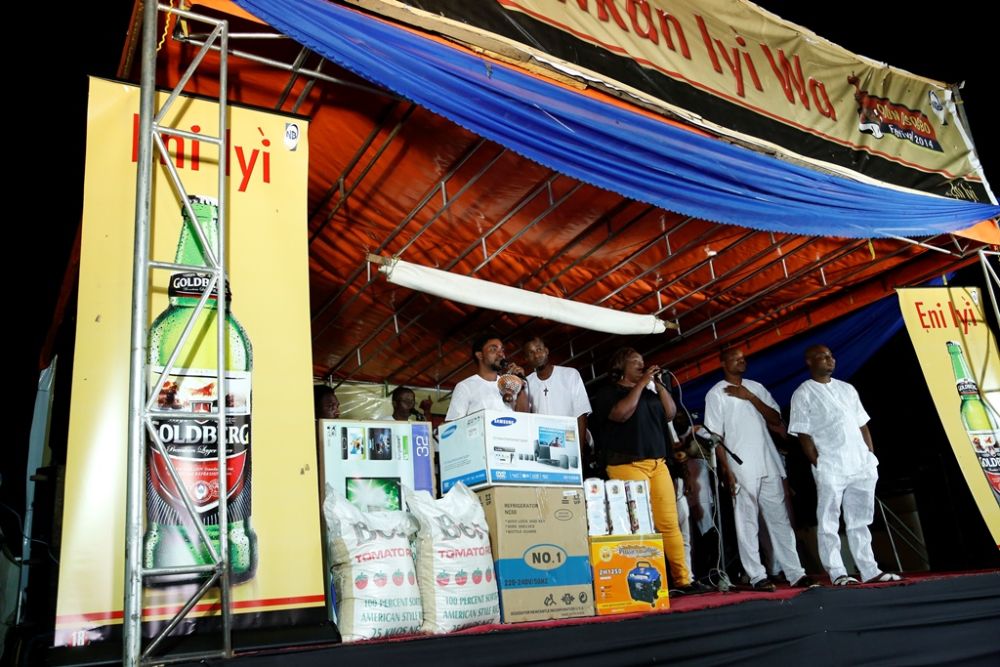 At the 2014 edition Osun Osogbo Festival, Goldberg Larger – manufactured by Nigerian Breweries Plc. – was the official beer and saw the success of yet another festival.

Speaking at the festival, chief cultural custodian and traditional ruler, His Royal majesty, Oba Jimoh Oyetunji Olanipekun II (The Ataoja of Osogboland) commended the role played by the brand and commissioned the 21-day Goldberg beer village.

The Ataoja of Osogbo was represented at the event by Chief Emmanuel Ojo (the Iketa Balogun of Osogboland) who also headed the Osun Osogbo festival committee. Other distinguished guests who were part of the traditional ruler’s entourage at the event were Alhaji Yusuf Folorunsho, (Secretary of the festival) and Ayo Olumokun (Chief Festival Consultant).

Chief Emmanuel Ojo, on behalf of the traditional ruler, appreciated Nigerian Breweries Plc. for the company’s continued support and prayed that the Goldberg brand would continue to soar in sales. 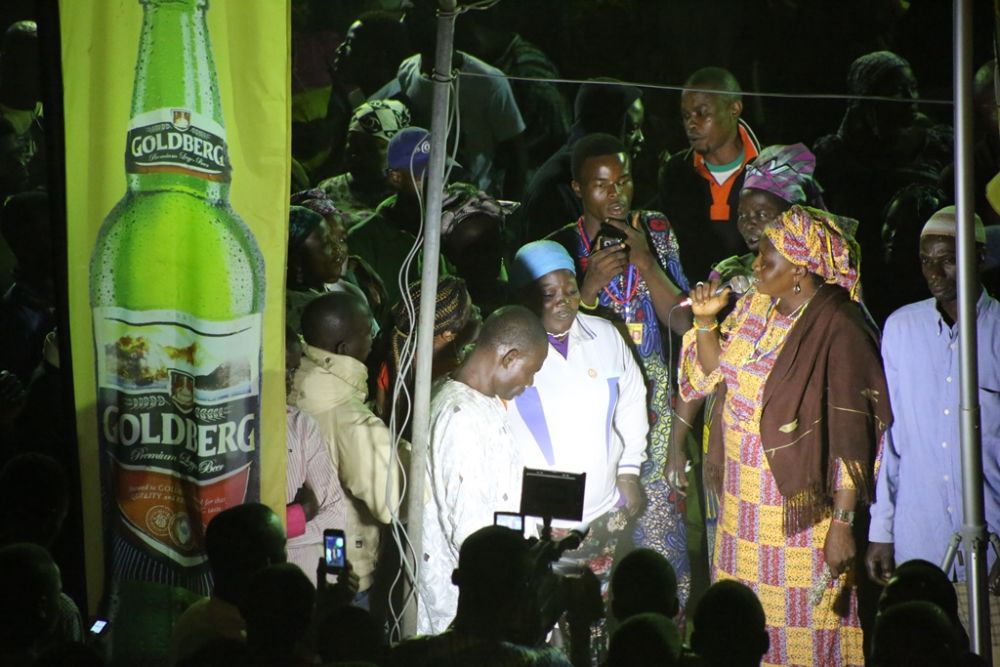 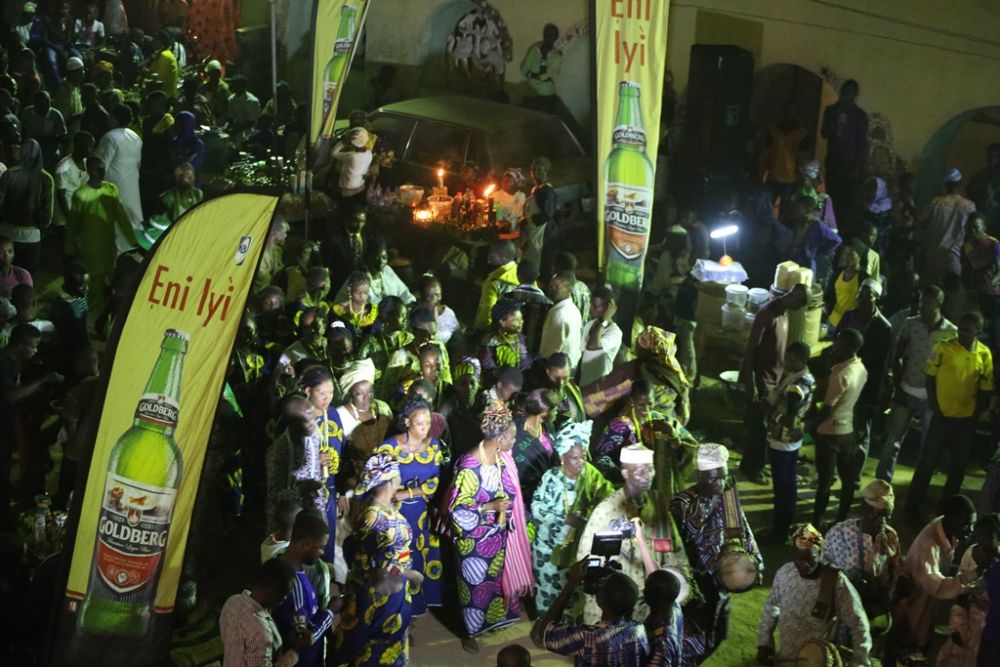 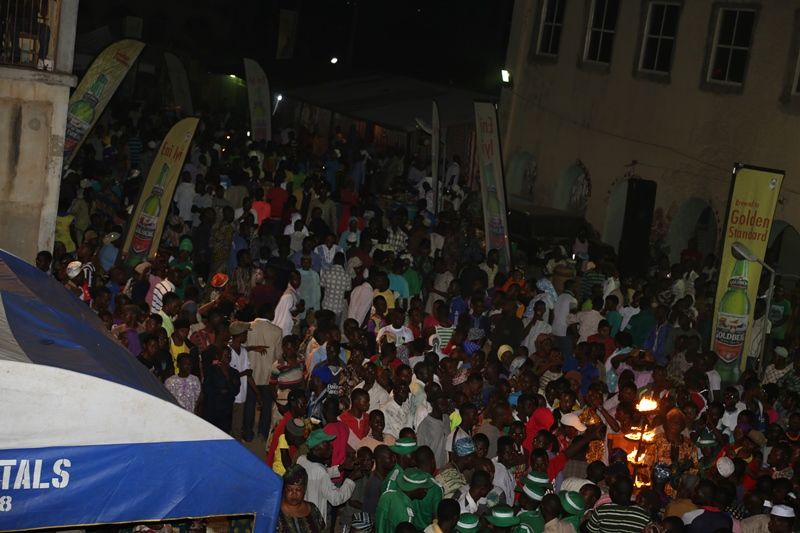 Joseph Bodunrin (Regional Business Manager, Nigerian Breweries Plc.), also spoke at the official commissioning of Goldberg’s beer village. He announced that the beer brand’s market share has continued to rise as a result of its affiliation with the festival, regarded as one of the most prominent celebrations of culture and heritage in Western Nigeria.

He later added – “Goldberg’s market share has continued to increase in Osogbo and its environs and we attribute this to the brand’s sponsorship of this great festival.“ 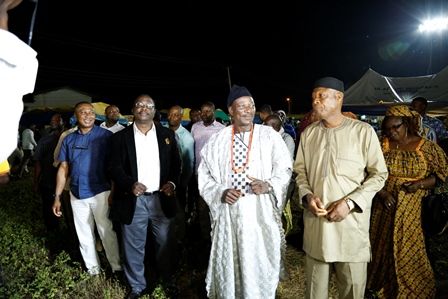 Bodunrin added – “I am proud to say that Goldberg has been widely accepted by the people of Osun even though this is only the second year of Goldberg’s sponsorship of Osun Osogbo festival. Goldberg took over sponsorship from another beer brand from the Nigerian Breweries Plc. stable. The influence of the Osun Osogbo festival transcends the Osun people as it attracts tourists from the different countries of the world. We believe that with this, Goldberg’s popularity will even soar among the citizens of the various nationalities that visit Osogbo during the period of the festival.“

Bodunrin also thanked the retailers of Nigerian Breweries products as well as the consumers; whom he described as the back bone of the company.
Visitors to the Goldberg beer village were treated to great indigenous music as fuji acts like St. Janet, a popular Fuji musician and Antenna, the inaugural winner of the ‘Fuji To Bad’ Goldberg activation entertained them. 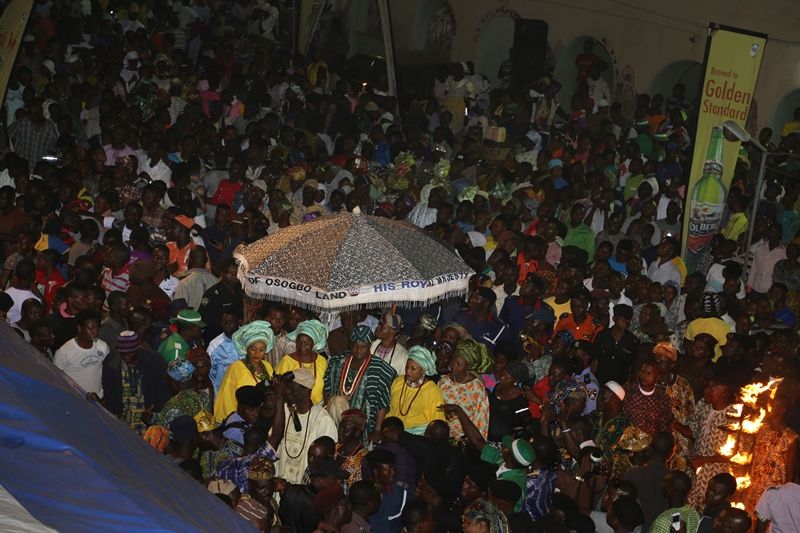 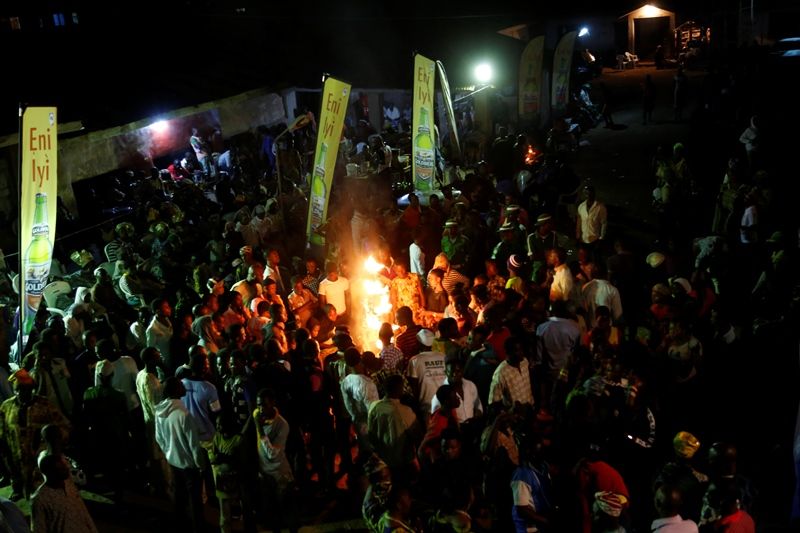 Some lucky consumers of the beer brand also carted home exciting gifts courtesy of raffle draws conducted by Goldberg to reward them for patronage. Some of the gift items which were won via a raffle draw were TV sets, home theatres, generators, bags of rice, among others.

The highlight of the celebrations of 2014 edition of the Osun Osogbo Festival was the procession to the Osun Grove.

Though Ogbeni Rauf Aregbesola, the executive governor of Osun State was unavoidably absent, he sent in a goodwill message. He described the festival as the mother of all festivals which draws crowds from all over the world thereby placing the state on the global tourism and cultural map.

He stated – “What we are celebrating is an integral part of our culture and our culture defines who we are. Osun Osogbo is also our flagship tourist attraction. Coupled with the Osun Grove, which is already a UNESCO heritage site, we are firmly planted in the tourism map of the world. We have been working to develop other tourist sites in the state and we now have a master plan. We intend to develop it and make tourism one of the planks of economic development in the state. Our greater plan is to bring at least one million Yorubas in the Diaspora to attend the Osun Osogbo festival every year. This will generate jobs in tour guides, accommodation, arts and crafts and construction, among others”. 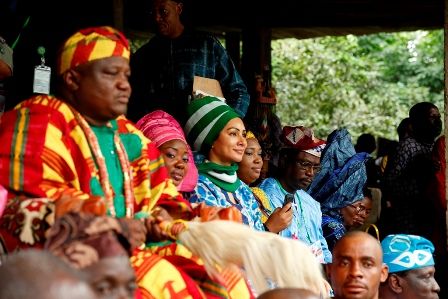 In his address, Oba Jimoh Oyetunji Olanipekun Larooye II (the Ataoja of Osogboland) said – “The Osun Osogbo Festival has continued to endear itself to many people across the globe and has been adjudged as the only festival that has consistently witnessed the largest turnout of visitors and participants among all known festivals in Nigeria. It is one of the festivals that has made it possible to meet old friends and relations who normally come together to felicitate the Osogbo community.“