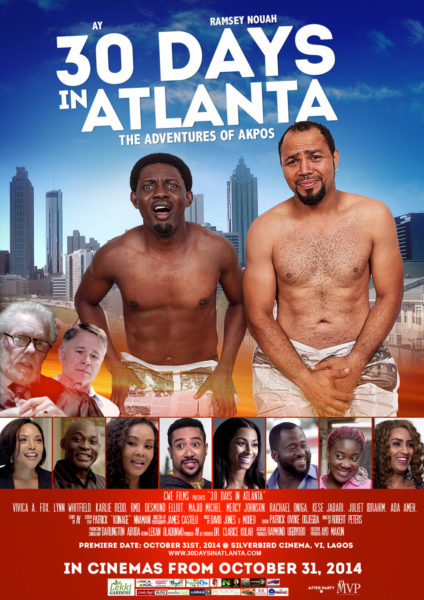 The much anticipated AY’s All-Star Cast and BON Award winning Comedy Movie of the Year “30 Days in Atlanta” is finally set premiere at Silverbird Cinemas with a release to other Cinemas across the nation on Friday October 31, 2014.

“30 Days in Atlanta” is an adventurous love story – spiced with lots of action and hilarious moments.

This humor-filled story paints, in beautiful colours, the hugely popular (and social media trending) Akpos character which was created from the AY Show’s Who Wants To Be A Billionaire hilarious skits. 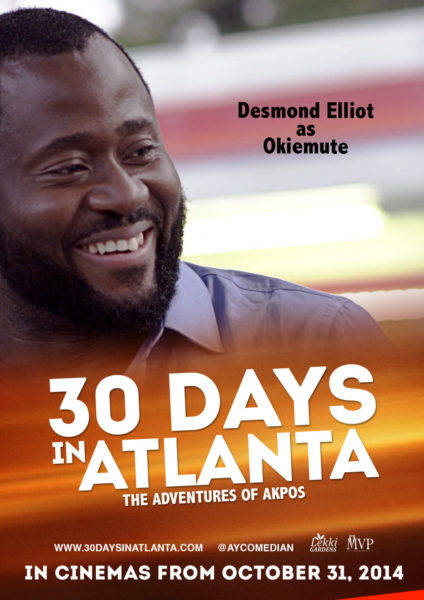 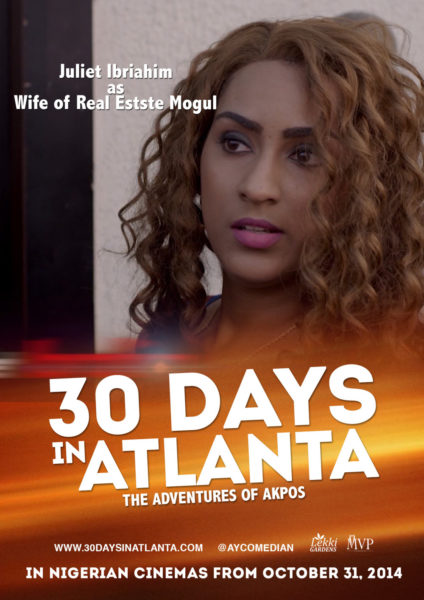 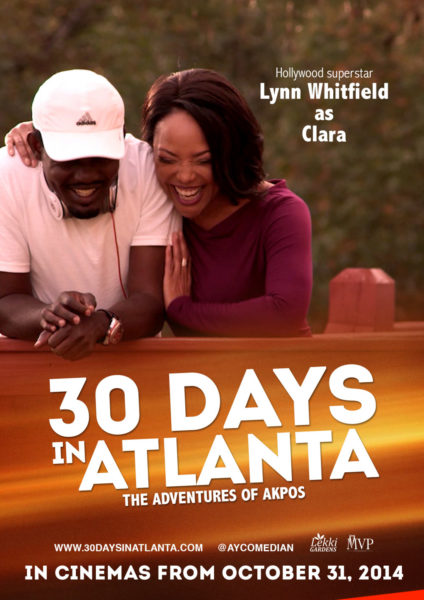 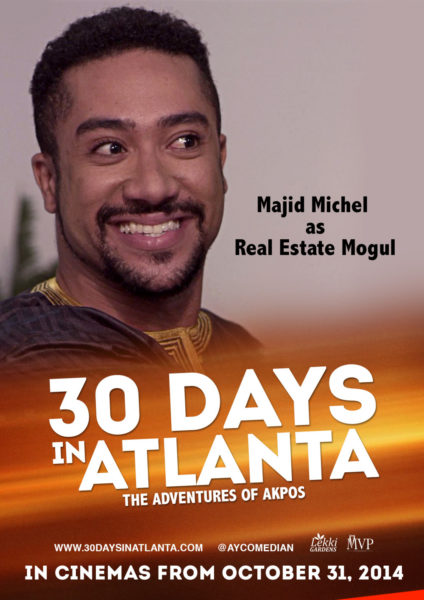 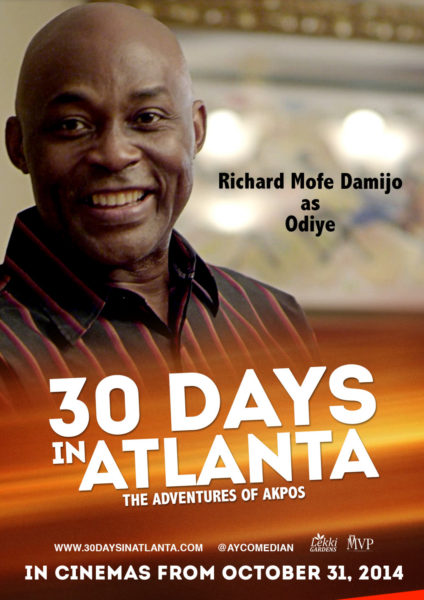 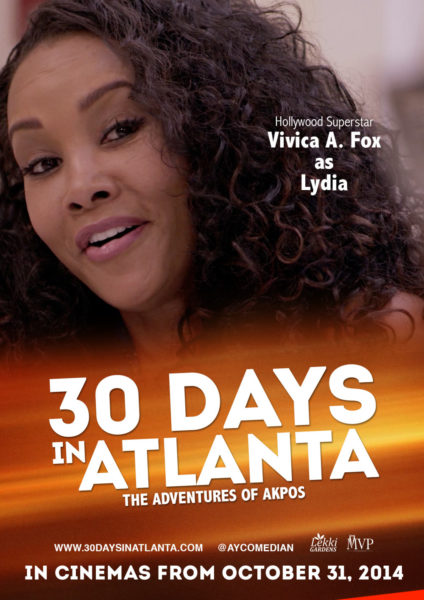 Produced by AY, the movie’s screen play is by Patrick ‘Koinage’ Nnamani and AY himself. The film was directed by Robert Peters.

Eager to see what the movie is about? Watch the behind-the-scenes footage below!