Kim Kardashian-West to Earn $500,000 to have Birthday Bash in Las Vegas! 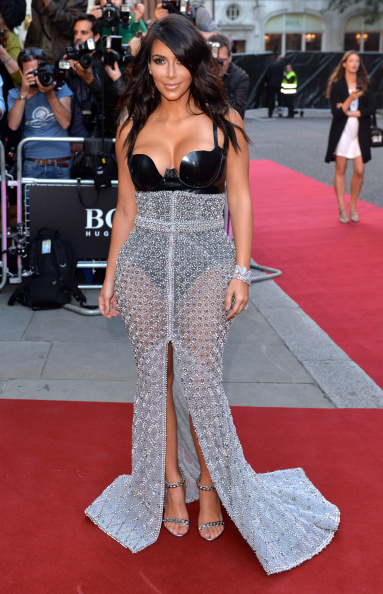 Well Kim seems to be getting some serious  love for her birthday!

Radar Online exclusively reports that the TV star is set to kick off her 34th birthday bash line up in Las Vegas and the TAO nightclub in sin city is set to pay her $500,000 (N82 Million) to celebrate her big bash there on Friday night.

On Wednesday it was reported that Kim charges a whole lot ranging from $750,000 to $1Million for endorsements but it seems like having Kim K party at your nightclub requires a pretty penny too.

So you must be wondering, what will she be doing at the nightclub to be earning such an amount. Well it’s reported that TAO “will be paying Kim $500,000 to spend at least four hours in the club,” an insider told Radar. “Kim will also mingle with other club-goers who have reserved tables at the platinum level, which cost $5,000,” the source said. Rumour has it that her hubby Kanye West will be accompanying his 34-year-old wife along side Kris Jenner.

The insider also revealed that “Kim will be staying in the presidential suite at the Venetian on Friday night, with Kris, in a nearby suite, equally as luxurious. The Venetian’s private jet will also take Kim and her entourage from Los Angeles to Las Vegas. Kim won’t have to lift a finger the entire time she is there.“

Ah! the life of a Kardashian. Would you pay Kim that much or more to have her party with you?

How Many Award Winning Nollywood Movies Have You Actually Seen?