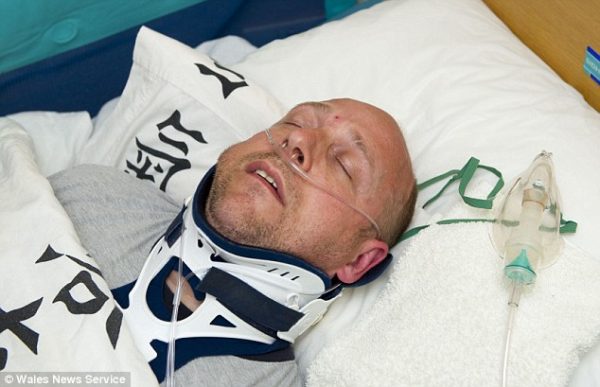 A seemingly perfectly-crafted lie will always fall apart over time.

A fraudster named Alan Knight, scammed his next door neighbour of £40,000 and pretended to be in a coma for two years to avoid jail time, Daily Mail reports. However, he was recently arrested by police after he was found going on shopping sprees and holidays with his family.

The 47-year-old also pretended to be a quadriplegic – paralysed from the neck down. His family even lied on his behalf, telling authorities that he had suffered a terrible neck injury, which had left him in a vegetative state. 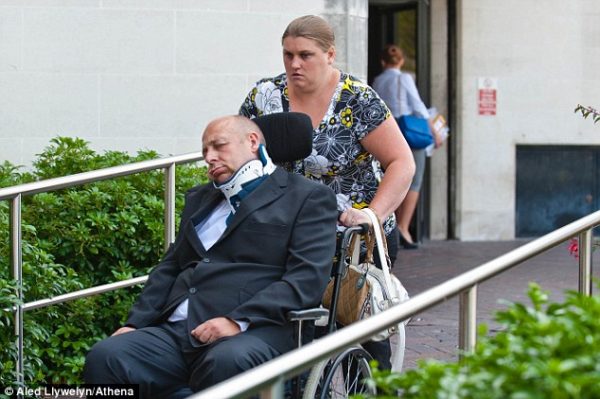 Alan Knight’s wife, Helen, assisted him in the ruse

However, he was arrested after a CCTV recorded him shopping at Tesco, and driving around town.

According to reports, Knight had consistently pretended to be ill to avoid court dates. However, the judge has decided that court proceedings will begin to take place even in his absence.

The judge presiding over the case said:

His illnesses coincide with impending court appearances. I do not believe the symptoms are genuine.

He has been monitored, despite attempts to maintain the fiction. He was seen wiping his face and writing things down, which are inconsistent with being paraplegic or in a coma.”

Knight reportedly used the money to pay for  family vacations and to buy a caravan.

Ebola Drug Trials to start Within Weeks in West Africa – WHO