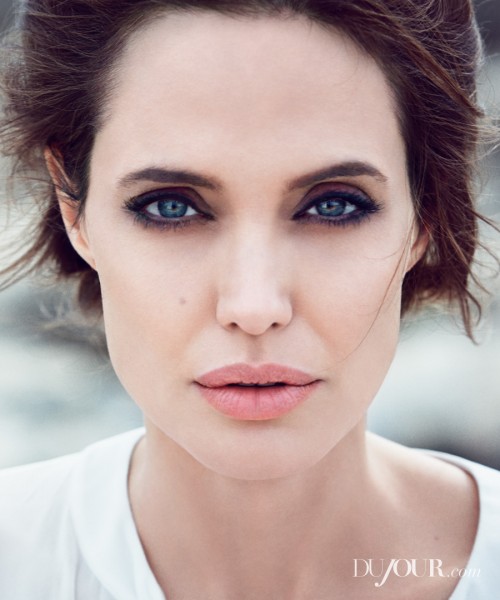 Angelina Jolie has got two movie projects currently – Unbroken and By the Sea – and the Hollywood actress is certainly getting attention as a result.

She has landed two magazine covers – Variety Magazine and DuJour Magazine (which she shares with co-star Jack O’Conell). 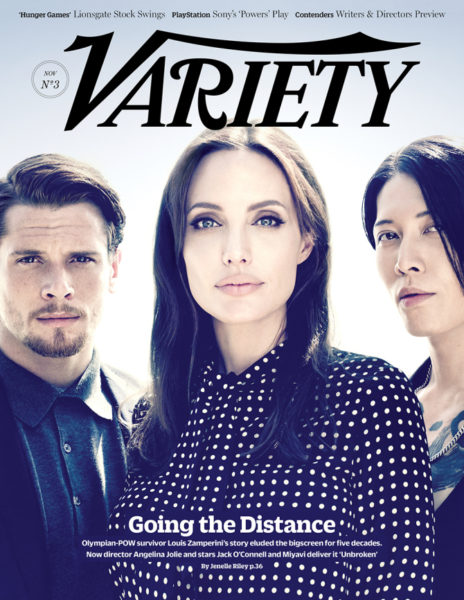 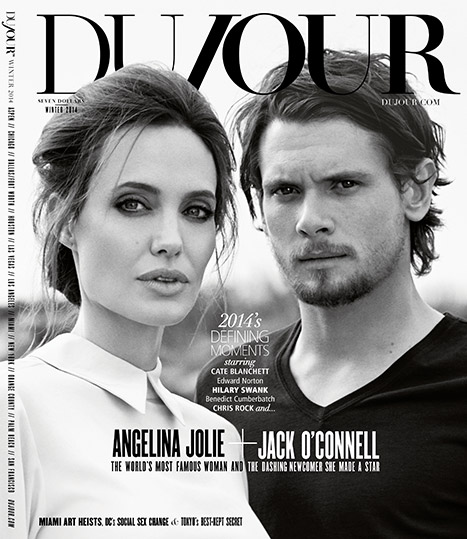 Talking to DuJour Magazine, Angelina Jolie shares details about working with her new husband Brad Pitt on movie scenes, giving up acting and more. Read excerpt from her interview below.

On giving up acting: “I’ve never been comfortable as an actor; I’ve never loved being in front of the camera. I didn’t ever think I could direct, but I hope I’m able to have a career at it because I’m much happier.”

On making By The Sea with husband Brad Pitt: “Compared to Unbroken, this film is a walk in the park. The tricky thing is directing myself and directing Brad. It’s hard, dramatic material, and we’re balancing. It’s a heavy film, and it’s not easy for us. But even as you struggle through it, you’re in the trenches together and you don’t expect it to be easy. We’re challenging each other and that’s a really good thing.”

On Unbroken and her sons: “In the back of my mind, I wanted to make a film that would help my boys become better men. They know Louie’s story, so I’m able to say to them that it’s not bad to be full of fire—it’s what you choose to do with that fire.”