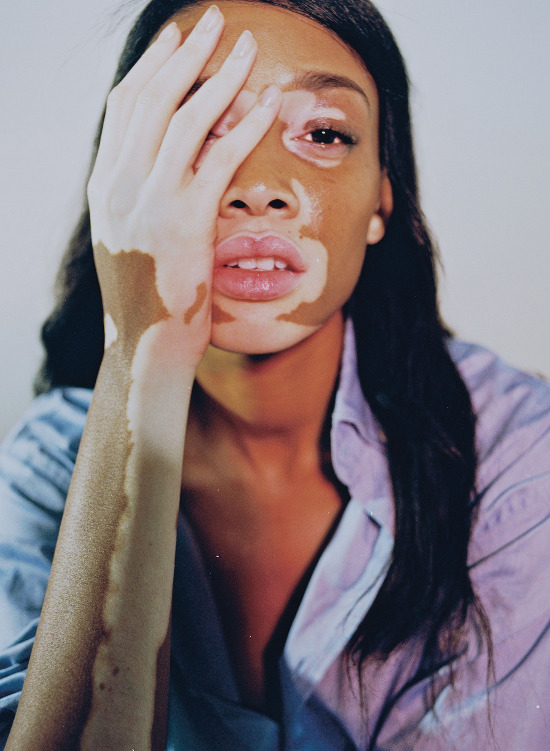 Ex-America’s Next Top Model contestant Chantelle Winnie is a face you won’t soon forget. If not for her beauty, for her skin condition – Vitiligo – which she has turned into a plus.

The model has gained quite a following for her unique look and has served as inspiration for people of colour with Vitiligo.

Shot by Harry Carr for i-D Magazine, Chantelle shows no holding back as she exposes parts of her skin affected and looks stunning doing it.

Check out more photos below; 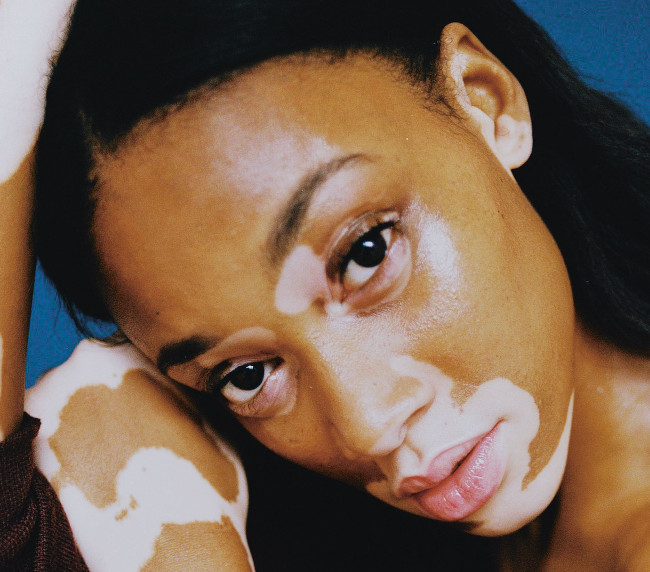 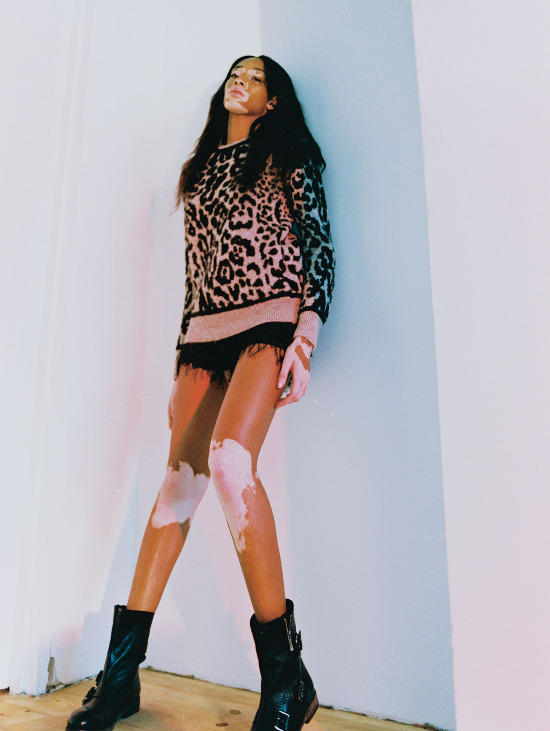 She also had an interview with news and chat site Yahoo! Shine where she talks about growing with Vitiligo and how her modelling career started.

On how she started modelling
[Modelling] was something I kind of just fell into. I did a photoshoot and an interview with a Canadian journalist named Shannon Boodram, who’s like a big sister to me now. She saw me on Facebook, and like a lot of people, at first she thought my skin was done with makeup or paint and I was just doing something cool for a picture. But when she found out that wasn’t it, she thought that I was gorgeous and wanted to interview me and talk to me about my skin and my upbringing.

On being on America’s Next Top Model
There’s a stereotype that comes with the show where it’s like you’re not a real model, you are a reality star – and that’s not what I’m looking for. But in everything you have to take the good with the bad. I was like, you know what, it’s an amazing platform and it’s going to give me somewhere that I can show my face and let my voice be heard – and if it works, it works, and if it doesn’t, it doesn’t. So I just took the opportunity that was at hand and it made for a lot of amazing opportunities.

On the backlash gotten from being on ANTM
Before the airing of the show, I felt like being bullied and the things I went through in my childhood were horrific. They were ridiculously bad. But the worst battle I’ve gone through to date is the negativity from the show.

It kind of looks like since I’m handling it well, they can bully me even more. But it’s just the fact that I’ve been through so much that I can stand up to most things. And sometimes I can’t. Sometimes I’ll break down and I’ll cry – I am a human being. But there are many things I can hold a straight face for, and some people think that means that I am cold or I’m a b—ch, but it’s just being able to take backlash.

read the rest of the interview on www.ca.shine.yahoo.com