Only Kim Kardashian can go from being completely nude on a magazine cover to being effortlessly chic on another in a matter of weeks.

For the “Confidence Issue,” Kim is shot by Jean Baptiste Mondino. 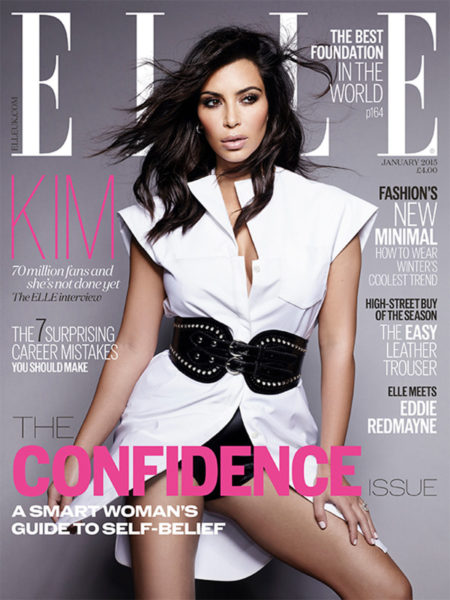 Elle UK states, ‘In an issue dedicated to self-belief, Kim is a poster-girl for what can be achieved when you have it: She has built a staggeringly influential business empire; she makes £2,000 an hour; she gets 20 new social media followers a minute; her new app made £27m in the first three months. She has also, through her unerring self-belief, redefined our perception of body beautiful. Kim Kardashian West is, without doubt, one of the most influential women in the world. But most of all, Kim wasn’t born confident. She had to work hard to achieve self-esteem, and the resilience to face her critics. She discusses this –  and Kanye, Kendall and the role her dad played in making her who she is today – in our exclusive cover interview.’

You can get more information about the issue here.