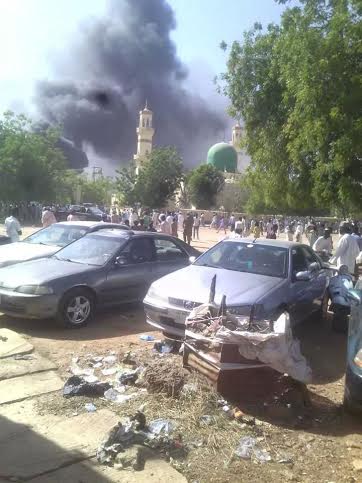 The UN has pledged its “full support” to Nigeria to end terrorism following the attack on Kano Central Mosque on Friday, which left many worshippers dead and several others injured.

This is contained in a statement issued by the UN Secretary-General Ban ki-moon and made available to the News Agency of Nigeria (NAN) in Abuja.

While condemning the act, Ban said that there was no justification whatsoever for the attacks on civilians.

Ban “reaffirms the full support of the UN to Nigeria’s efforts to fight terrorism and to provide security to the population consistent with international law and Nigeria’s human rights obligations”.

He conveyed his “deepest condolences to the families of the deceased and to the people and Government of Nigeria” and wished swift recovery to the injured.

The Secretary-General called on the relevant authorities to swiftly bring the perpetrators to justice.