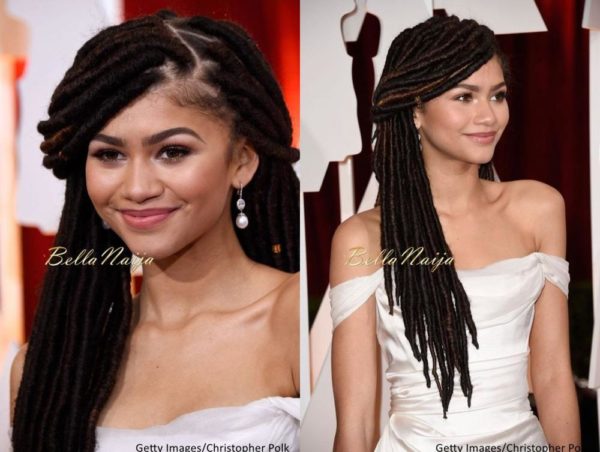 It seems like everyone is feuding these days. From Amber Rose vs Kanye West to Wizkid vs Skales…Let there be love?

During the annual E! Fashion Police Oscars episode, Giuliana Rancic angered viewers and fans when she described Zendaya’s locs as making her look like she “smells like patchouli oil … or maybe weed.”

Immediately, fans responded in anger. With tweets directed against Giuliana. Many felt her comments were racially insensitive. A few hours later, Zendaya posted this eloquent message on instagram. In her note, she detailed why she was inspired to rock locs at the Oscars. 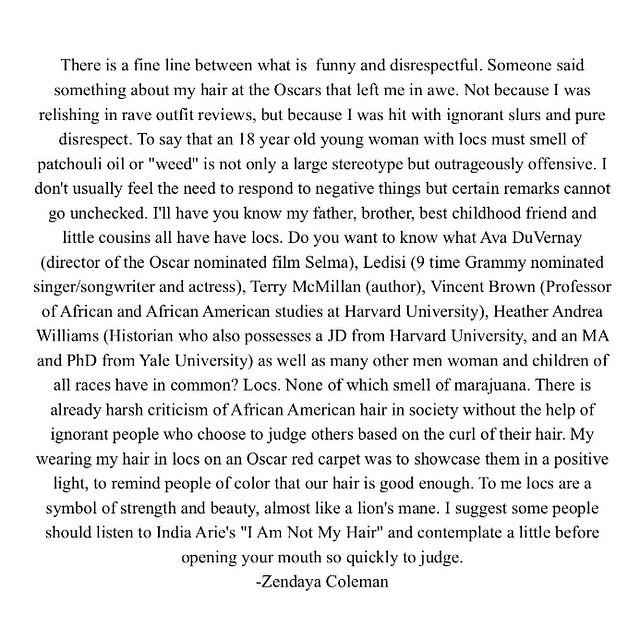 Dear @Zendaya, I’m sorry I offended you and others. I was referring to a bohemian chic look. Had NOTHING to do with race and NEVER would!!! — Giuliana Rancic (@GiulianaRancic) February 24, 2015

Kcee & His Fans! Check Out the Backlash about His Outfit and His Reply