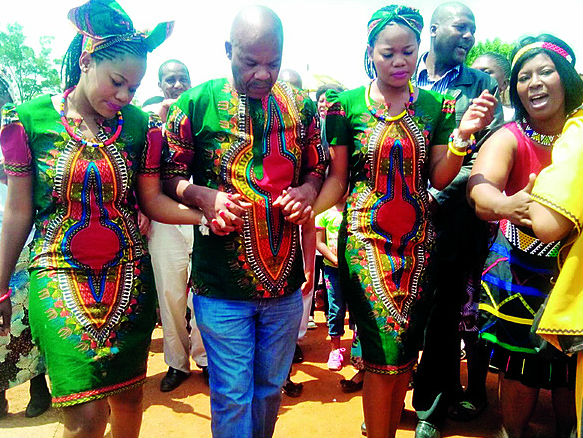 Many twins are known to be inseparable and usually share an unbreakable bond.

However, two South African twin sisters loved each other so much, that even marriage couldn’t separate them. They married the same man.

According to The Drum, for identical twins Owami and Olwethu Mzazi, it was their life-long dream to marry the same man.

They stated that during their childhood days, they shared everything.

“We have always done everything together…that is how our grandmother raised us. So when we decided to marry, we said any man that wants to marry one, will marry the other,” said Owami.

Naira falls to a record low against the Dollar! BellaNaijarians Tell Us How This Dip is Affecting Your Life & Business