Charly Boy is known for his controversial words but this is on a whole other level. 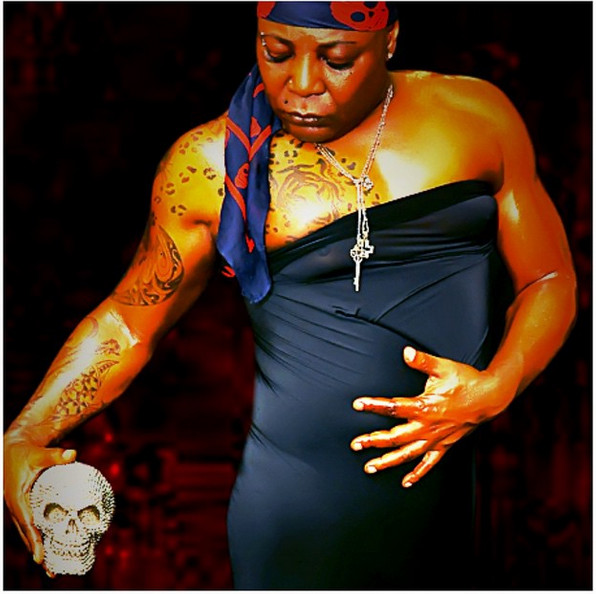 I Am, Lucifer.
No come dey frown face as if you be winche. As you don hear Lucifer now, e dey be you like make you take off? Sometimes I wonder, What’s really is in a name.

Yea! Sometimes a name could be such a big deal. Am sure you’ve heard the phase “As pious as a Pope”, but sometimes some of the Popes ain’t all that, abi? As gentle and peaceful as Jesus, who really thought his followers Love and tolerance.
Now,when you hear the name Lucifer nko? All negative things come to mind, like demons, Satan, evil, wickedness, name it. However, such mindset is as laughable as it is ridiculous and nonsensical.

Now, let me bring light to the hidden things of darkness. The task is a laborious one but it is neither impracticable nor useless, just a way of sharing this Truth on somethings hidden by the darkness of prejudice and ignorance.
The ignorant erroneously believes that Lucifer = Satan, has struck its roots too deep in the soil of blind faith, to allow many people to bravely, boldly, and unashamedly accept the true origins and true nature of what the so-called Lucifer actually is. Those who attempt to do so are always bound to be immediately labelled as “satanists” and “devil worshippers” like Us, by a certain class of Christian, those whose trademark characteristics invariably tend to be wilful ignorance and mental laziness.

It has indeed become a “branded name,” one which still automatically conjures up the image of an anthropomorphic devil even in the minds of the most hardened atheists. Haba, e don do.

Consider these few points.
“Lucifer” literally means Lightbringer, Lightbearer, Bringer of Dawn, Shining One, or Morning Star. The word has no other meaning. Historically and astronomically. The word “Lucifer” occurs only once in the entire Bible. This is in Isaiah 14:12, which says: “How art thou fallen from heaven, O Lucifer, son of the morning! how art thou cut down to the ground, which didst weaken the nations!” Those who read this verse in its actual context will clearly see that the sentence is applied specifically to a certain Babylonian king who was an enemy in war of the Israelites.
Christianity does not have a monopoly on the term “Lucifer” nor on its definition. The Christian concept and definition of the term “Lucifer” is merely the latest in a long line of definitions and interpretations of this pre-Christian-term

All of this, so f*ing what Charly?

Christians who claim that Lucifer is the devil actually have no Biblical basis or authority for such a belief. Though they may claim to be “Bible believing Christians” whose faith is built solely on “the Word of God” they are actually followers – in this and many other respects – of Christian religious tradition and not of the Christian Bible. Or have they quietly conferred divine infallibility upon their Pastors, Prayer warriors, and Man of God.

Yes, I am Lucifer and am Proud.

Related Topics:Charly BoyI am Lucifer
Up Next

“D’banj is incapable of making another hit song.” Joy Isi Bewaji urges Him to go the P.Diddy Route in Open Letter