Special Adviser to the President on Ethics & Moral Values: Indecent Dressing is a Cause of Rape 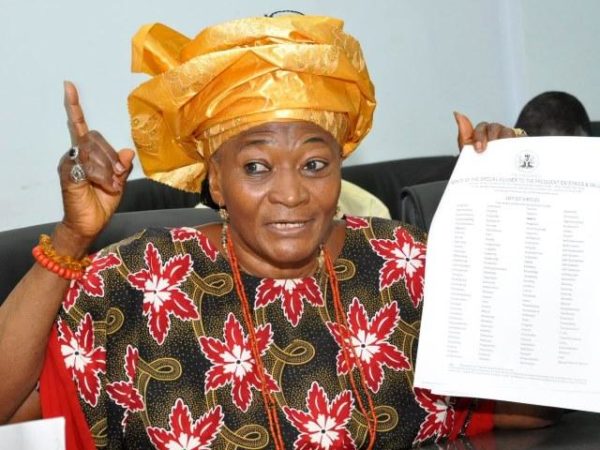 Sarah Jibril, the Special Adviser to the President on Ethics and Moral Values, on Monday warned that indecent dressing by ladies was an open invitation to assault or even rape.

Jibril gave this warning in an interview with the News Agency of Nigeria (NAN) in Abuja.

She said that dressing indecently and in a sexually suggestive mode brings dishonour to those concerned.

The special adviser said that indecent dressing, especially amongst the youths, was one of the causes of the incessant cases of rape and sexual harassment across the country.

She blamed the scourge of indecent dressing on poor parenting, peer pressure, wrong use of the Internet, fading values as well as demonic influence, among others.

She advised parents to be good moral examples to their children, adding that they should also give their children attention and regulate the films they watch at home.

Parents should not be too harsh or too strict to avoid scaring them away and anything that concerns them should not be taken for granted. Show them love and mentor them; more importantly, always pray for them for God’s guidance and direction.

Our religious leaders should always preach against indecent dressing. Such dressing is not African culture. We go round the states preaching to our youths telling them to be mindful of the kind of cloth they wear,” Jibril said.

She further stated that her office was collaborating with relevant security agencies on the issue,  adding that the essence of the partnership was to ensure that those who dress indecently are corrected by the agency.