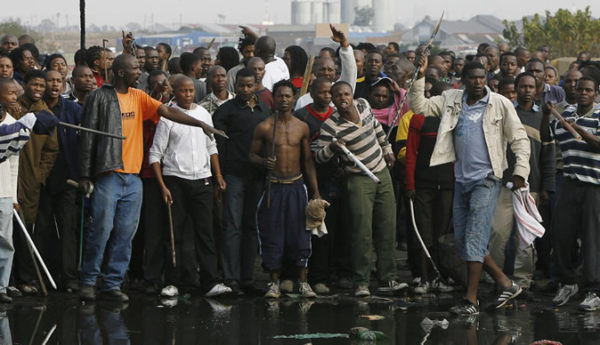 As a result of the ongoing vicious xenophobic attacks on foreigners, including Nigerians, in South Africa, the Nigerian High Commission in Pretoria has announced that evacuation of Nigerians will begin on Monday, April 20th.

According to Leadership, the commission made the announcement via a statement, which read in part:

As from Monday 20th of April 2015, the process of evacuating Nigerians from South Africa will begin as directed by the Federal Government of Nigeria due to the ongoing Xenophobic attacks on black foreign nationals in the Republic of South Africa. To that effect an evacuation register will be open at the High Commission in Pretoria for Nigerians intending to return to Nigeria but cannot afford flight tickets.