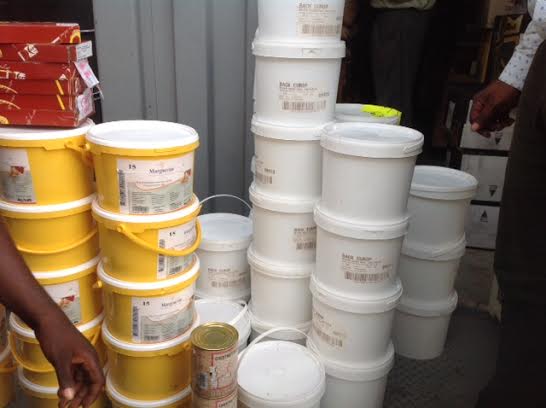 Many who frequent the shop/building, that also houses sister companies 96.9 Cool FM and 95.1 WAZOBIA FM, amongst others, and were shocked to find out it was shut down by NAFDAC last week. According to City Reporters, several facts emerged: 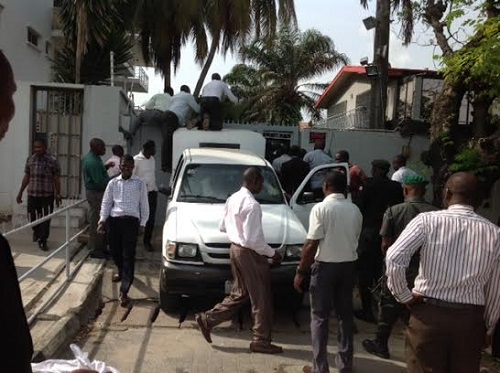 Photo from the Raid

The foreign chefs also gave chilling insight into the business practices – they knew the products were expired but still went ahead to make them. City Reporters states:

On interrogation, the jittery cooks who identified themselves as John Gbokasa and David from Benin Republic confirmed to NAFDAC officials that the House belongs to Mr Moussali and that the fake, unregistered and expired food products found inside the two cold rooms were for Chocolat Royal.

“Anytime they need some products to prepare edibles at Chocolat Royal, they come here with van and mine is to give them key to take whatever they want and after they finish taken the items, they will return the key to me,” John added.

They however begged the NAFDAC officials not to arrest them but wait until their boss, Mr Moussalli who absconded and is still at large or the wife who they said was out of the country return. NAFDAC however, turn down their plea and arrested the two who during interrogation at Apapa office of the Agency gave vital information to NAFDAC.

You can read more of the shocking account on City Reporters.

Related Topics:Chocolat Royal
Up Next