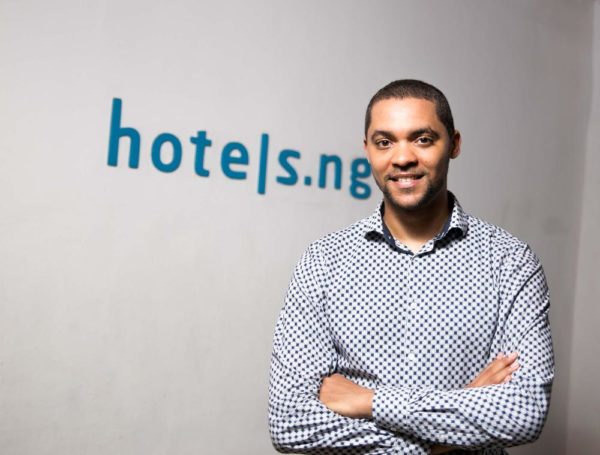 BellaNaija loves innovative entrepreneurs!!!It’s even better when they’re as aesthetically appealing as the subject of today’s BN Making It! – As the founder of Hotels.ng, Nigeria’s leading hotel listing company, Mark Essien, is toeing an uncharted course in the Nigerian business space.

In a chat with BellaNaija, Mark, talks about the inspiration for Hotels.ng, his plans for the future, and how he copes in a relatively new sphere. We hope you enjoy reading about this intelligent and enterprising young Nigerian! Oh, and read on to find out if he’s single *wink*

Hi Mark. Thank you for agreeing to do this. Can you tell our readers a little bit about your background?
I spent the early years of my life in Nigeria – my nursery, primary and secondary schooling were in Akwa Ibom – in the town called Ikot Ekpene.

As a kid, I was often fascinated by my father. He was always very interested in engineering, even though that’s not what he studied. My father built a number of fascinating machines. I remember the dredger he built from scratch with the purpose of extracting sand, and a robotic arm that was impressive in its dexterity. I would say that watching him do these things influenced me and set me on the path that I am on today, with regards to my skillset, my approach to business and the attitude I bring to problem-solving.

When I was done with secondary school at FGC Ikot Ekpene, I wanted to study engineering, and so my parents sent me to study in Germany. In Germany, I picked up a keen interest in coding (it was something I did to stay awake on a night job). I also acquired my BEng and MSc in Berlin.

Concurrently, and afterwards,I developed and built my own products and sold some of them to companies. I worked for some companies too.

Can you share some of your most memorable childhood moments?
Most of my fondest early memories occurred in Ikot Ekpene, Nigeria. I spent the first 18 years of my life in that beautiful, small and quiet town. In all that time, I travelled out of the town only sparingly – not more than ten times.

Of course at the time there was no internet so most of my time was spent in the library. I had a healthy appetite for science fiction.

Also – I remember the first time I travelled to Europe. It took me almost a week to figure out how to use the trains, which, naturally, resulted in personally hilarious episodes. 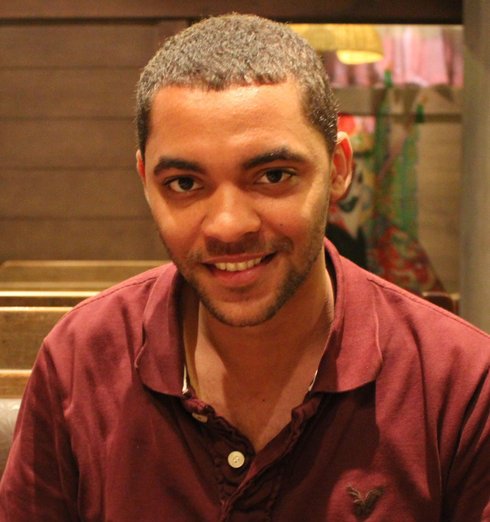 How did you transition from a degree in computer science and robotics into what you do now? Did you come from a 9-5 background?
The transition was pretty straightforward: after my B.Eng in Computer Engineering, I went on to acquire an MSc in Computer Science.

Before Hotels.ng I created a software, Gnumm, which was acquired by Snoopstar. I worked at Snoopstar for some time, before I began to build my own products. I created some useful iPhone apps when the appstore was still just revving up. I also created one of the first Mpeg Encoders, Standard MPEG, which has been bought by companies like Disney and the American Military.

I spent the years before Hotels.ng building my own products and doing contract jobs for other people.

So tell us about Hotels.ng
Hotels.ng is Nigeria’s first and largest hotel booking platform. We make it easier and convenient for people in Nigeria (and people visiting Nigeria) to make hotel reservations and find the right bookings for their location and needs at any given time. We currently have more than 7,000 hotels listed on our platform from all across the country.

What inspired you to start Hotels.ng?
The fire for internet startups in Africa had just been kindled and all anybody needed to do was to identify the emerging markets. At the time, Jumia, Konga and the others were already riding the waves and I observed that travel was also going to be the next big thing. I had seen it happen in Brazil and India and I could count on internet technologies adding the boost to an already-growing market. I was in the final months of my M.Sc and I was beginning to critically look at my professional future at this point, and it was in one of these moments of introspection I considered the veritable virgin land that was hotels and tourism in Nigeria from the vantage view of a startup.

Of course at this point what I had was mere conjecture, but I believed that if a comprehensive platform was created to serve a well-defined market, it would be a remarkable feat. Already we had another company dedicated to airline bookings and tickets (Wakanow) leaving the hotels ecosystem still fallow, which I capitalized on. I needed to test this hypothesis, so I returned to Nigeria to test my model and the rest, as they say, is history.

What is the staff strength of Hotels.ng?
We have 36 members of staff on-site, that is, in the office, and number of employees working freelance.

Did you have nest egg for capital to start or did you have to reach out to investors?
In the beginning I had some personal money, and this went into buying the domain name and the initial list of hotels when I was in Germany. I returned to Nigeria and started with Calabar. There, I – with the help of a friend – struck up relationships with as many hotels as possible, signing agreements and taking photos. We were already pulling impressive traffic numbers so much so that the day we enabled hotel bookings on the platform we instantly began getting reservations.

However, the expansion process that has led to what Hotels.ng is today started when I began to put out press articles which attracted the attention of Iroko TV’s founder, Jason Njoku. He contacted me on Facebook and told me that Spark.ng was interested in investing in viable startup ideas like mine. Spark.ng made an initial investment of $75,000 in Hotels.ng and I moved to Lagos to set things up. The momentum had picked up significantly and shortly after Spark.ng made another investment of $150,000. With this financial buffer, we began to grow our hotel listings and expand our customer base. 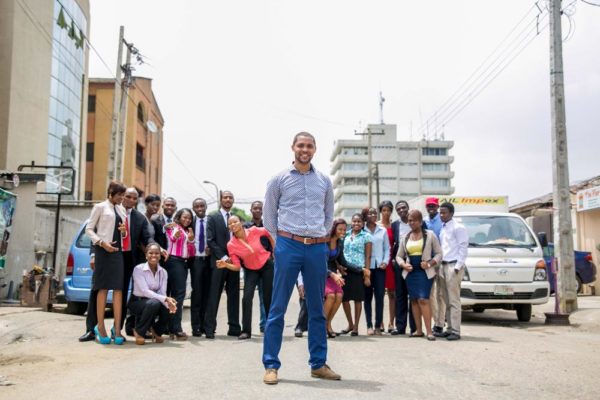 Please walk us through the process you take for listing hotels?
We currently have 80 people out there, constantly searching for new hotels and updating the information about them on our platform. Every state and town in Nigeria has been visited by Hotels.ng staff.

How would you been able to wade through the murky waters of insufficient data bases and the inherent infrastructural issues in Nigeria?
By adaptation. The Nigerian business ecosystem is unique in certain regards, and we have learned to take all challenges in stride. The issue of insufficient databases, for example, was a potential setback, but then again it was the opportunity for us as we became the first to beat the odds and rack up data where it was hitherto non-existent.

How profitable would you say running hotels.ng is and what is your projection for the next 5 years
Hotels.ng’s profitability has been established by its records since inception, and we expect to control 90% to 95% of local hotel booking in Nigeria and 50% of the African hotel booking market within the next five years. 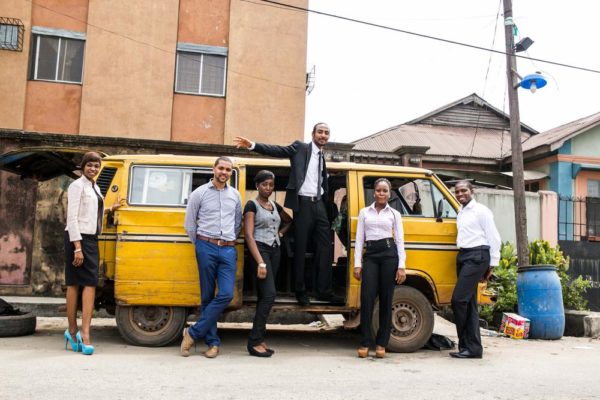 Wow! That’s interesting. Please describe a particularly difficult bottle neck you encountered and how you rose above it?
Finding the right people to work with has been known to slow down the flow of business, but with smart relationship building and streamlined recruitments, we have been able to surmount this.

What are the challenges you face as an entrepreneur in the modern day Nigerian business space? 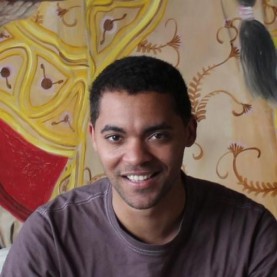 We face the same mainstream problems: electricity, internet downtimes, bureaucratic bottlenecks.Do you have any plans for expanding into other aspects of travel and tourism? It is a possibility we are keeping open, allowing Hotels.ng’s growth curve inform our decision-making.

What would you say is the defining marker that sets you apart from other players in your industry?
I educate myself more. I am never tired of reluctant to learn new things. In addition to that, while I am very cautious, I am not afraid of trying anything.

What would you say is your biggest motivation for continuing hotels.ng
I have seen the potential in Hotels.ng, and that is what keeps me going.

How do you family life with work? What keeps you going?
I have a fairly balanced work-family ethic, with my time shared between the two. My love for my family is akin to my love for my work, and my family understands the importance of my work. I am quite passionate about my family and my work. I find that once you have defined the things that are most important to you, you are less likely to run the risk of neglecting them.

What would you say is the highlight of your journey so far as an entrepreneur?
It has to be the profound realization that I could achieve the things in my head – and that they would actually work!

What’s the most profound thing you have NEVER said in any interview?
Always look at what you are doing at any time in this way: knowing the information you know now, is this the best choice? If you look back in time, would you understand why the you-of-the-past made the choices he did? If this is so, then you must pick that choice and support yourself with all your might. 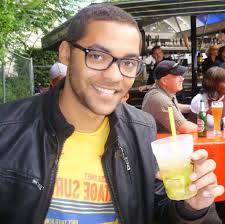 If you read BellaNaija, then you’d know that our readers will take a look at your photo and scream “Is he married?”. So tell us… are you married or single?
I am single, but I am also in a committed relationship.

How do you unwind after a very difficult work day?
I do any of a number of simple things: I read science-fiction, write, have refreshing discussions with fascinating people and mentally review the day’s activities in preparation for the next.

How would you describe your fashion style?
I’d describe it as utilitarian. I try to dress as comfortable as possible.

Three items you won’t leave home without?
My iPhone 6, my keys (which include USB and Bank Token), and a moleskine notebook for random ideas.