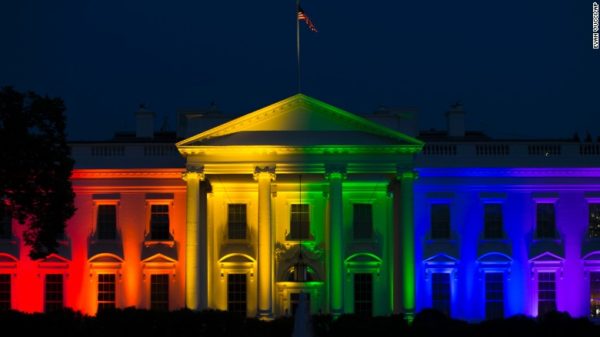 The White House was illuminated in rainbow colors on Friday evening, as a show of solidarity for the gay rights movement, CNN reports.