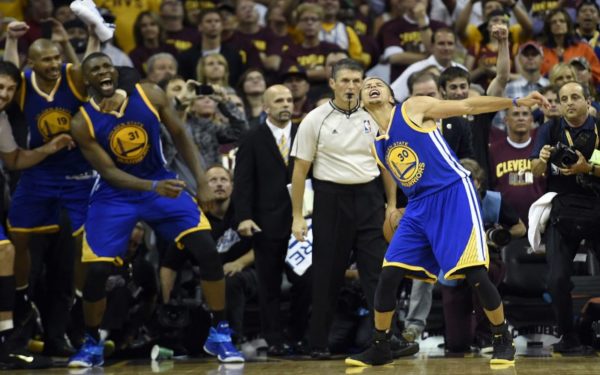 In the words of Rihanna, “sometimes it takes a thousand tries to win.” Well, for the Golden State Warriors, it took 40 years for them to win an NBA title after their first win in 1975.

Daily Beast reports that the Warriors defeated the Cleveland Cavaliers 105-97 in Game 6 of the NBA finals to take home their first NBA title in four decades.

Here is a summary of how the game went according to the report:

LeBron James hit 32 points, 18 rebounds, and nine assists, but it wasn’t enough to stop Stephen Curry, who put up 25 points, six rebounds and eight assists while NBA Finals MVP Andre Iguodala added 25 points to clinch the title Tuesday night at Cleveland’s Quicken Loans Arena. The Warriors came back to win the final three games in the series after the Cavs had taken a 2-1 lead. Iguodala, who beat out series favorite James, is the first Finals MVP to win without starting a single game in the regular season.

BN Bargains: Win a FREE Pair of Shoes from We Stay Cute Boutique + Discounts on Blazers for Women at Fasho