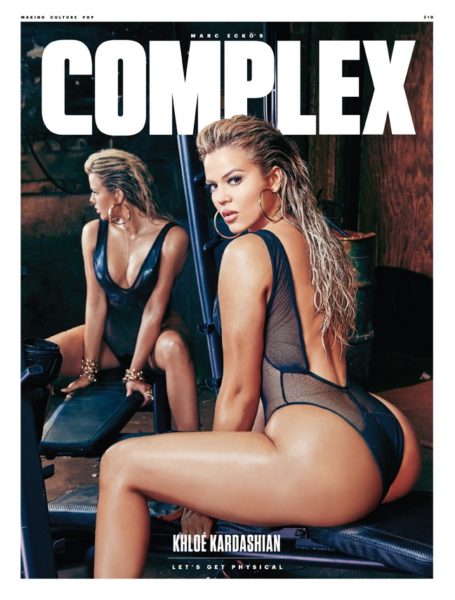 At this point almost all the Kardashians have had one provocative magazine cover or the other so it comes as no surprise that this cover of Complex Magazine, featuring Khloe Kardashian, is as risqué as one can expect.

She covers the magazine wearing a risqué outfit with her back towards the camera and her gym-gotten bum in full view.

In the magazine Khloe touches on her past episode with Amber Rose, Kylie Jenner and Tyga‘s relationship, French Montana, hearing her mum Kris having sex, missing Lamar and more. 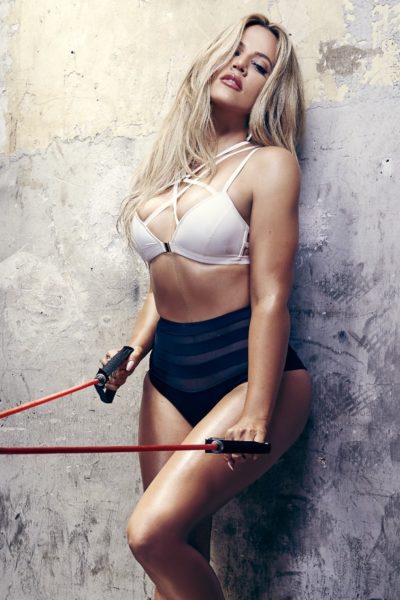 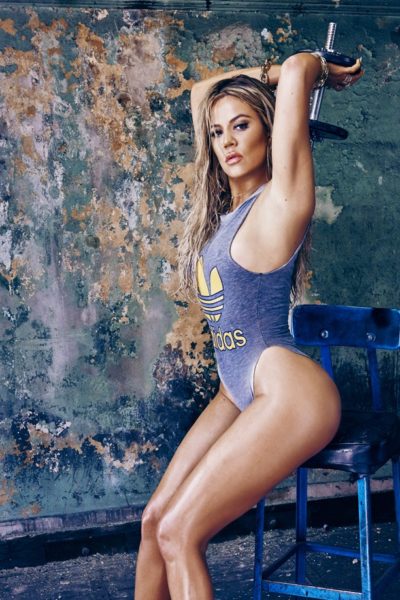 On Amber Rose: I just feel like it was unnecessary for her to say anything, and I used her own quote back. It was from her talking about when she became a stripper so I’m like, “How are you judging and saying Kylie should have a curfew?” What I thought was crazy was she was telling my sister to act a certain way or have a curfew, but [she wasn’t] doing the same. So just don’t comment. How was I slut-shaming by saying don’t throw stones at glass houses? There was no slut-shaming. I am not one to slut-shame, I have done slutty behavior myself.

On Tyga and Kylie: I think at 16 I was probably f*king someone that was in their 20s, for sure. I wouldn’t say I was even dating, probably just sleeping with them. But again Kylie is not a normal 17-year-old. You’re not gonna say, “Hey, so what are you doing this weekend?” and have her say, “Having a slumber party at my girlfriend’s,” or “Going to prom.” That’s not what Kylie does. Kylie is taking business meetings and bought her first house, or she’s going on a private plane with Karl Lagerfeld to take a meeting. That’s not even what people do in their 30s. It’s a rare circumstance, so let’s treat this as a special case.

On French Montana: We haven’t dated in a few months. I’m friends with him. I talked to him recently because his best friend was just murdered. He’s a great guy, super funny, a sweetheart. I don’t know if I believe in rebounds, unless you just sleep with someone for a night or two. They’re just people you can laugh and have a good time with. My life is so serious, or always moving so fast, it’s fun to have that outlet to enjoy and let your hair down and not worry about things.

On being cool with French Montana: When you f*k someone, why would you not…. Like, if someone has seen my vagina, I think it’s OK that I say hi and give him a hug hello.

On the About Bruce specials: “None of us ever knew about his transition, and that’s what got confusing on the special. He spoke to us about six months prior and said that he’s always dressed up in women’s clothing. We used to find them. I just never told my mom because…we all didn’t know… I think what hurt me the most was that we as a family wanted to be a part of his transitioning. I could imagine that it’s so lonely. Don’t you want people to support you and be there with you? But then I don’t know if that’s a selfish request.”

On seeing her mom dating again: “My mom is living the good life right now. When I found out she was dating, or even texting back and forth, it was so weird to see her giggly. I’m like, ‘How do you flirt? Like, what do you guys say?’ And it is disgusting. It’s awkward. Why is a 32-year-old, or whatever he is, why is he talking to a 50-fabulous-something woman? That’s just—and I say it to her all the time—weird. Hearing them have sex is wild and I’m traumatized.”

You can read up her full feature and see more photos here.

“I was also viewed as just an actress…” – Kate Henshaw Speaks to ELLE SA on ‘My Nigeria’ Project, Going into Politics & More