After 3 Decades in Power Ugandan Pres. Museveni Set to Run for President Again 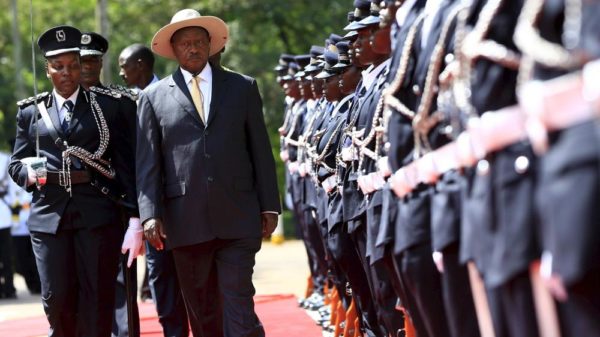 President of Uganda, Yoweri Museveni, is preparing to run for president yet again, even after 30 years in office.

Museveni, 70, picked up presidential nomination forms on July 31st, indicating that he would like to continue ruling for at least five more years, Quartz Africa reports.

“The historicals [party leaders] agreed that as a way forward, I come and pick these nominations forms and I offer myself for the position of party chairman and NRM presidential candidate for the period 2015-2021,” he said to his supporters.

Museveni secured the presidency through a coup three decades ago, and has been re-elected three times since 1996. A recent poll suggests that 71% of Ugandans will vote for him again for another term, which will move him up the ranking table of Africa’s longest serving leaders.