How Fantastic is Trank's "Fantastic Four"? | Get Tickets on Tripican.com 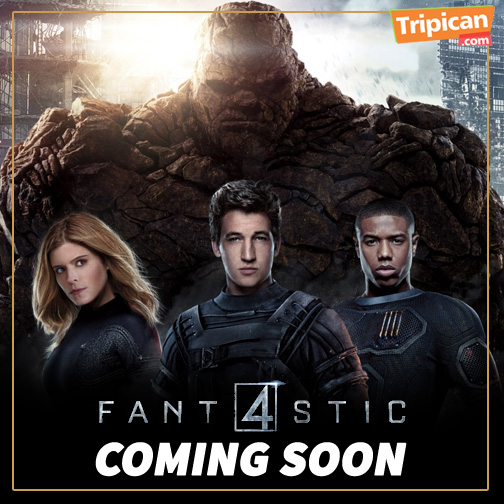 It’s been 8 years since we saw the last reboot of Marvel’s Fantastic Four on the big screen. With rights to the movie sold to Fox, a latest movie of the 4 superheroes is opening in the cinemas on Friday. With so much buzz about how this particular franchise has tanked at the cinemas, we find out if this particular movie is any better.

Directed by Josh Trank, this movie focuses on a group of 3 young men and one woman who develop superpowers following an accident. They end up battling a villain (who used to be a known ally) when the power he is given drives him insane. It starts off by introducing us with a background story of 11 year old Reed Richards and his friend – Ben Grimm meeting for the first time when Reed sneaks into Grimm’s family’s junkyard to steal a transformer he needs to build a tiny teleportation device. This is what builds up into the present day and the major story.

Starring Miles Teller, Katie Mara, Michael B. Jordan, Jamie Bell and more, Fantastic Four is definitely one superhero movie whose reboot has been long overdue, and we are excited to see our famous 4-teamed group back on the big screen.

So if you enjoyed the comics, the cartoons and the last Fantastic Four movies, get to the cinemas from Friday and relieve your unwavering love for Mr Stretch, The Invisible Woman, Human Torch and The Thing.

Fantastic Four opens in the cinemas on Friday and you can get your tickets at www.tripican.com.

David Oyelowo to Portray James Bond in an Audiobook