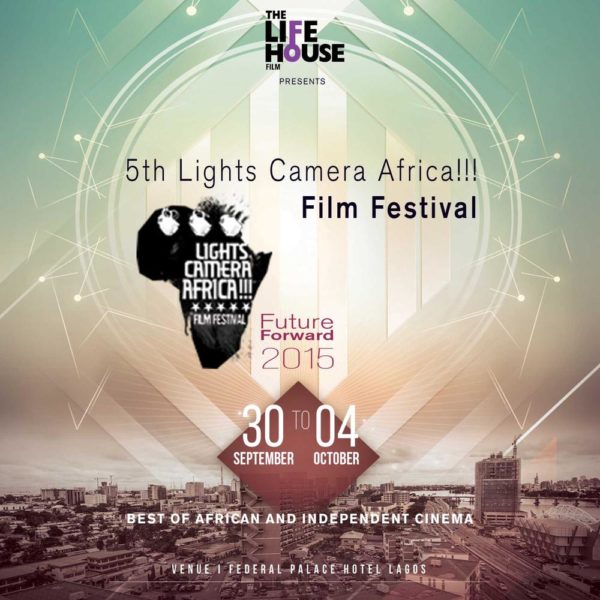 In a rousing fifth year, the Lights, Camera, Africa!!! Film Festival presents this year’s festival, titled ‘Future Forward‘. Future Forward is an assembly of bold and energetic pieces of African and independent cinema that portray a purposeful quest for achieving a higher self.

This year’s festival will feature films by critically acclaimed Tunde Kelani, Remi Vaughan-Richards, and 23 other top African directors. Films like Gone too far, the award winning Timbuktu by Sissako, Faaji Agba, which would premiere world-wide on the 30th September 2015 would be featured during the festival.

The opening ceremony for the five-day Film Festival will take place on the 30th September 2015 at the Federal Palace Hotel Lagos. It will be a week dedicated to the best of independent African film, workshops, panel discussions, talks and family-friendly programming. Also it will include visual, literature and musical showcases, fun after parties and the very popular Festival Souk.

Get ready Lagos and join us for the Lights, Camera, Africa!!! Film Festival.