Justin Bieber has had an interesting past couple of years of stardom and we’ve watched him grow from the sweet 16-year-old to the rebellious 19-year-old and now to a 21-year-old who is trying to find his way.

Complex magazine has done its best to depict this with their October/November 2015 cover where Justin Bieber is shot under water with chains on his hand and a caption that reads ‘Don’t Panic’.

At various times in the past three years—when he was arrested and charged with DUI, when he was caught urinating in a mop bucket, when he smirked his way through a legal deposition—it’s felt like Justin Bieber was trying to escape something. He’d rocketed to fame in 2010 as a 16-year-old, but as his teen years gave way to young adulthood, Bieber seemed hemmed up by the squeaky clean image he’d cultivated. Either that or he was just a young man with a few wild oats to sow.

In any case, Bieber is riding a wave right now: two top ten hits, and his first proper album in three years (made with a couple collaborators you may have heard of—Kanye West and Rick Rubin). For all the controversies and changes he’s endured, Bieber has emerged seemingly unscathed and ready to re-assume the mantle of most popular musician in the world.

The editorial spread, shot by David Black, is even more interesting. Complex magazine describes it as capturing Justin Bieber’s escape.

Take a look below. 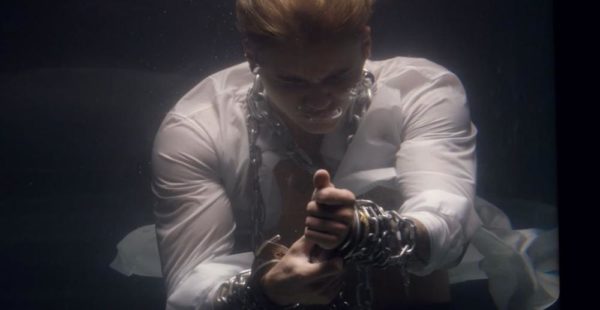