Pope Francis’ Tour of the United States has been a hot topic in global news headlines for the past couple of days.

An unexpected focus of some of the news has been the issue of what First Lady, Michelle Obama, wore to meet the iconic religious figure.

She wore a $2,290 Carolina Herrera dress, and some pundits have criticized her “extravagant” choice of attire, pointing out that she shouldn’t have worn it, as the pope frequently speaks against excessive capitalism.

In a nutshell, this excerpt from a Breitbart article encapsulates what critics are saying:

Reports state First Lady Michelle Obama, looked lovely and classy while greeting Pope Francis Tuesday while wearing a $2,290 dress. While the Obamas are not Catholics, this is still a finger-in-the-eye to a White House guest who frequently speaks out — to wild Democrat applause — about the evils of excessive capitalism…

According to WorldVision, you can feed a child for just $35  a month. Michelle Obama’s dress would feed over 80 children for that month. This choice obviously is contrary to the values of Pope Francis. But the Obamas’ religious values come from elsewhere, a divisive and disturbing place, not a charitable or unifying one. 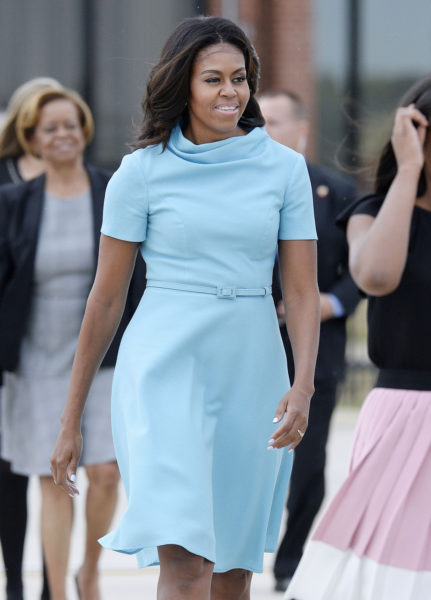 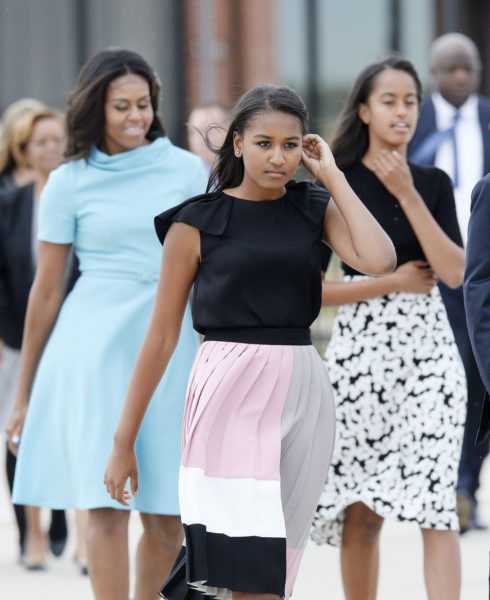 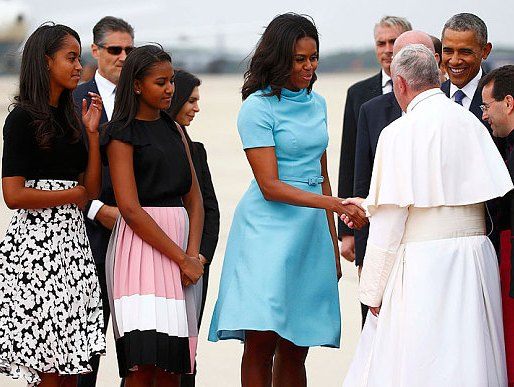 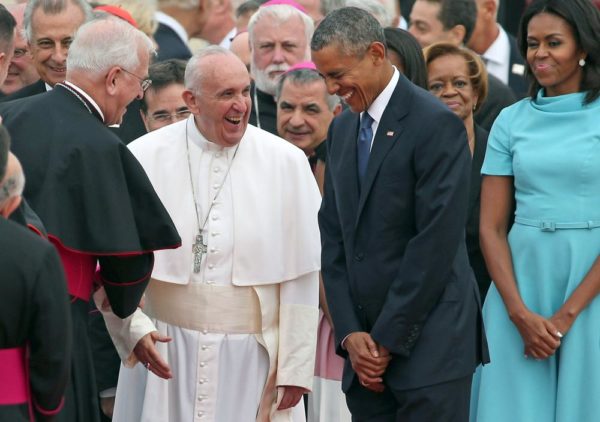 What are your thoughts on the dress?