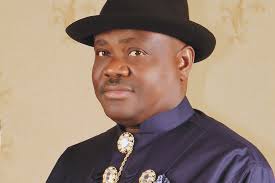 The governorship candidate of the APC, Dakuku Peterside filed the petition  asking Tribunal to nullify the governorship election in the state and to order a new election.

Governor Nyesom Wike and his legal team asked the Tribunal to dismiss the petition.

Based on today’s ruling, the Independent National Electoral Commission (INEC) has been ordered to conduct a new governorship election exercise in the state.

Chairman of the Tribunal, Justice Suleiman Ambrosa delivered his judgement. In his ruling, he said, “We hereby order INEC to conduct fresh elections”.