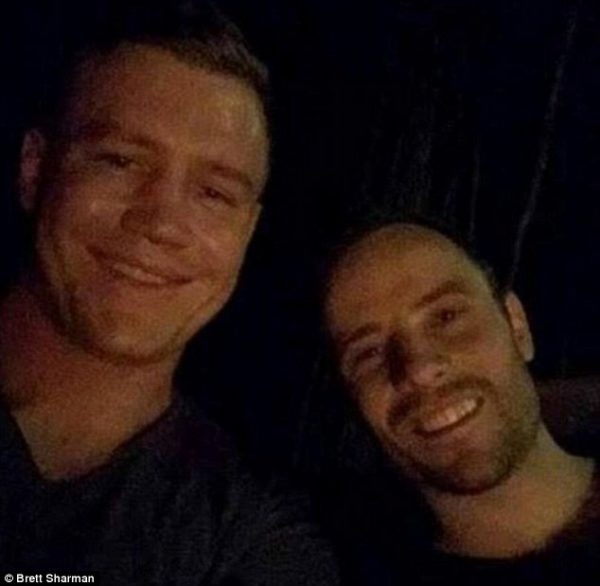 Oscar Pistorious‘ first photo since being released from prison is: A selfie.

You will recall that Pistorious is serving the rest of his five-year sentence for killing girlfriend, Reeva Steenkamp, at his uncle’s lavish Pretoria home.

According to Daily Mail, the paralympic athlete appeared  with his rugby player buddy, Brett Sharman apparently during a recent evening reunion at the family mansion where he is under house arrest.

Sharman, 28, quickly deleted the picture, which carried the hashtag #WeekendVibes!, from his Twitter account after it followers criticized him for the photo.

Ebuka’s Tweet about “Buhari and Biafra” Has Got People Talking