BellaNaija brought you the winners of the West African AABLA and now you can find out which business leaders secured the Africa-wide awards at the grand finale. 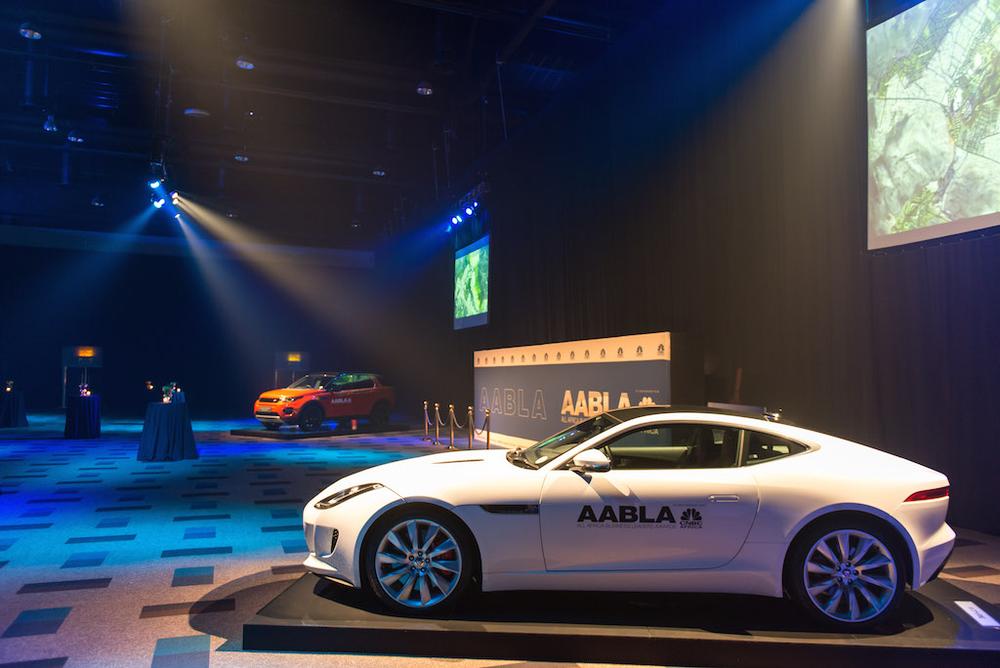 The overall winners of the 5th All Africa Business Leaders Awards (AABLA) in Partnership with CNBC Africa grand finale, hosted by Bakgatla-Ba-Kgafela were revealed at a sensational gala dinner held in Sandton, South Africa on November 13 2015.

Renowned for identifying excellence in business on the African continent, the All Africa Business Leaders Awards in Partnership with CNBC Africa recognise the challenges and diversity of the African business arena, and the All Africa awards celebrated the overall champions of business who have shaped the continents business landscape. 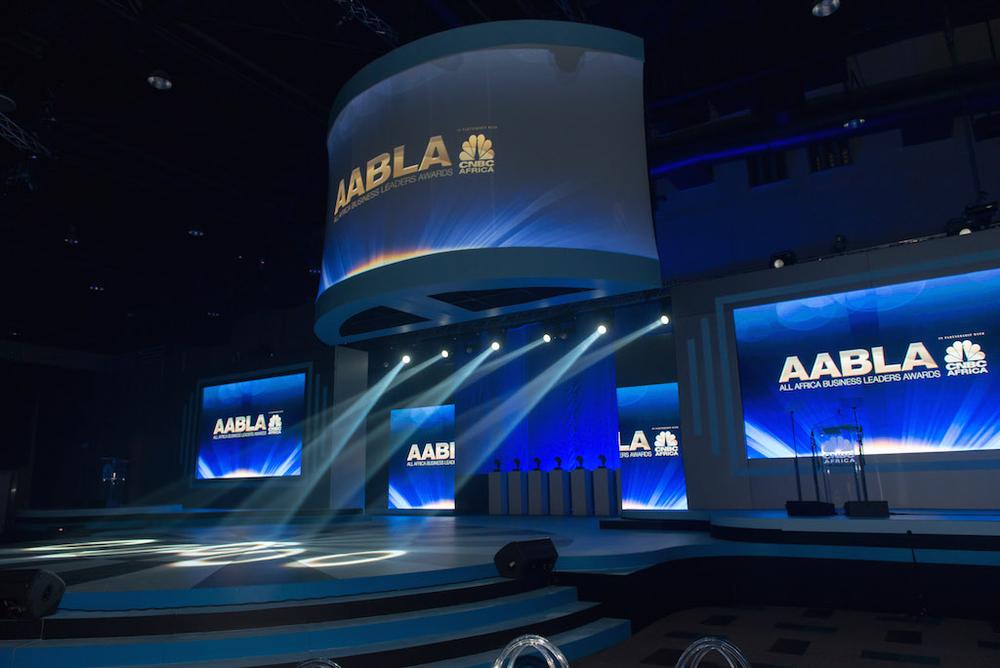 Guests were welcomed by a poet from the Moruleng region to the Grande Finale before enjoying a sizzling opening by multi-award winning group The Muses, set to a light and laser show that ultimately revealed the All Africa trophies.

The event was attended by some of the biggest names in African business, including Raymond and Wendy Ackerman, Wendy Applebaum, Dr Johan van Zyl, Segun Agbaje, Louisa Majola and past AABLA winners Asher Bohbot and Gil Oved, with a keynote address by Gauteng Premier David Makhura and welcome by His Excellency Kgosi Nyalala Pilane of Bakgatla-Ba-Kgafela. 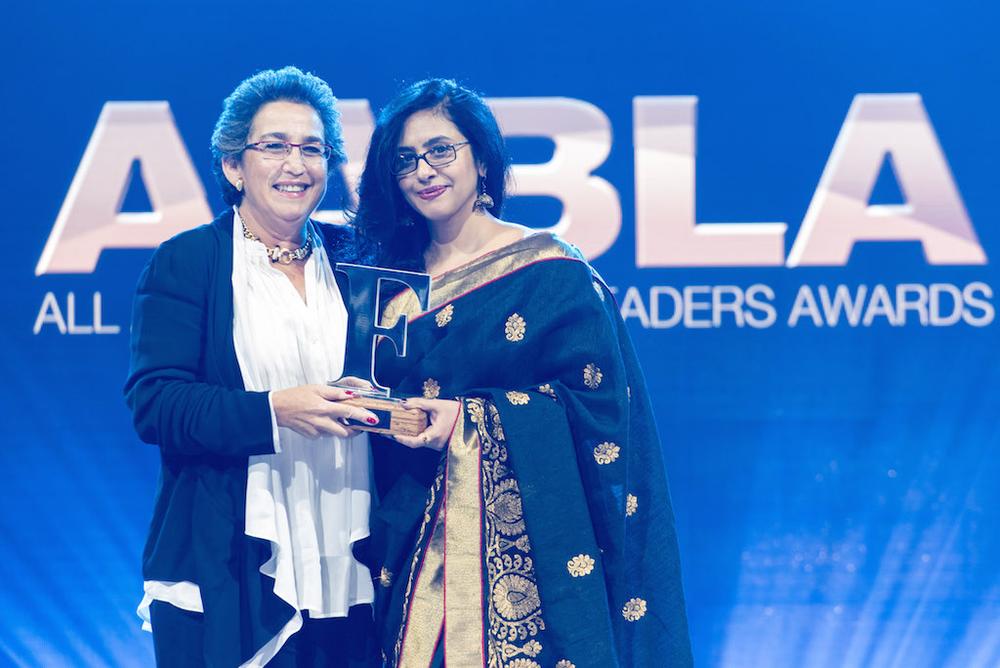 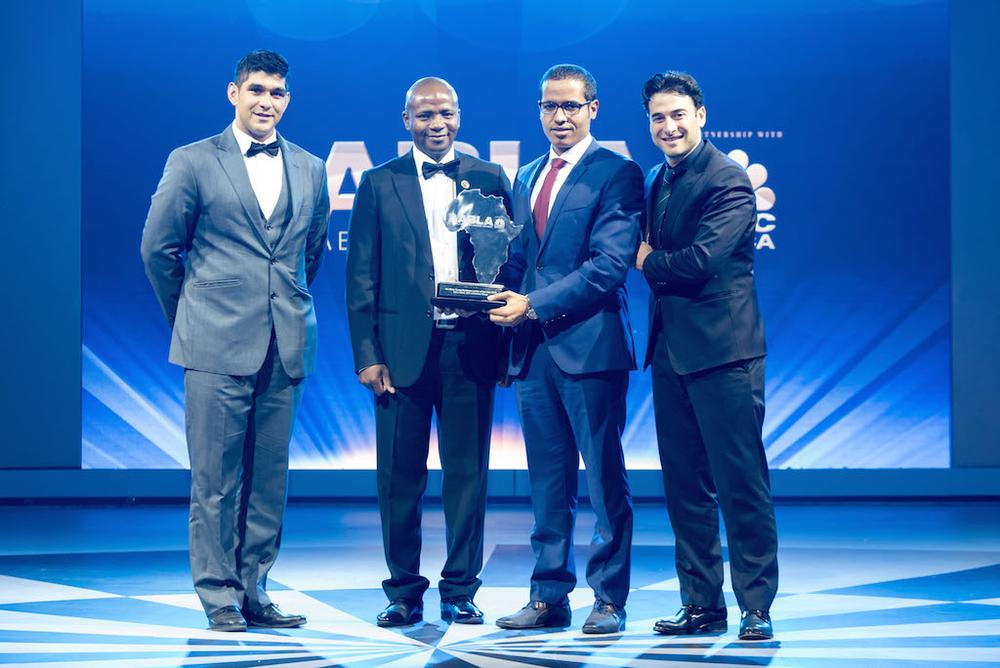 The evening commenced with awarding the All Africa Young Business Leader of the Year to Edha Nahdi, CEO of Amsons Group. Nteff Alain, Co-founder of The Gifted Mom and John Nicolakakis, CEO of Romans Pizza were also remarkable finalists in this category. In his thank you speech, Nahdi went on to thank his staff for their role in getting him to where he is now. 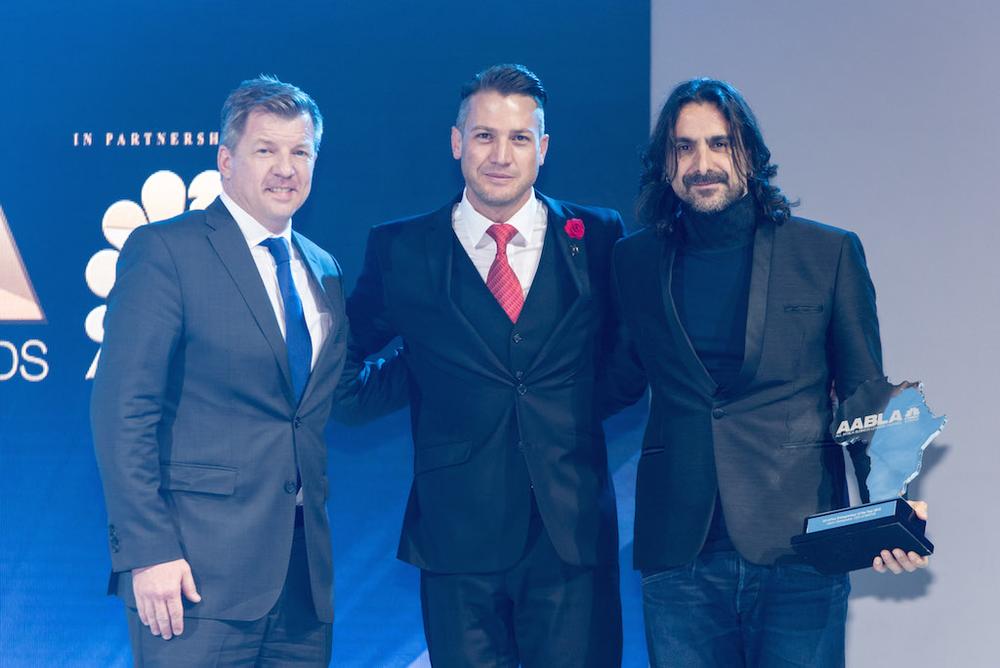 Jason Xenopoulos, CEO of NATIVE walked away as All Africa Entrepreneur of the Year presented by Sea Harvest, contending fellow finalists Obinna Ekezie, Founder of Wakanow.com and Julian Kyula, CEO and Founder of Mode. In his thank you speech, Xenopoulos highlighted an observation by Brain Games host Jason Silva, whose #RedefineBillionaire campaign proposed that “Billionaire” should mean helping a billion people instead of making a billion in monetary terms. 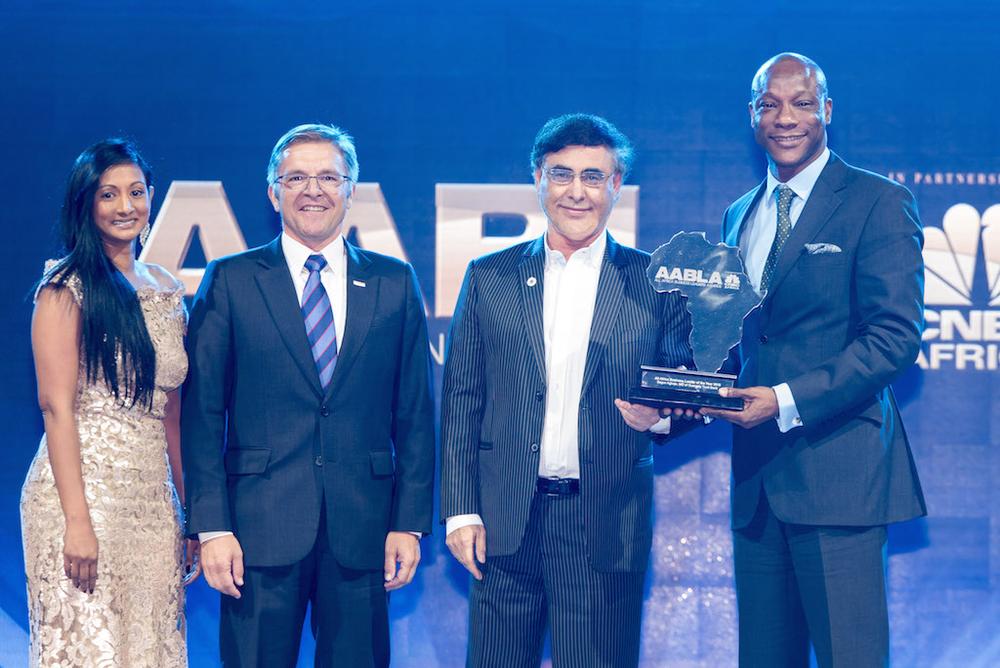 The All Africa Business Leader of the Year Presented by Bosch saw three outstanding businessmen competing for the high-profile title, which was ultimately awarded to Segun Agbaje, CEO and Managing Director of GTBank. Agbaje was nominated in this category alongside Dr Johan van Zyl, Group Chief Executive of Sanlam and James Mworia, CEO of Centum Investment Company Limited. In his acceptance speech, Agbaje did not hold back in highlighting the blessings of being born in Africa and the potential of the continent as a global player. 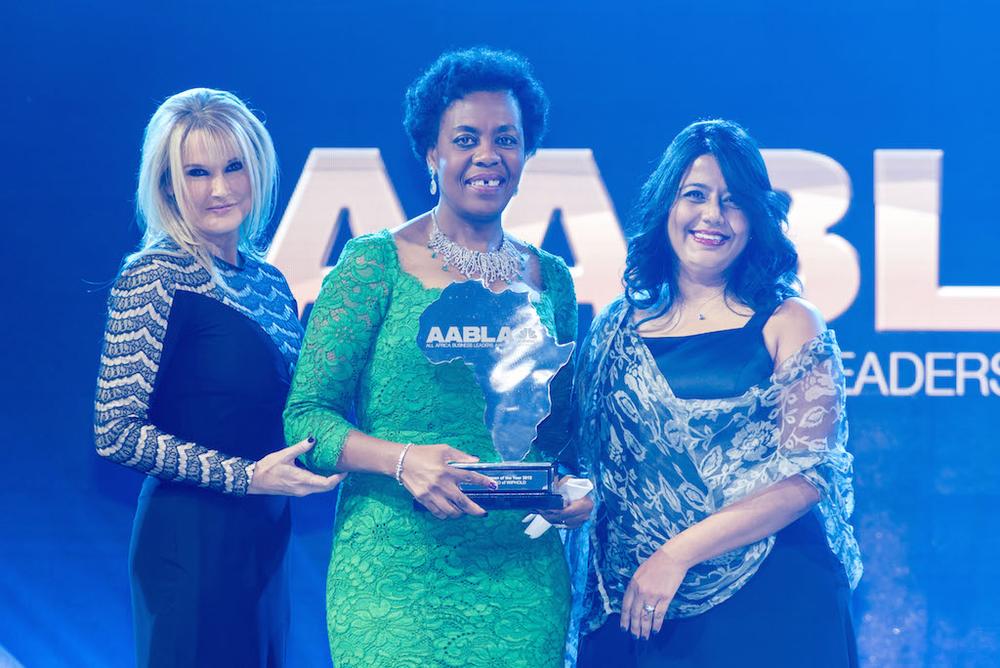 The title of All Africa Business Woman of the Year went to Louisa Mojela and Gloria Serobe of WIPHOLD. They competed against Adepeju Adebajo, Managing Director of WAPCO Operations, Lafarge Africa Plc and Gina Din-Kariuki, Chair of Gina Din Group. Accepting the joint-award on behalf of Serobe, Mojela highlighted the importance of women in business and on the continent. 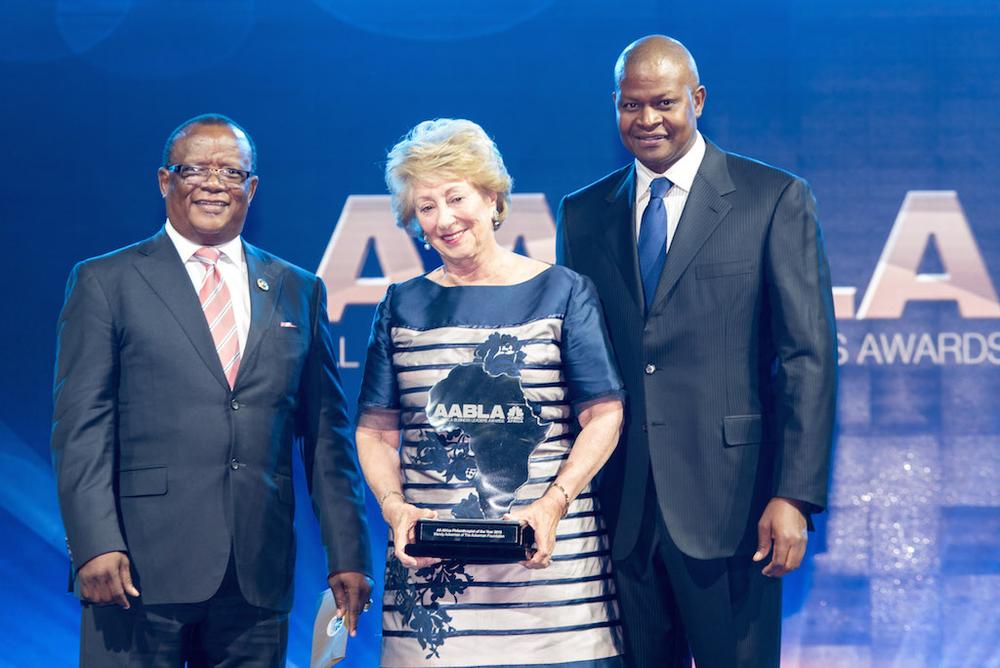 Wendy Ackerman of The Ackerman Foundation received the All Africa Philanthropist of the Year – one of two new awards added to the line-up. The category was introduced at the 2015 AABLA to recognise those who seek to promote the welfare of others and to encourage more benevolence on the continent. Ackerman was nominated alongside Fred Swaniker, Founder of the African Leadership Academy and Tanzanian businessman, Mohammed Dewji, Group CEO of MeTL Group. In her thank you speech, Ackerman noted: “The future, I’m quite sure, is Africa.” 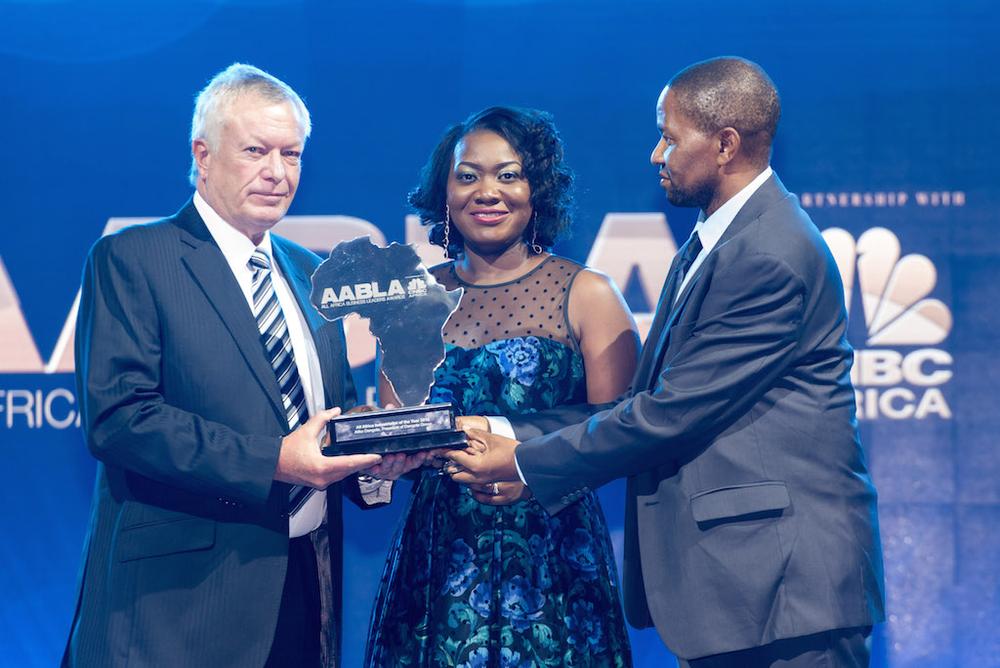 Aliko Dangote, Chairman and CEO of the Dangote Group became the first in AABLA history to be named the All Africa Industrialist of the Year Presented by the IDC. In 2011, Dangote won Africa Business Leader of the Year and Africa Entrepreneur of the Year at the inaugural AABLA. As a new category to the AABLA, set on promoting beneficiation and manufacturing on the continent, the Industrialist category winner was selected by the judges as a key contributor to driving economic growth through a multitude of businesses. Rachmat Thomas of Chic Shoe Manufacturing and Dr. Benson Wairegi of Britam were nominated alongside Dangote.

The highlight of the evening was the presentation of the All Africa Lifetime Achievement Award in association with the Gauteng Growth and Development Agency, awarded to Dr Christo Wiese, for his diverse achievements predominantly in the retail sector over the period of a lifetime.

The ceremony also took a moment to remember some of Africa’s notable business leaders who had passed on since the last AABLA in 2014 during a mobing In Memoriam segment, including Exclusive Books founder Philip Joseph, Murray Grindrod Senior of Grindrod and chairman of Allan Gray SA and Simon Marais.

Celebrations came into full swing as the evening concluded with a performance by the ever popular South African group Mi Casa, hot on the heels of their latest album ‘Home Sweet Home’. The AABLA Jaguar Land Rover fleet of premium vehicles chauffeured nominees and judges alike to and from the event in comfort, with the 2015 AABLA masters of ceremony looking elegant in Carducci suits.

The highlights of the All Africa ceremony will be broadcast in a bumper 90 minute special on CNBC Africa on November 18 at 21h15 CAT.

The 2015 AABLA were produced by ABN Productions.