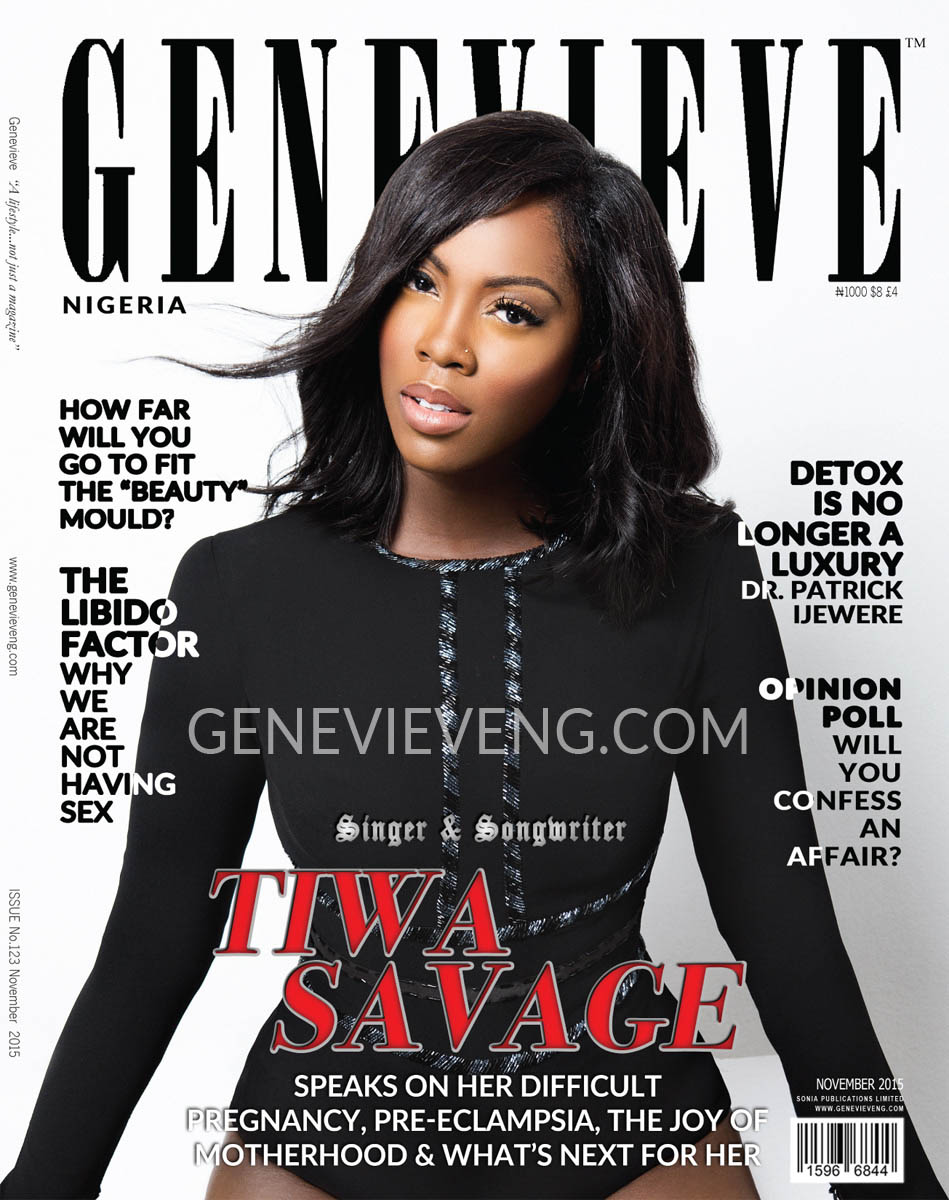 Tiwa Savage is opening up about the untold story behind her pregnancy. The music superstar gave birth to her first child – a son – in July 2015.  The singer-songwriter opens up on her Difficult pregnancy, the battle with pre-eclampsia (a potentially fatal condition which affects pregnant women), motherhood and her music. It’s engaging.

Want to read the story? Pick up the November 2015 edition of Genevieve Magazine. We can’t help but notice the totally fierce cover!