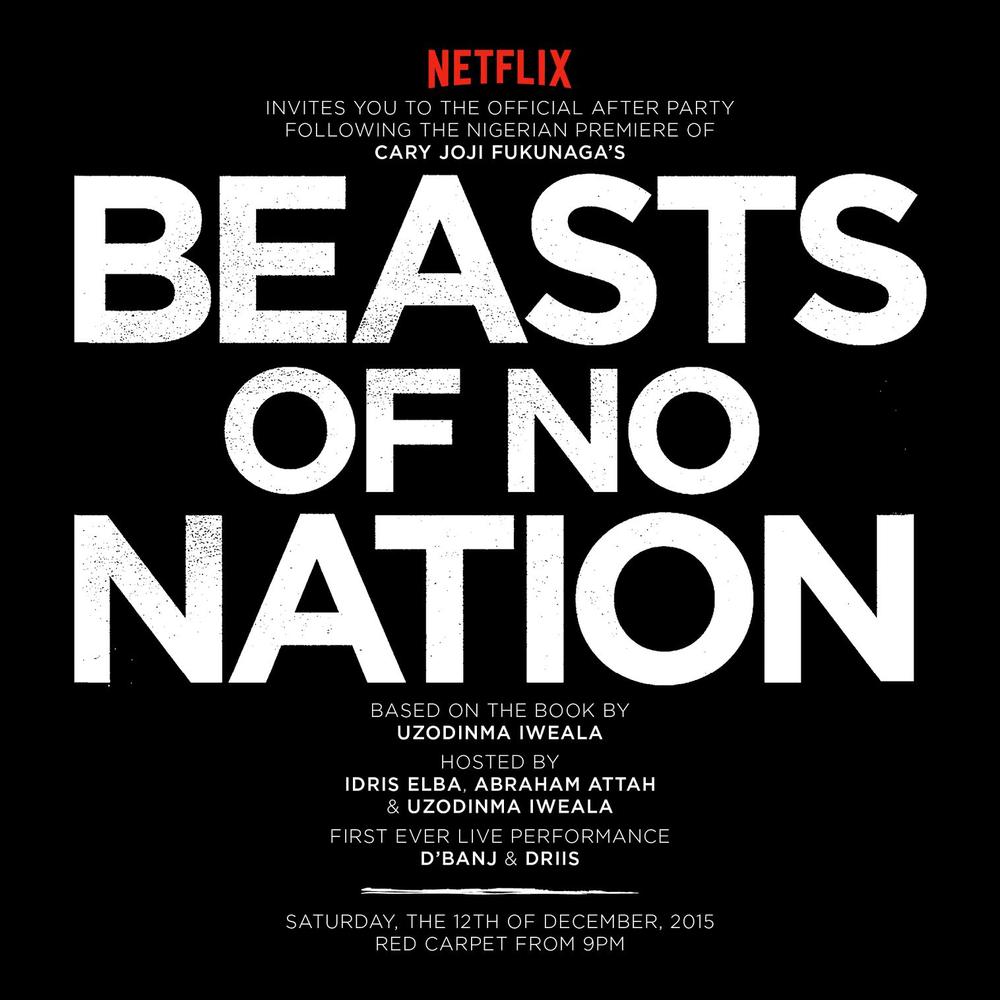 Lagos goes Hollywood today, as Netflix, Idris Elba and Abraham Attah descend into town for one night, to celebrate the Nigerian premiere screening of “Beasts of No Nation”, a war drama film written, shot, and directed by Hollywood’s rising star Cary Joji Fukunaga. The movie is based on a book by Uzodinma Iweala, an internationally acclaimed Nigerian-American author based in Lagos, who published “Beasts of No Nation” back in 2005 when he was only 22 years old.

“Beasts of No Nation” was shot in Ghana and is about a young boy Agu (Abraham Attah) in an unnamed county torn apart by war. He joins a militia as a child soldier and protege of a charismatic rebel leader Commandant (Idris Elba). Released on Netflix on October 16, the movie has received stellar reviews in the US and Europe, and has already bagged a series of high-profile nominations ahead of the upcoming award season; it is even tipped to win an Oscar award.

The After Party
Immediately following the screening at Silverbird Galleria, Idris Elba, Abraham Attah and Uzodinma Iweala are hosting Netflix’ star-studded after party at Scarlet Lodge in Victoria Island, where VIP guests are turning up with celebrity DJ Caise, and are also in for a second premiere: Elba, who is not only known for his acting but also his DJing and rapping, released a hit record with long-time friend D’Banj earlier this year under the moniker Driis, and at the Netflix after party, D’Banj and Driis will treat guests to the first ever live performance of “Confidential”, just days ahead of D’Banj’s highly anticipated “An Epic Journey” EP release next Monday.

If you were lucky to get an invite, you certainly shouldn’t miss it.

#BETxAfrica is today in Joburg…Flavour, Mary J Blige, Diamond Platnumz & AKA at the Media Briefing