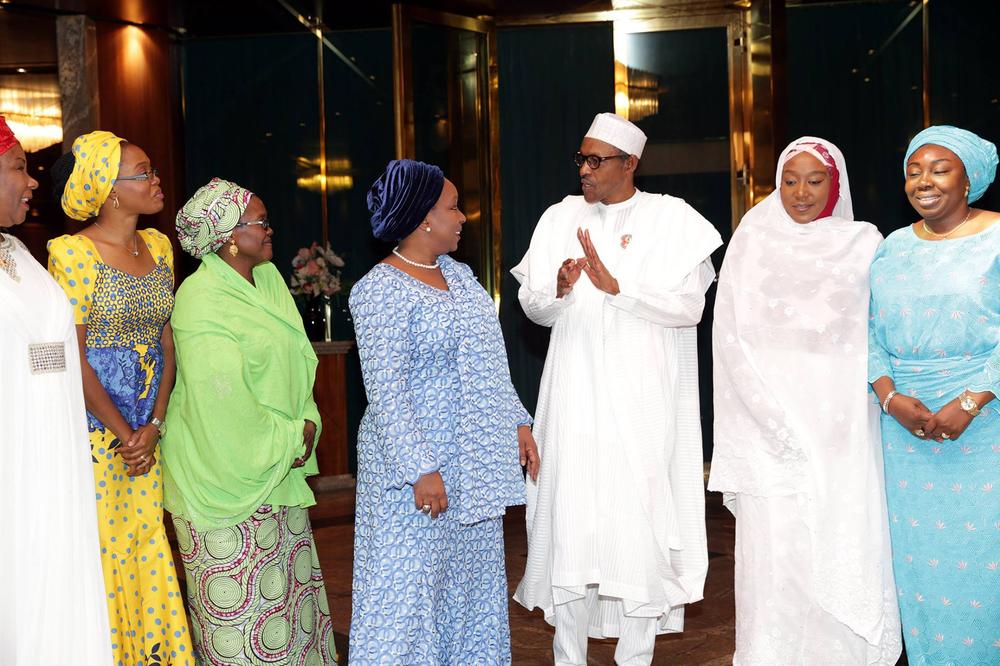 President Buhari selected a women’s group for his first public visit of the year.

Speaking at the State House, Abuja in response to a goodwill message delivered to him by a group, Women In Politics Forum (WIPF), President Buhari announced that all forms of assistance and aid in this respect generated locally and from foreign countries as promised by the Group of Seven of Industrialized Countries,G7 will be channeled through the committee when it is inaugurated.

He said that he had compiled a list of damaged infrastructure,including schools and bridges and handed it to the leaders of the G7 and the United States, adding that “I didn’t ask for a Kobo (in cash). It is up to them to choose what they will undertake. Already, some of them have sent teams to verify our assertions.”

President Buhari decried the impact of the Boko Haram violence on women and children declaring that they are its worst victims.
“In the North-East, what I saw for myself and on those clips is a source of concern for people with conscience. They are mostly women, and children who are orphaned. Some of them don’t even know where they come from. This is the pathetic situation in which the country has found itself.”
He said that the fight for the return of the Chibok girls is ongoing and “continues to be a most worrying issue” to his government, emphasizing that the administration will do all within its powers in making the best efforts to secure their freedom. 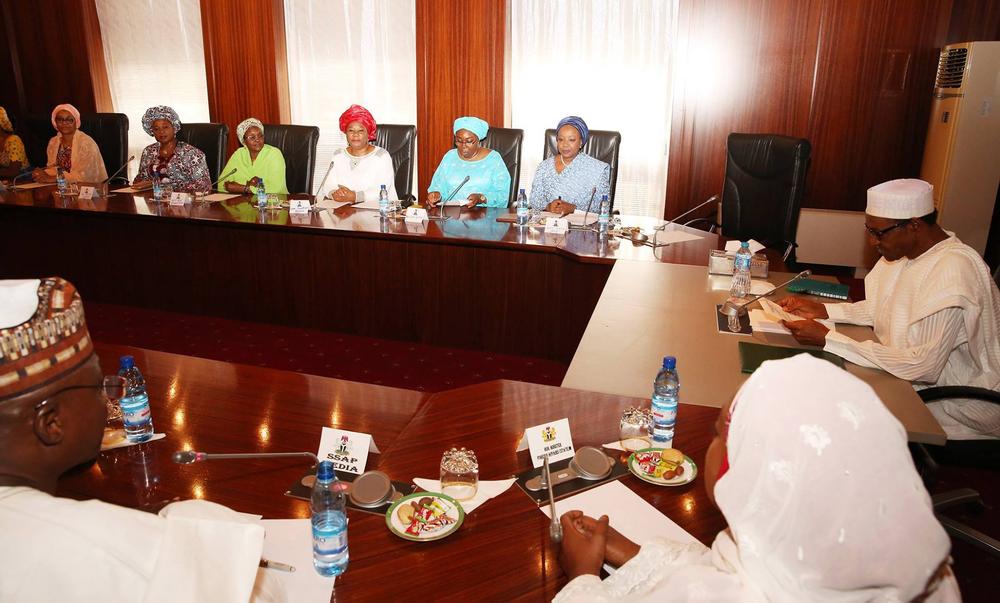 The President acknowledged the case made by the WIPF for better representation of women in his government and assured that women would fare well in the composition of parastatals and their boards in the first quarter of this year.
He also defended the records of the administration in response to criticism that it is slow, arguing that steps must taken with caution to avoid mistakes.
“People say we are slow. We are trying to change structures put in place by our predecessors in office for 16 years. If we hurry it, we will make mistakes. That will be a disaster.”

President Buhari assured that the country has a budget proposal for the new year that is good for employment and manufacturing. “By the end of the second quarter, the full impact of these positive measures will be felt,” he told the visiting women.
The WIPF, made up of women leaders from 26 registered political parties led by Barrister Ebere Ifendu of the Labour Party expressed their full support for the government’s war on corruption and insecurity.
They asked the administration to usher in laws to promote gender equity as well as action towards the implementation of the Violence Against Persons Prohibition Act.
The Women’s group made the record of being the first organization to be received by the President in the New Year.