Ciara is Coming to Nigeria for Darey's "Love Like a Movie"! 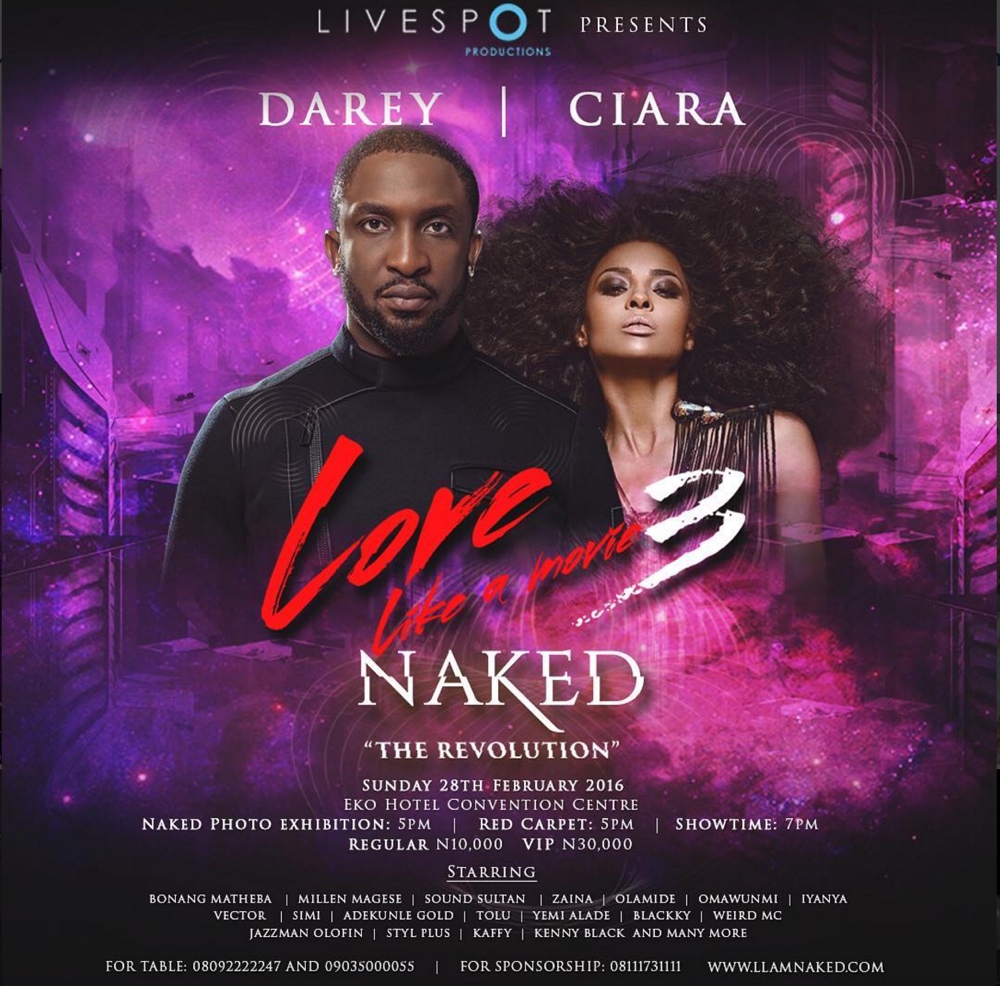 This February 28, musician Darey Art-Alade will host the third edition of Love Like a Movie with Ciara as the headline artiste!

This year’s show is titled Naked, named after Darey’s last album, and there’ll be a photo exhibition with the same theme featuring TY Bello, Kelechi Amadi Obi and Yetunde Babaeko.

The musical show has international and local artistes, but also acrobats, excellent choreography and a lot of exciting moments.

For the first edition in 2012, Kim Kardashian made a brief appearance on stage. For the second edition in 2014, Kelly Rowland performed. People enjoyed the first show because it was unlike anything they had seen in Lagos before – started right on time, and the execution was superb.

An edition didn’t happen in 2015 because the presidential elections were scheduled for Valentine’s Day, February 14.

Darey made the announcement for this year’s spectacular show on his Instagram page, saying,

The Perfect Vals Gift! 20% off plus a Free Gift at the Grand Opening of Candy Lingerie in Lagos

The Bridge Clinic celebrates Excellence in their Children