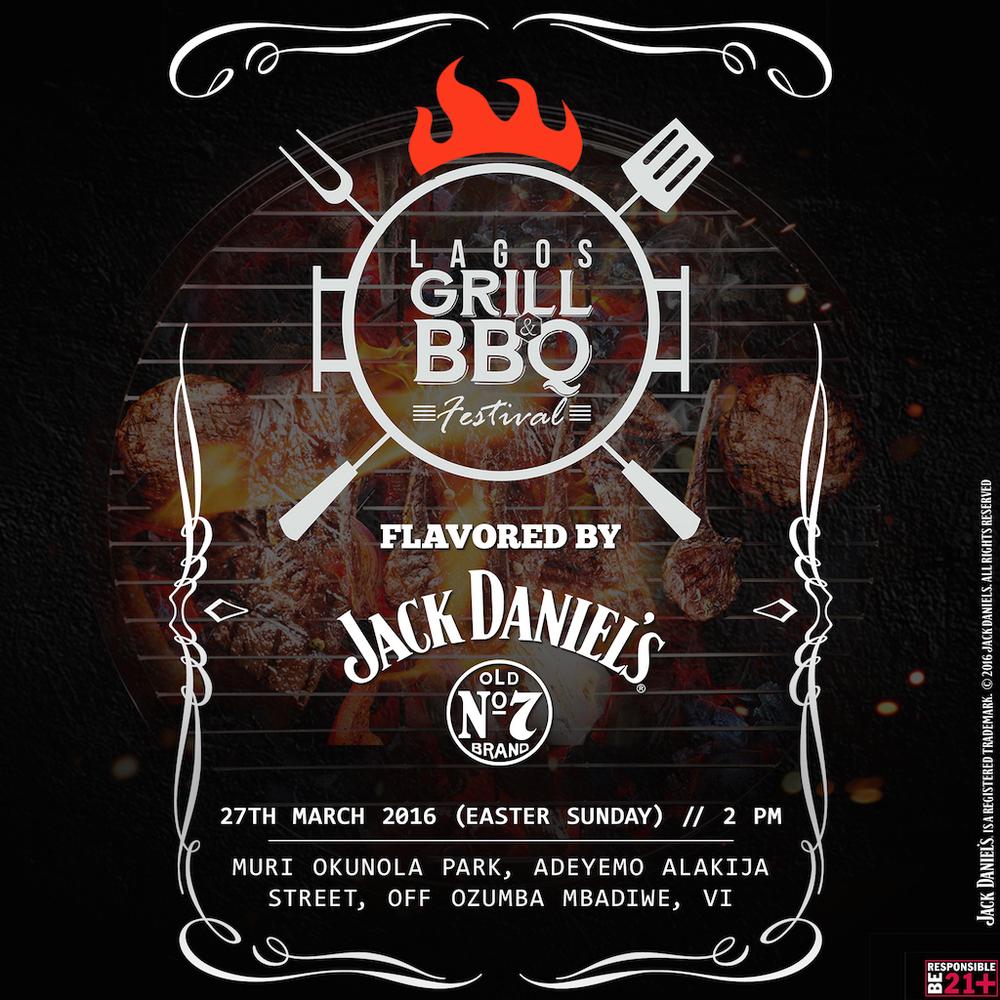 The Lagos Grill and BBQ Festival flavoured by Jack Daniel’s returns for a second year this Easter – March 27 with a bigger recipe. Following up from past editions held in locations at Lagos and Abuja (2015), 2016 looks even hotter and spicier for all friends of Jack.

The Muri Okunola Park will be the only place to be this Easter Sunday as it will be transformed into a summer style party location with gazebos, comfortable seating areas, cocktail tables and a big stage for the performances including Falz the bahd guy, DJ Obi, Yung L, Simi, Jesse Jagz, Kach, Tonye and many more. Grill Master, Francis ‘Grind’ Ebie (GMG) will be also dishing out quick recipes and tips via the Jack Daniel’s grilling Master class.

According to GRIND Concepts, the chief coordinators of the event, “This second edition will make the first edition look like a test run – We are pulling all stops for the 2016 Lagos Grill and Barbecue Festival which is a fusion of Western style food festivals and authentic Naija grill and BBQ”.

As expected, vendors of all things smokey, delicious, grilled, barbecued from Chicken to Boli to Suya to Steak will be on ground to accompany Jack. Other side attractions include the wings eating competition, games and merchandise from Jack. It’s about cooking meat with fire and smoke, chowing down together on a big table with family and friends while listening to great music.