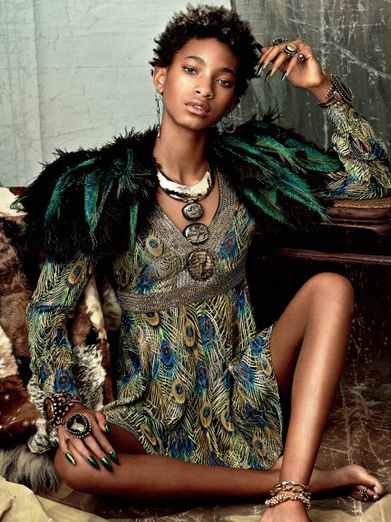 15-year-old Willow Smith has joined the ranks of Kristen Stewart and Blake Lively in her new role as a Chanel ambassador.

The creative director for the fashion house, Karl Lagerfeld gave the nod at the Chanel fashion show held on the 8th of March, 2016 during the Paris Fashion Week.

Willow Smith also shared the amazing news with her fans via Instagram:

<@chanelofficial> // Thank you Karl Lagerfeld and the entire team at Chanel for expanding the perceptions of “beauty” by picking me to be the new Chanel ambassador. I am honored. #BLACKGIRLMAGIC

Her affinity with Chanel started in 2013 and she eventually met with Karl Lagerfeld in 2014 when she was being photographed for the American magazine V. Willow was also present at the Chanel Fall-Winter 2016/17 Ready-to-Wear show presented at the Grand Palais in Paris.