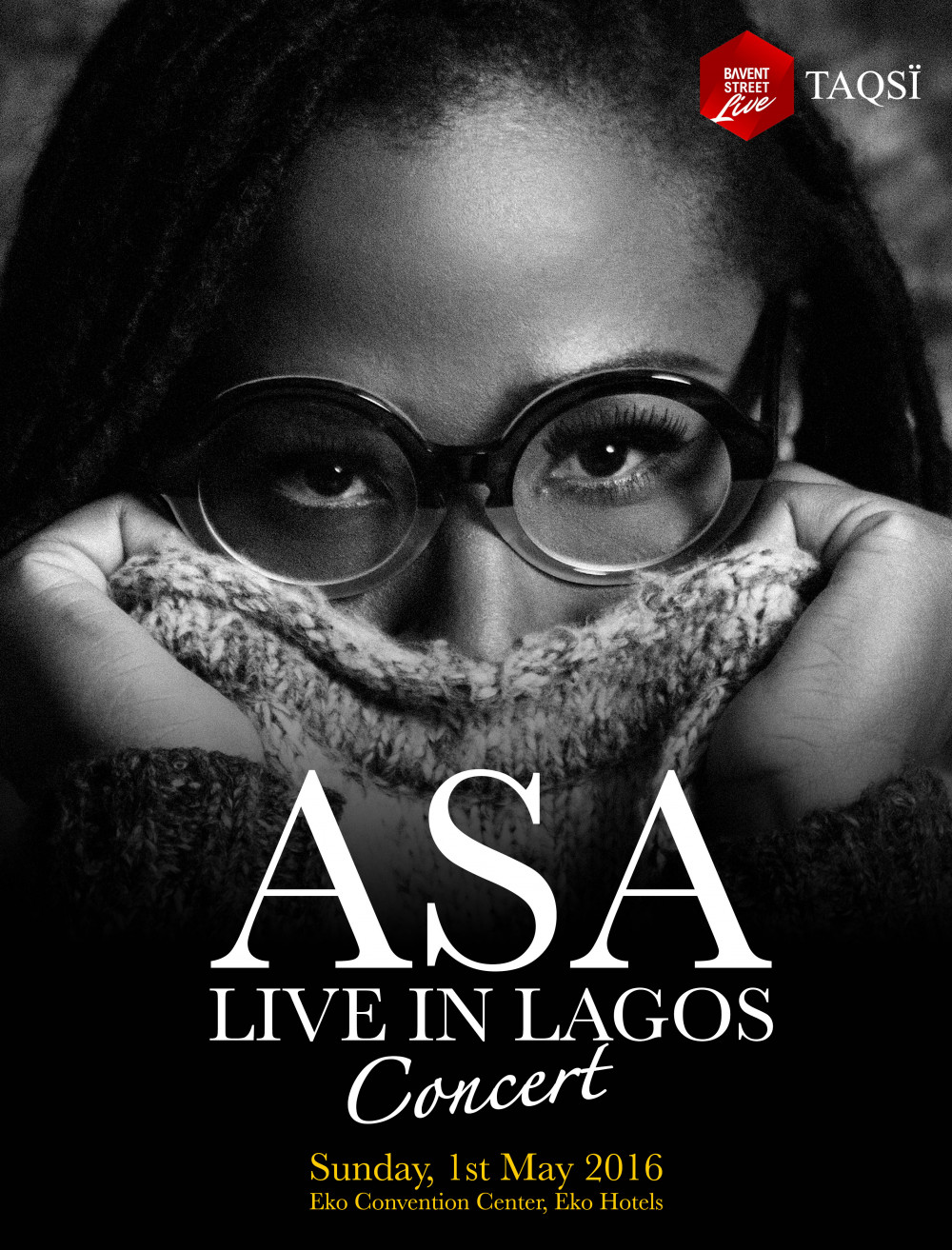 Barely weeks after her enthralling performance at the Etisalat Prize for Literature Grand Finale in Lagos (click here if you missed it), Asa is set to hold her first ever concert in Nigeria!

Asa, who has three (3) internationally released studio albums – ‘Live in Paris’ and ‘Live in Tokyo’ DVDs and chart-topping singles to her credit, will perform her most popular hits as well as tracks from her three albums including latest album ‘Bed of Stone’.

Her name has been synonymous with quality music in Nigeria has performed in different cities and countries around the world, winning acclaim for her breathtaking live performances. Her tours have led her to performing at some of the world’s most prestigious venues and the most recent, ‘Bed Of Stone Tour’, was heralded as one of last year’s must-see tours by critics and fans.

She now brings the #BOSTOUR to Lagos on the 1st of May, 2016 at the Eko Convention Center of Eko Hotels, Victoria Island, Lagos.

As the “Asa Live in Lagos” concert hits Lagos, Asa fans, connoisseurs of good music, and just about everybody in the entertainment industry are about to experience what is likely to be the biggest concert the ever bustling city of Lagos will play host to in a very long time.

The question making the rounds is; will it bring the hottest jostle for concert tickets ever seen in this part of the world? Only time will tell!

Related Topics:asaAsa Live in Lagos
Up Next