Trust Us, VicNate's AW20 'Exordium' Collection Is A Must-See

Where has this beauty secret been all our lives? Right under our nose making us cry! Instagram beauty vlogger Huda Kattan of Huda Beauty believes rubbing onions on your brows will make them grow faster saying “Onion juice has sulphur which speeds up the growth of hair and makes it thicker“.

In this Instagram video, beauty vlogger Farah Dhukai is seen applying onions to her brows.

GROW EYEBROWS FAST! ?? Onion juice has sulphur which speeds up the growth of hair and makes it thicker ??massage onion juice on brows for 5 mins ??let it dry completely ??wash off with cold water or a mild cleanser ?Do this everyday ?careful not to get this in ur eyes! ™@farahdhukai #hudabeauty

About if this really works, cosmetic chemist Randy Schueller told Allure magazine “I’ve never seen any evidence that topically applied sulfur can enhance hair growth. If that were true, everyone would be selling sulfur solutions for hair growth“.

Kavita Mariwalla, a dermatologist in West Islip, New York, “Sulfur is important in hair; however, applying onion juice does not mean that the sulfur is incorporated into the hair strand. Rather, the sulfur acts as a natural anti-inflammatory,” says Mariwalla. “Scientists tested onion juice for alopecia areata in a 2002 Journal of Dermatology article and had women apply onion juice to the scalp. Those that did that had better hair regrowth than those who used tap water alone. But the reason the onion juice worked on these women is because some of the alopecia was a result of seborrheic dermatitis that was causing inflammation on the scalp, and sulfur in the onion juice is anti inflammatory and can lessen that. 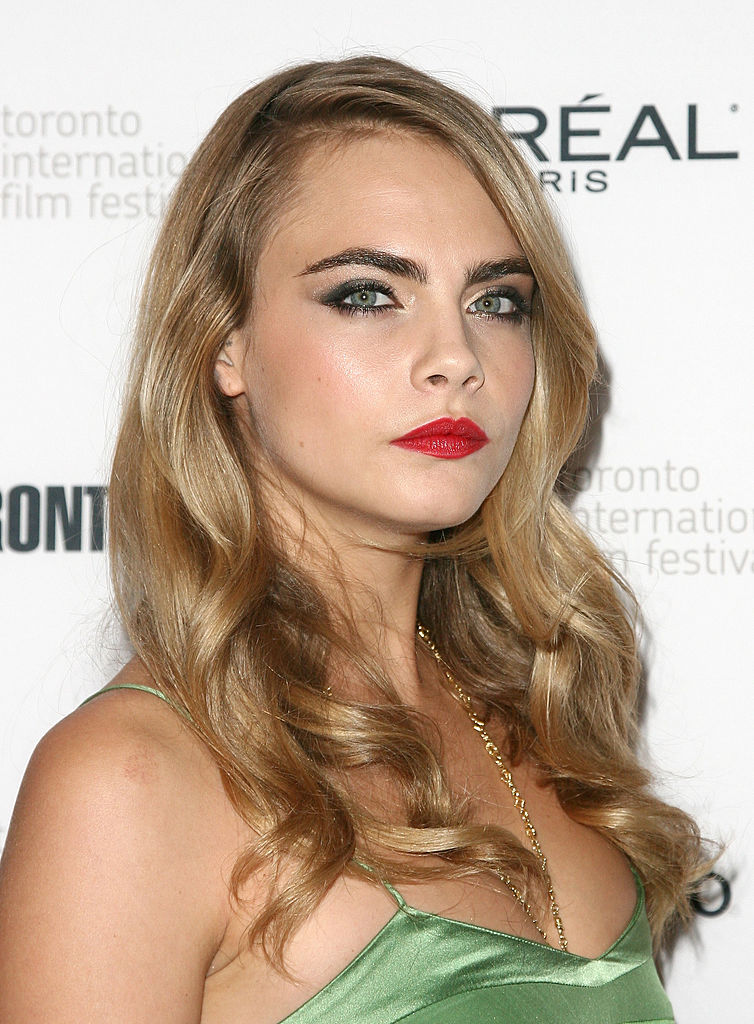 British model Cara Delevingne is known for her full brows

I know that thin brows are usually linked to over plucking but I guess there’s no harm in trying, it’s natural. Only thing is the smell and the crying but Mariwalla says you don’t have to put a whole onion on your brows like she did in the video. Just squeeze the onion juice onto a cotton bud and apply it directly to the brows so it doesn’t get in your eyes. Leave it on for 15 minutes, and then wash it off. Just be careful not to get onion juice in your eyes!

So will you be trying this out?

BN Beauty: ‘I Belong To The Motherland’ by Afia Osei