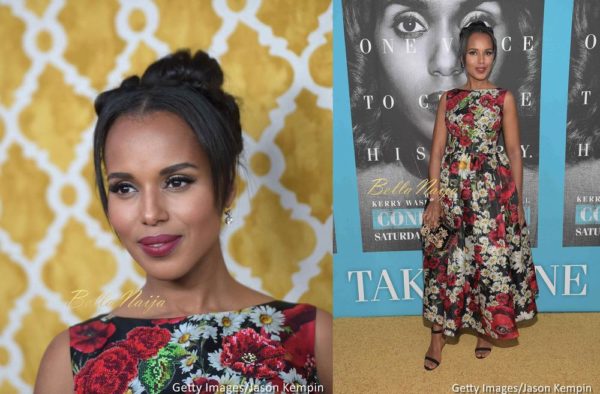 Actress Kerry Washington rocked a stunning Dolce & Gabbana poppy printed dress to the premiere of HBO Films’ “Confirmation” movie, for which she is the lead actress playing the role of Anita Hill.

The Scandal actress and mum of one looked picture perfect in the silk organza dress, which features a poppies print, embroidered flowers on the bodice, a fitted waist, a crinkled unlined skirt, and two side pockets.

She accessorized with a pair of black sandals and a black embroidered box clutch.