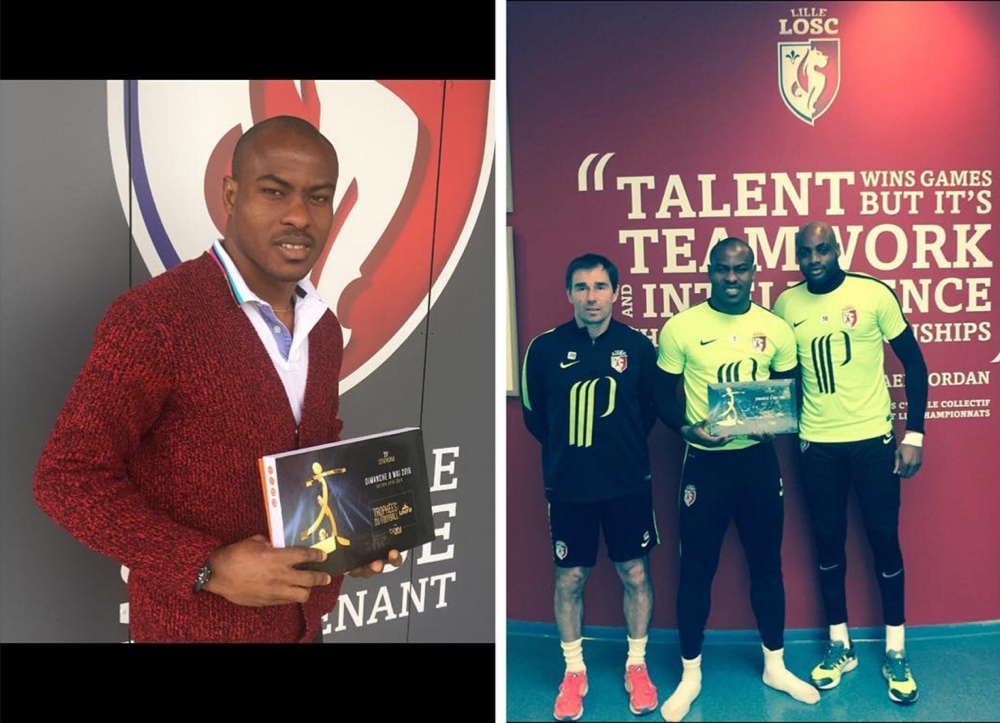 Nigerian footballer Vincent Enyeama keeps getting recognition for being a great sportsman. The former Super Eagles captain and great family man was just named the best goalkeeper in the French Football League – Ligue 1 – he plays for Lille OSC.

This season alone he has kept 14 clean sheets in 31 appearances and has also made 79 saves.

He has gotten 2 nominations in 3 seasons but this is his first win. In a mix of French and English, he thanked his family, teammates for their support.

From the depth of my heart, I want to say a very big thank you to God pour cette saison (season).

My wife, kids, brothers/sister (family). Un grands merci a tout mes co equipiers (a big thank you to all my teammates), coaches, staff medical and derigents de mon equipe (leaders of my team). Le president, directors, co-ordinators, everyone that worked round the clock to making me become a better player and have a successful season,the amazing supporters/fans.

Special mention is my goalie coach(Jean Pierre aka Mommote) Steeve Elana,Mike Maignan, Jean Butez. All the players from other clubs that nominated and voted me for this award.all the journalists and critics that set me on the right path.thank you so much.hopefully on the day, your votes will be enough for me to get the real trophy and not just the nomination trophy.

Thank you, I appreciate.”

Related Topics:FootballVincent Enyeama
Up Next