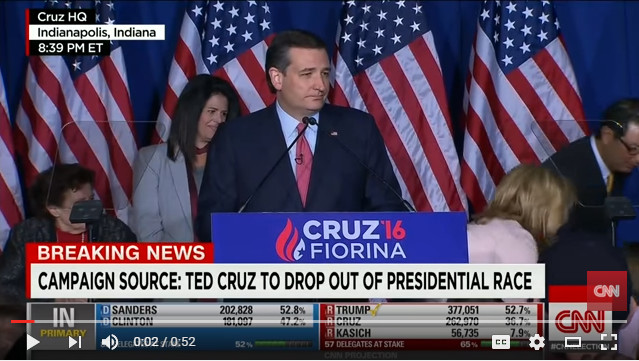 Business Mogul, Donald Trump‘s path to clinching the Republican Party’s nomination is now clear as his major competitor Ted Cruz pulls out of the race.

Cruz bowed out following his loss to Trump in Indiana.

“From the beginning, I said that I’ll continue as long as there is a viable path to victory. Tonight, I’m sorry to say, it appears that path has been foreclosed. Together, we left it all on the field in Indiana; we gave it everything we’ve got, but the voters chose another path. And so, with a heavy heart, but with boundless optimism for the long term future of our nation, we are suspending our campaign. But hear me now, I am not suspending our fight for liberty” Cruz said on Tuesday night.

Nigerian Woman in South Korea throws her 3 Children from Fourth Level Window of a Burning Building & they Survived!