Runtown’s Record Label slams him with an Injunction Preventing him from Performing, Using his Stage Name & More 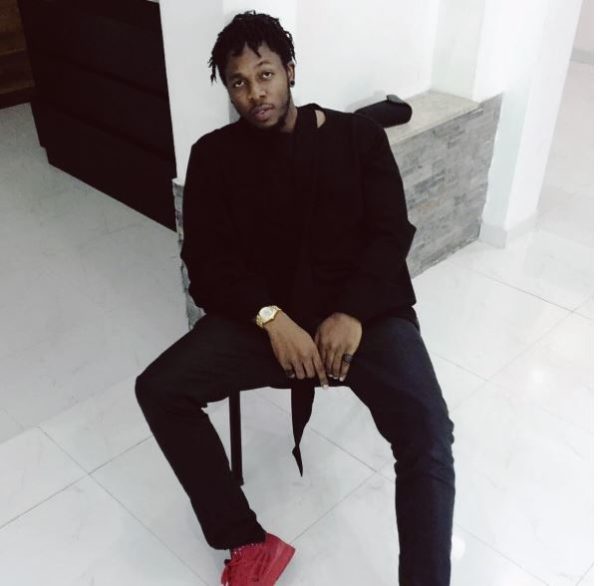 A Federal High Court sitting in Lagos has slammed an injunction against the rising musical artiste Douglas Jack-Agu aka “Runtown“. The injunction prevents him from performing at any event or any form of recording for the time being unless with the approval of Ericmany Limited.

Runtown is signed under the Ericmany Entertainment label that presently holds the copyright to all his music. He was sued in the Federal High Court by Ericmany on allegations that he signs up, concludes and attends musical shows without the knowledge of the label.

Runtown and his lawyers have also come forward with their own side of the story. 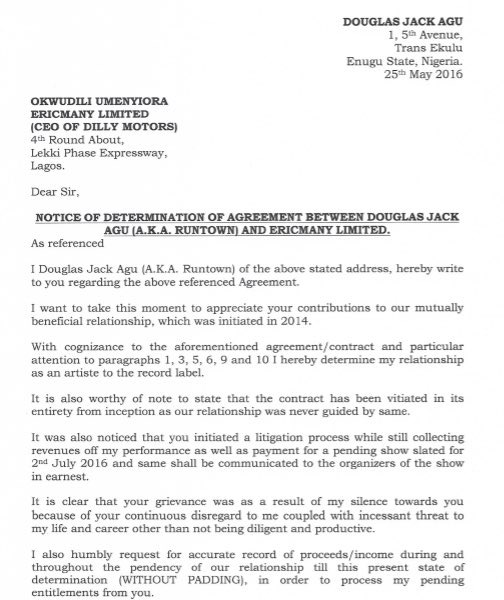 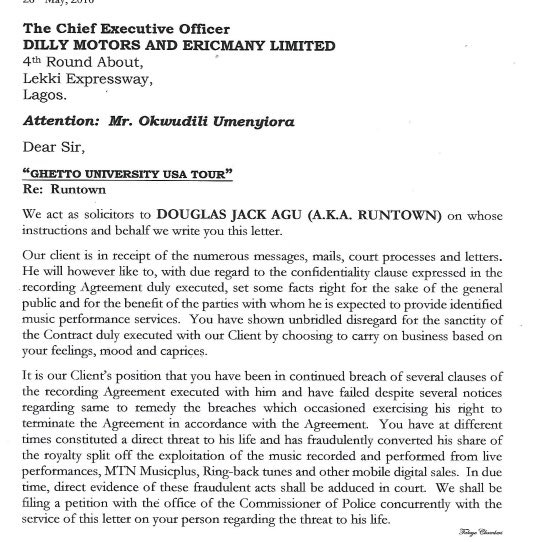 Here is the first response from Runtown’s camp.
Nigerian singer, songwriter and producer Runtown has parted ways with his record label, Eric Manny Records (or at least he’s trying to) and they didn’t do so on the best of terms. Eric Manny, owned by billionaire businessman, Okwudili Umenyiora, has gotten a court injunction stopping Runtown from performing as an artist, amongst other things, pending when they settle their issues.

Runtown got his lawyers to write to the label, claiming threat to life, extortion, and that he didn’t get his payment/royalties from performances, ring-back tunes and etc. He also said he has returned all properties he received from the label when he signed with them in 2014. Read his letter to the owner of Eric Manny and his lawyers letters after the cut…(will bring Eric Manny’s side of the story later)

Adele Calls Out A Fan for Taking Videos During Her Concert