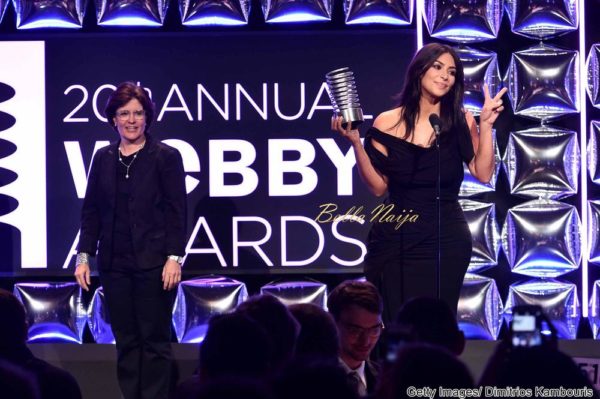 Kim Kardashian during Her Speech

Unlike other award shows, which let winners ramble on until they’re ushered off, the 2016 Webby Awards restricted its award speeches to a word count that fits on one hand! As the first winner of the night, Kim Kardashian kicked off the 20th Annual Webbys, with a simple pledge “Naked selfies until I die” while accepting the first-ever Break the Internet award.

Other highlights of the night include Rapper Kanye West’s shortest acceptance speech ever “I hate short speeches”, Opal Tometi, co-founder of the Black Lives Matter’s speech “Stay turnt, black lives matter” after which she received a standing ovation and soul singer Erykah Badu‘s purple tribute to the late Prince.

Check out photos from the night here: