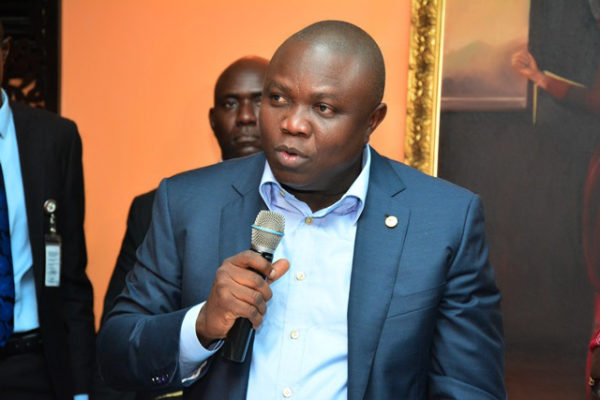 According to a statement by the state government,

The closure order became necessary owing to several complaints by residents of Taiwo Adewole Street in New Oko Oba settlement, Ojokoro Local Council Development Area, on the unwholesome activities in a pig farm which poses health and environmental hazards to residents of the area.

A petition from one Wisdom Uzoma, published in the Punch Newspapers of Tuesday, June 7th 2016 climaxed the series of complaints that necessitated Governor Akinwunmi’s directive to seal the pig farm immediately.

The Commissioner for Agriculture, Toyin Suarau who led a team of agricultural officers in conjunction with men of the Lagos State Task Force to the location said that:

The attention of the Governor has been drawn to the petition by Wisdom Uzoma, adding that the Governor being a responsible and responsive leader, shared the residents’ concern for a healthy and hygienic environment thus has directed the immediate closure of the farm to forestall the outbreak of any disease.

Putting an end to the activities of the pig farm has become inevitable especially because of the health hazard posed by the farm to inhabitants of the area. We have not only shut down the pig farm, we have also confiscated some of the animals and ordered that the owner of the farm report to the Secretariat, Alausa for negotiation on how to relocate to one of the pig farm settlements or estates within the state or risk all animals being confiscated by Friday June 10th 2016.

He opined that the environmental effects associated with pig farming and poultry production include but not limited to groundwater and surface water contamination, air pollution and greenhouse gas emissions, and long-running soil toxicity to plants and animals.

The Commissioner enjoined members of the public not to relent in their watchdog role by continually informing government of any anomalies seen or experienced that may be dangerous to health and communal living.

He said his Ministry will step up monitoring activities of farmers to ensure that they conform to minimum set standards of farming, adding that efforts are on to fish out more farms that are health hazards to residents of the State.