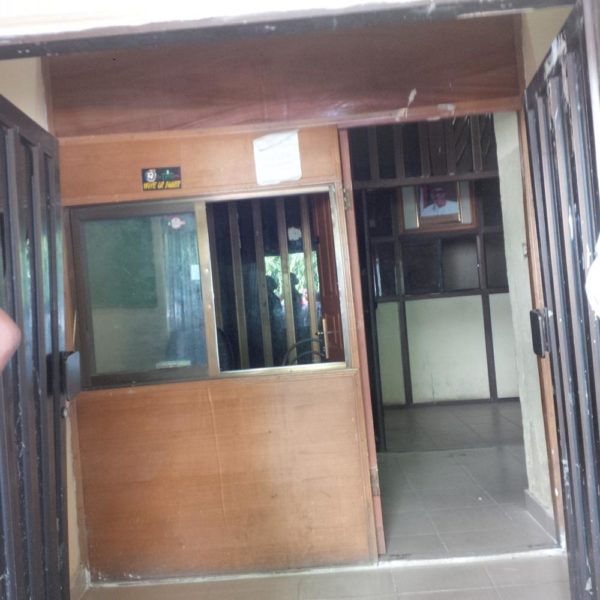 “The Nigerian Football Federation (NFF) on Friday claimed that factional head of the football ruling body Chris Giwa and his group of “thugs”stormed Glass House (its office) to harass Staff members. Police telling them to go out.

“Giwa and his group, who continue to claim they have a ‘court order’ to take over the NFF, had arrived in a convoy of cars at the period that some of the members of Staff around had gone for the Friday Jumat service. They drove into the premises around 2 PM.

In their typical ‘steal in’ manner, Chris Giwa led Effiong Johnson, Sani Fema, Rumson Baribote, Ben Agary, Yahaya Adama, Jide Fashikun, Fatai Olayinka, Abdulazeez Mohammed and a number of thugs to the Glass House when only a couple of Management Staff were around.

They met the entrance door locked, and fiercely broke it down with accompanying thugs. The group swept into the office, and with the unruly cohorts, started to harass members of Staff.

Dr. Christian Emeruwa, the National Security Officer and special assistant to the NFF General Secretary, was pushed by one of the thugs. Staff members in the administration department were shoved around. Tunde Aderibigbe, NFF’s coordinator of political matters and Ademola Olajire, head of communications, were punched by one of the thugs, and they responded in like manner.

It was at this stage that members of Staff decided that enough was enough. Bola Oyeyode (Director of Competitions), Olajire, Aderibigbe, Emeruwa and other staff joined hands and repelled the group.

With the assistance of policemen, Giwa and group were dislodged from the Glass House.

Earlier in the day, the group had sent a cohort to the NFF office with an unsigned, undated and thoroughly suspicious ‘writ of execution.’ NFF chieftains insisted on Friday that the details of the accountant who brought the fraudulent ‘writ of execution’ to the Glass House will on Monday be handed over to the police for investigation,” NFF stated on its website.

This is coming 24 hours after a peace meeting by the Sports Committee of the House of Representatives, at which the House Committee members met with NFF President Amaju Pinnick and Giwa, and announced to the world that they were close to reaching a resolution of the crisis. Click here if you missed it.

Want to Have Better Conversations? Watch this TED talk and Learn How to in 10 Simple Ways