As Muslims all over the world including Nigeria, embark on the annual Ramadan fast, Unilever Nigeria Plc. is hosting Muslims faithful’s in the Mobile Lipton Ramadan Lounge stationed in various mosques Pan Nigeria. This is the brand’s way of encouraging consumers to take action in line with the spirit of Ramadan through the just launched Ramadan campaign for her flagship Lipton Yellow Label tea brand.

The Lipton Ramadan campaign is about encouraging our Muslim brothers and sisters to #ThinkLessDoMore by taking actual, concrete actions this season without expecting anything in return. The campaign kicked off first week in June with some popular social media celebrities using the hashtag #ThinkLessDoMore on their twitter and Instagram handles and this will continue through the Ramadan period on television, radio, social media and other communication channels.

Speaking about the rationale behind the campaign during one of the mosque activation at Housing Central Mosque Bodija Ibadan, the Category Manager Tea and Spreads, Vivian Ihaza explained that the Ramadan period is a very important one for Muslim Lipton consumers across Nigeria. It is not only a time of reflection and prayers but also a time to reach out to someone in need.

It is a fundamental human truth that we all have good intentions and thoughts that are related to social goodness but most times, our busy lives get in the way of turning these thoughts into actions”.

In the past week, the Lipton mobile Lounge was stationed at various mosques in Lagos, Abuja, Kaduna and this week, it will be at select mosques in Ibadan, Osogbo, Jos, Bauchi and Kano, where refreshments will be provided to Muslim faithful’s at IFTAR every evening. There was a lot of excitement and smiles on the faces of the Muslim faithful’s, as they received their refreshments from the Brand Ambassadors.

As the Lipton Brand Manager, Tayo Adesokan also pointed out,

“It’s not just about Lipton preaching but also taking concrete actions too. This is Lipton’s way of also “Doing” in line with the campaign idea”. 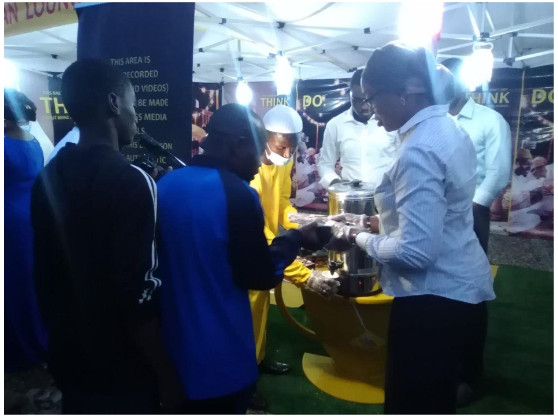 Brand manager Lipton, Adetayo Adesokan, presenting a gift to the representative of the Chief Imam of National Mosque FCT Abuja. 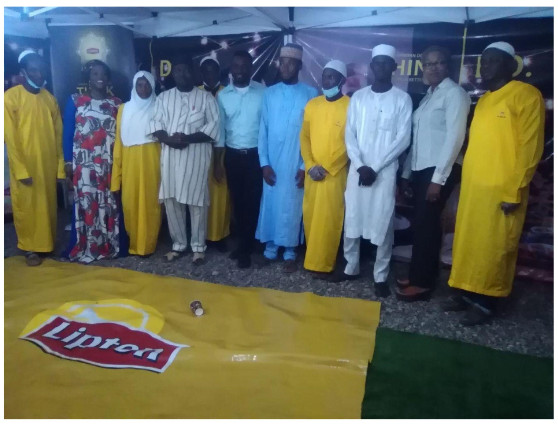 Muslim faithfuls in Oshogbo collecting their refreshment at Iftar 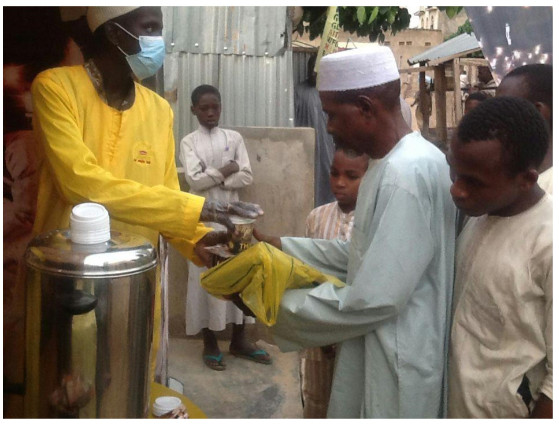 Executive secretary of the National mosque Abuja, Alhaji Ibrahim Jeda, handing out refreshments to Muslims in the Lipton lounge at Iftar

Muslim faithfuls queuing up at the Lipton lounge in Jumat mosque, Kano

Muslim faithfuls queuing up at the Lipton Ramadan lounge at Jumat mosque, Kano

Muslim faithfuls at the Lipton Ramadan lounge in Jos