25 Celebrities Including Rihanna, Beyoncé & Alicia Keys share 23 Ways you can Be Killed while being Black in America 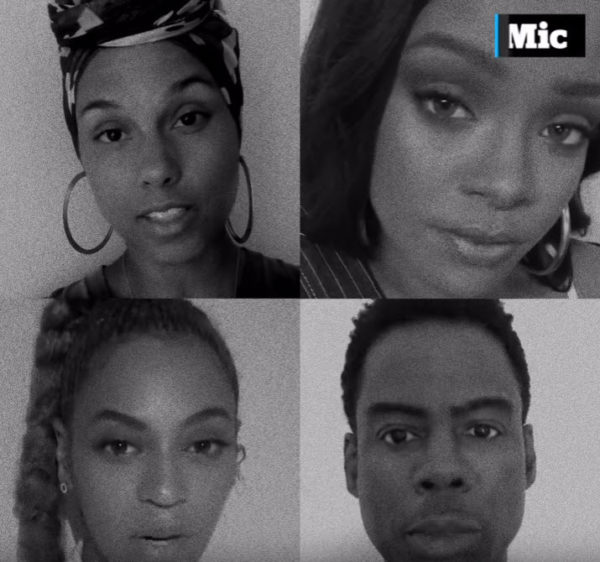 Alicia Keys, Beyoncé, Rihanna, Chris Rock, Pink, Janelle Monae, Taraji P. Henson, Bono, Swizz Beatz and a who lot of celebrities have come together to make their voice louder about the injustice that black people face in America.

As part of a video for the We Are Here Movement, the celebs participated in a video highlighting 23 ways you can be murdered while being Black in America. The ways coincide with 23 people who have lost lives in connection with police violence.

We joined with @aliciakeys, @Beyonce & more to shed light on #23Ways you could be killed if you’re black in America:https://t.co/LO5ujy3jw3

Love, Heritage & War! Read Rita Dominic and Ramsey Nouah’s Q & A on their Must Watch Movie ’76