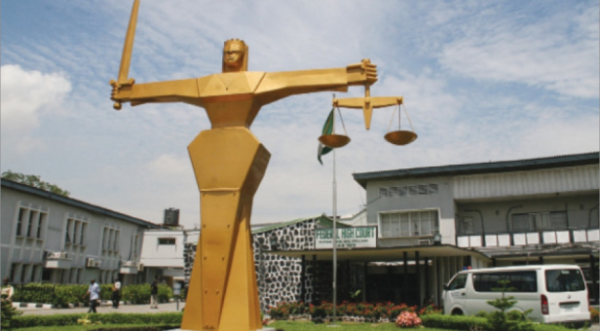 An Effurun High Court has sentenced a 28-year-old woman, Mary Attah for stabbing her husband with a kitchen knife and setting him ablaze, THISDAY reports.

The prosecution counsel, Patrick Makeko told the court that Mary was married to Darlington Attah (now deceased) and they have four children together.

He said that on or around July 6 2012, Mary attacked her husband with a kitchen knife as a result of a phone call which she alleged was from her husband’s lawyer.

According to Patrick, they were having a “nice time” when the call came in, so she rushed to the kitchen, grabbed a knife, and also armed herself with pepper which she rubbed on her husband’s face before stabbing him in the neck.

Patrick added that she poured fuel on her already bleeding husband and set him ablaze. The man died at the Warri Central Hospital.

Accused person is accordingly, hereby convicted of the offence of murder.

The sentence of this court upon you, Mary Attah is death by hanging by the neck till you be dead and may the Lord have mercy on your soul.

Believers Connect App for Christian Singles! Over 10k Downloads since its Launch, Download the App NOW and Get Connected to your SoulMate