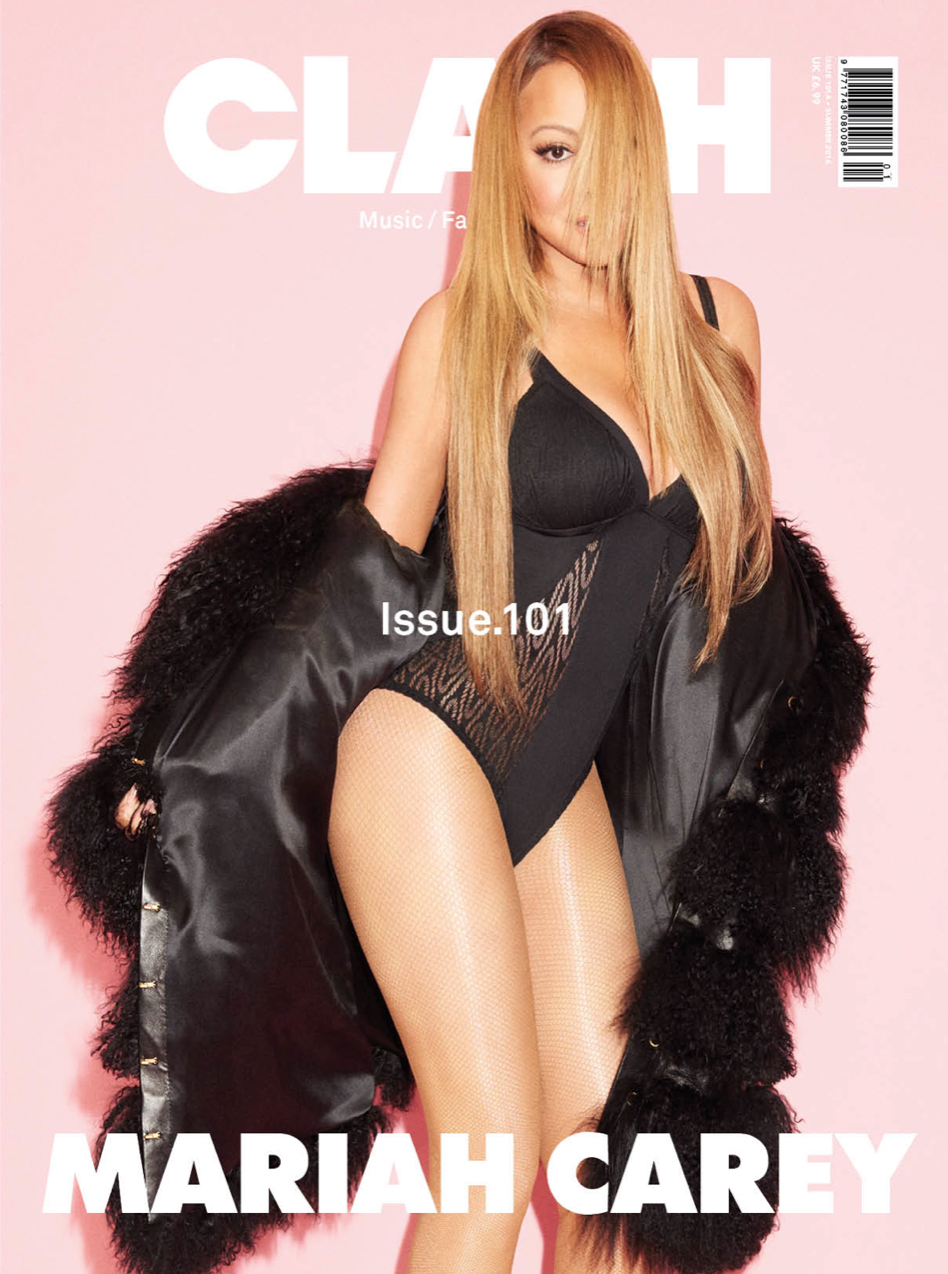 The amazing vocalist covers Issue 101 of Clash Magazine and certainly cuts a killer figure. 46-year-old Mariah Carey shows no signs of slowing down, musically and in the looks department too!

Beyond touring internationally and returning to Vegas, she recently renewed her deal at Hallmark – for whom she’ll develop a series of projects for and she’s also set to star in her own E! docu-series ‘Mariah’s World.’

The magazine crew caught up with the star during her European tour in the glamour capital of Paris, while she battles for her attention between expensive shopping trips, ardent fans and paparazzi, and a bustling entourage. She was really candid in her interview, as she opened up about her reality TV series, her intimate relationship with her fans, motherhood, and determination that’s driven her from hard times to world domination.