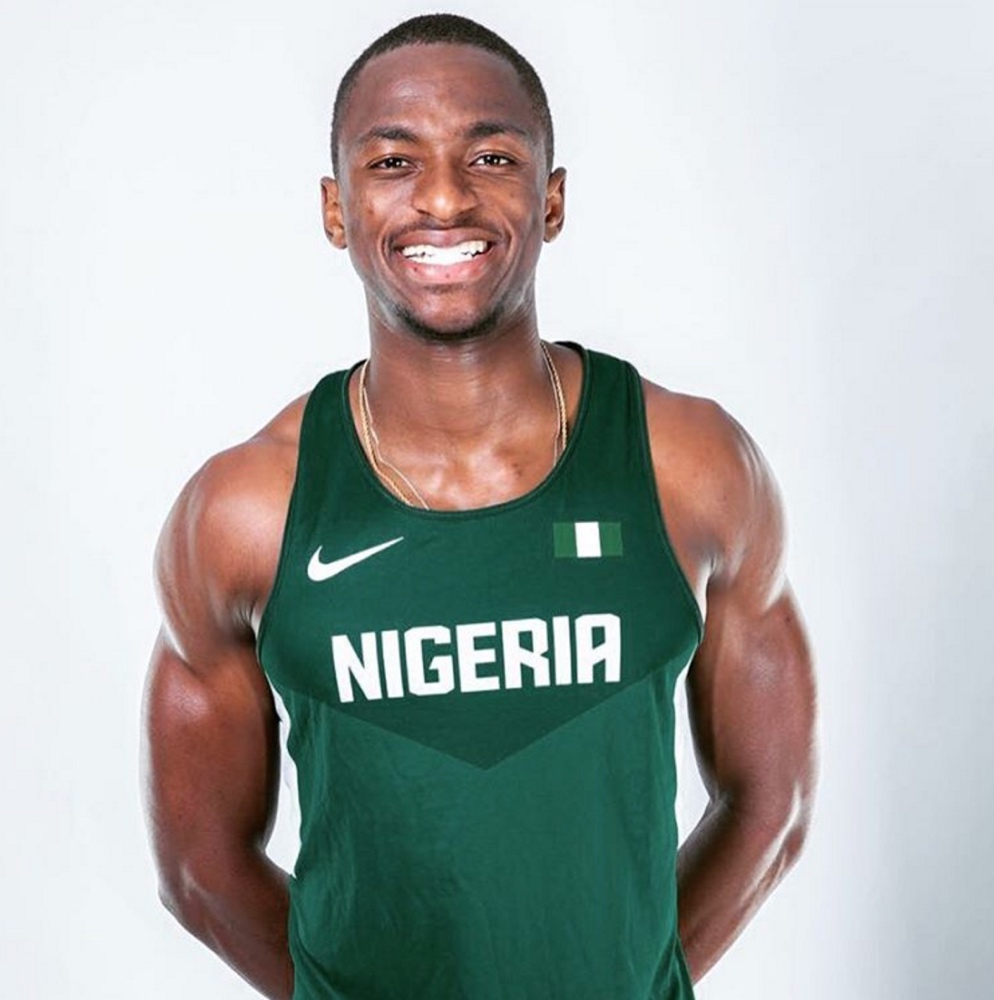 Athlete Seye Ogunlewe was interviewed by BBC in Rio for the 2016 Olympics as he prepares for his race on the 13th of August. The Men’s 100m runner will be up against Jamaican gold medalist Olympian, Usain Bolt.

See what BBC had to say and listen to the interview.

Nigeria’s fastest man, Seye Ogunlewe, has been bracing for the men’s 100 metres at the Rio Olympics, later this week. His ultimate goal is –almost certainly– to defeat the big favourite Usain Bolt and he’s allegedly said that he will “shock the world”. The BBC’s Ben James asked him to elaborate on that, but our colleague began by asking him what its takes to confront and possibly pip a sprinting legend at the post.

Seye Ogunlewe on how he’s preparing for his race

It’s just general preparation like what we’ve been doing before. You train, eat, recover, get treatment, do a lot of psychological work, visualise the race [and] just enjoy the moment – don’t think about it too much just relax. But also think about why you’re here and the country’s flag and how you want to do the best for yourself and the country.

Different people have different things that work for them. Some people can eat fries, chicken and still do ok some people are really rigid and want to do everything to the T you know, some of us are like that for instance you can eat fries but not a ridiculous amount of fries.

Theres a variety of stuff but I’m not really too keen on going to experiment at this stage in the competition because I don’t know what is what so I just stick to what I know, maybe rice, veg [vegetables] chicken and fish. Maybe after I finish running I’ll start experimenting on different Brazilian foods or Chinese foods.

On visualising the race and finishing ahead of Usain Bolt

You can do that as well, that’s good, it’s a different side to psychology. You have to visualise yourself doing the right things concecutively and its just a process, you need to stick to your own process. You can think about it but dont let it overwhelm you and make you loose focus on what you’re meant to be doing.

Nigerians just always just change your headline. I saw the interview and I was like, I never said that why did you say that? [They said] they were like just trying to make the headline seem very… just trying to make it seem like you’re going to shock the world and I said okay cool.

Listen to the interview here

Ufuoma McDermott’s Cutie Kesiena is 1! See their Mommy & Me Shoot

Hajj: 80,000 pilgrims to be transported to Saudi Arabia in 5 weeks – FAAN official