On Saturday, a tweet from the handle @ChairmanNHRC (Chairman National Human Rights Commission) disclosed that a blogger/journalist who was opposed to the Bauchi State government was arrested for ‘Cyber Stalking’.

It added that he was “abducted” by people in “Police uniforms” from “33, Lome Street, Zone 7, Abuja”. 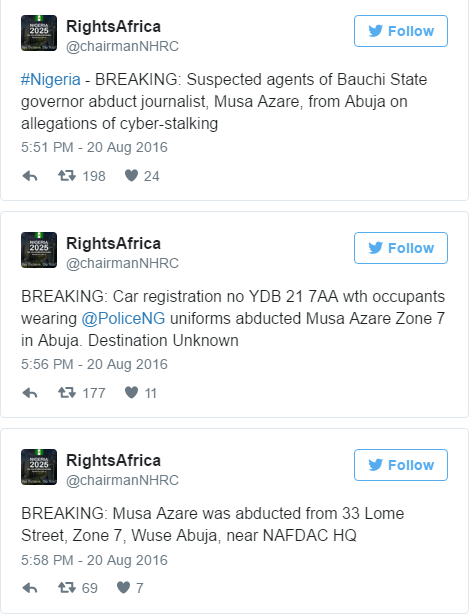 His arrest came after he criticised the Bauchi State governor on Social media. 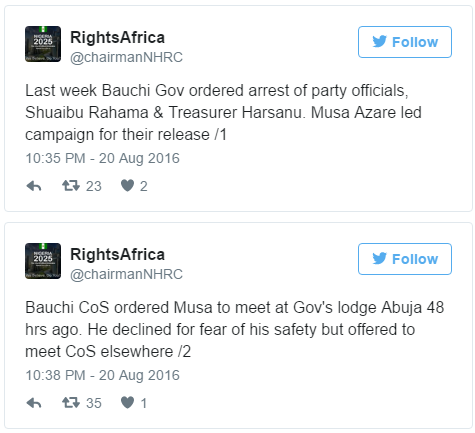 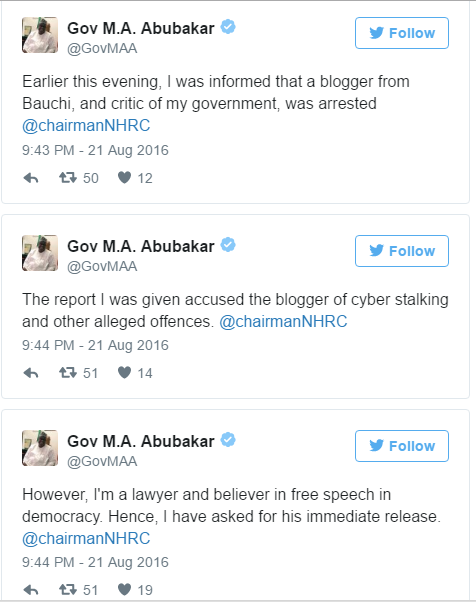 The @ChairmanNHRC handle has confirmed that Musa Azare has indeed been freed.