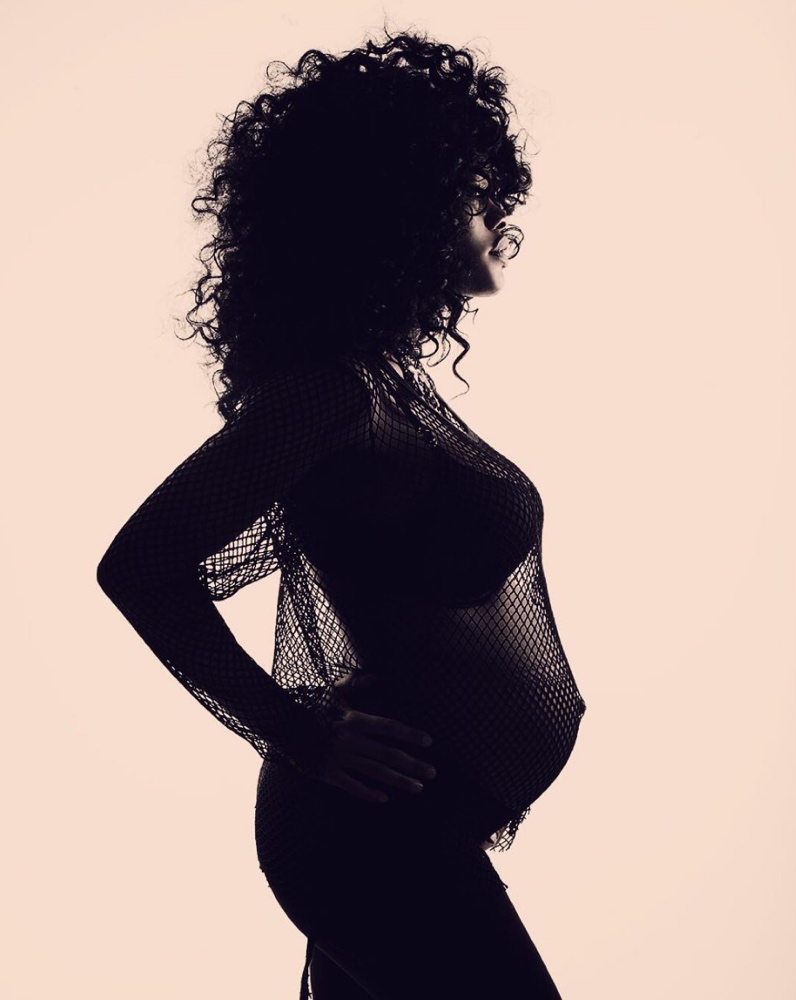 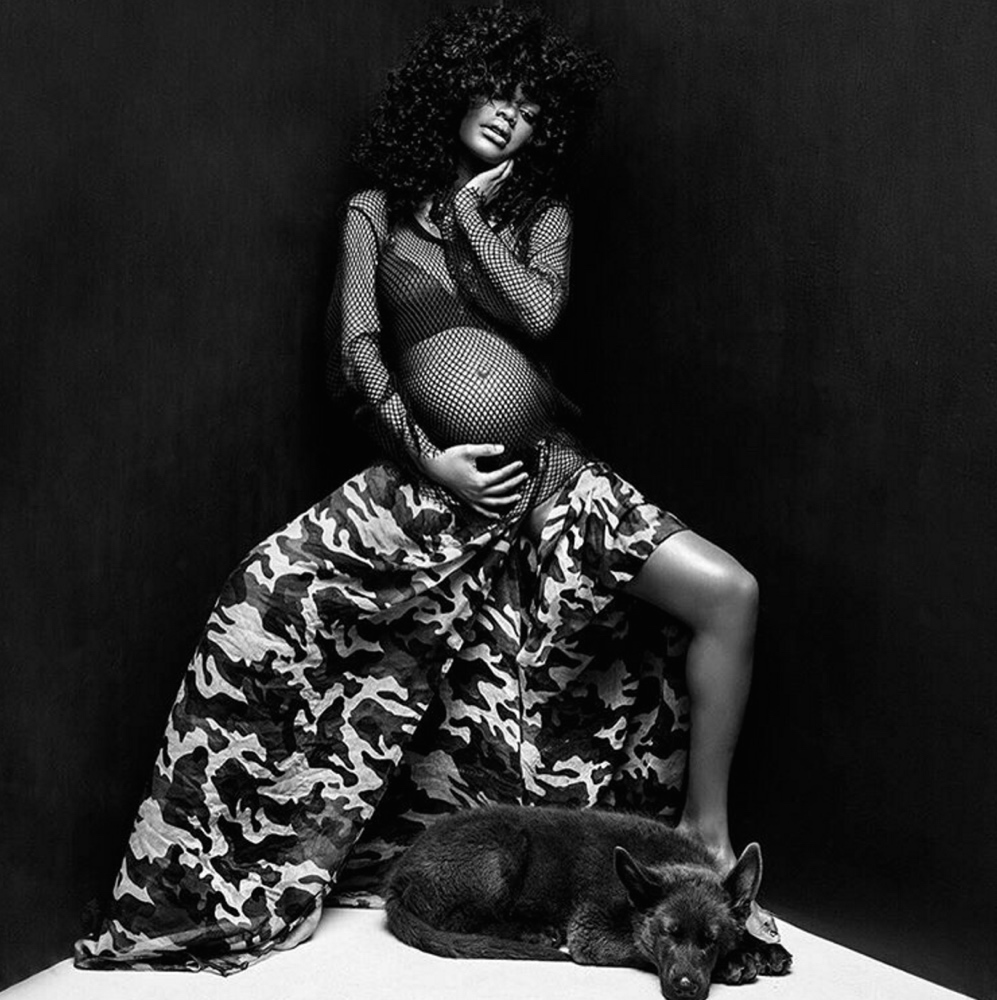 For today’s edition we have actress, singer and mother of one, Teyana Taylor. The R&B artist is signed to Kanye West‘s record label GOOD Music and has featured on songs like To The World, Sin City and a duet with John Legend called Bliss all on the Cruel Summer compilation album. Teyana also released a song with Chris Brown in June this year called Freak On. 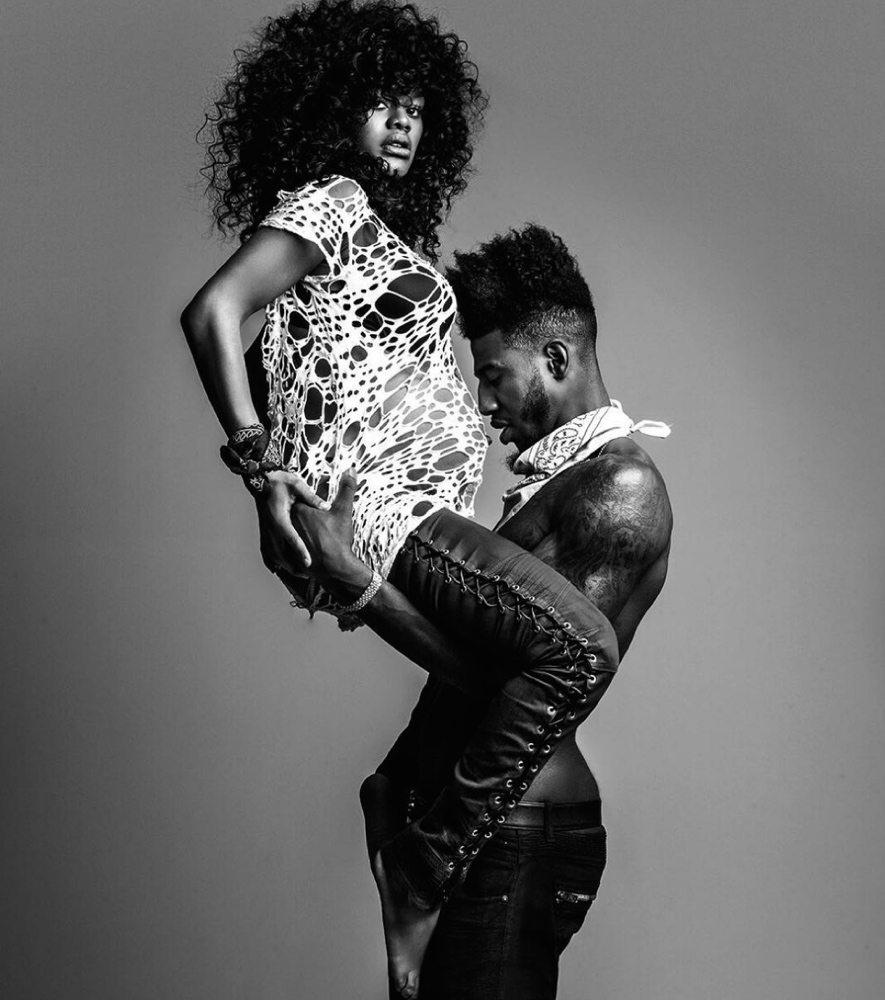 On December 16, 2015, Taylor gave birth to her daughter, Iman Tayla Shumpert, Jr. who she calls Junie. After going into early labor, her fiancé NBA Cleveland Cavaliers player; Iman Shumpert delivered the baby with his bare hands at the couple’s home. Read her story about it below.

On Dec 16th at 6:42am in our bathroom Junie decided she wanted to take her first breath into this world. She came out as a wonderful surprise to everyone! Not knowing I was in labor until I felt her head…it took two ten count pushes with my fiancé playing Dr and she entered this world into his bare hands! Eyes full of tears and barely able to speak to the emergency operator @imanshumpert tied a pair of red headphones around the umbilical cord and the ambulance made there grand entrance 5 min later. She opened her eyes right away, gazed into mine and never cried! He handed her to me wrapped in our bath towel and wiped her face for me to see what LOVE really is. She has blown Christmas away! Our family is complete. Her blueprint will be unmatched. Welcome Iman Tayla Shumpert Jr. Mommy carried you. Daddy delivered you. #MeetTheParents we love you baby girl?????

Although Teyana Taylor is a great singer, she’s now popularly known for her body and dance moves in Kanye West’s recent music video for Fade.  Teyana Tension has a lot of people hustling to go back to the gym for 8 pack abs and a toned body.

Teyana is definitely a tomboy and though her maternity style was more comfortable and casual, she sure knew how to look glam whenever she needed to. A clear example was her outfit for her baby shower where she wore matching outfits with fiancé who proposed to her the same day, with a Ruby ring shaped like a rose. #BNBling Alert! 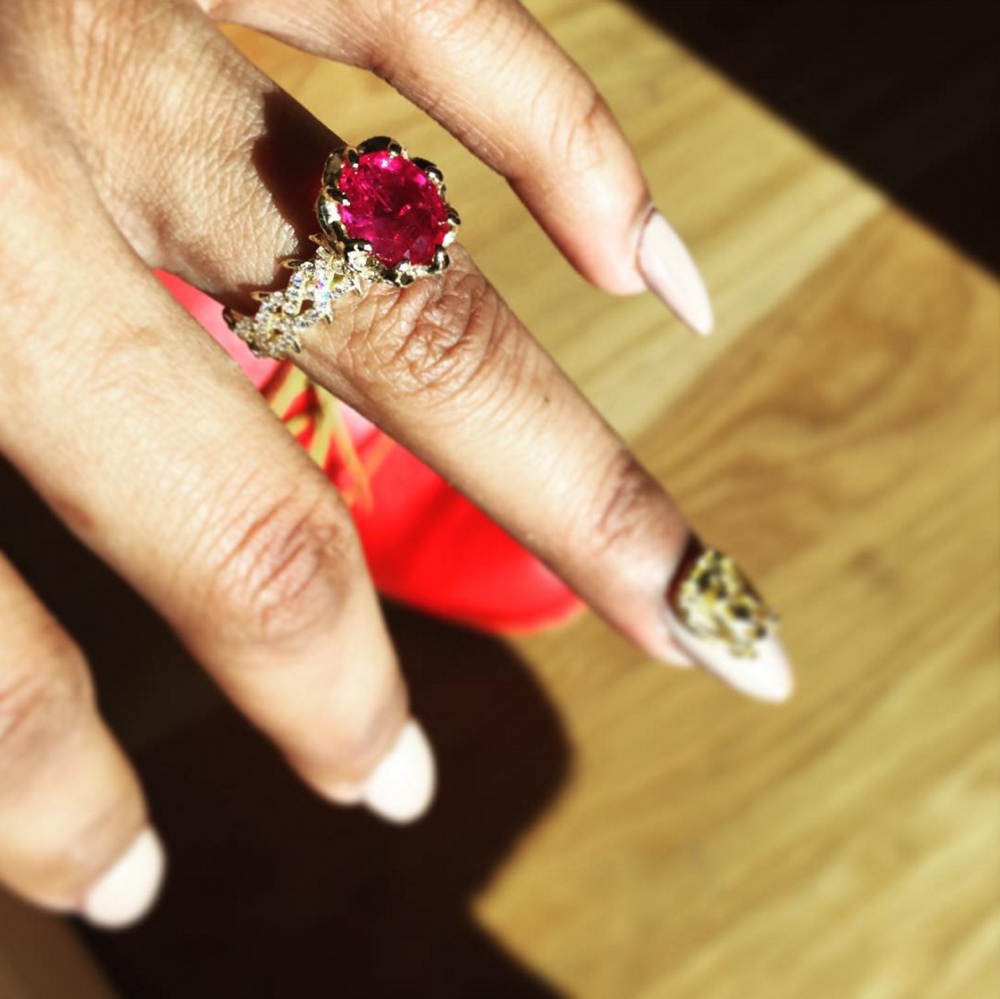 We’ll start with her glam look from her baby shower. She wore a long, black pencil dress with a plunging neckline and a matching military style jacket with her fiancé. 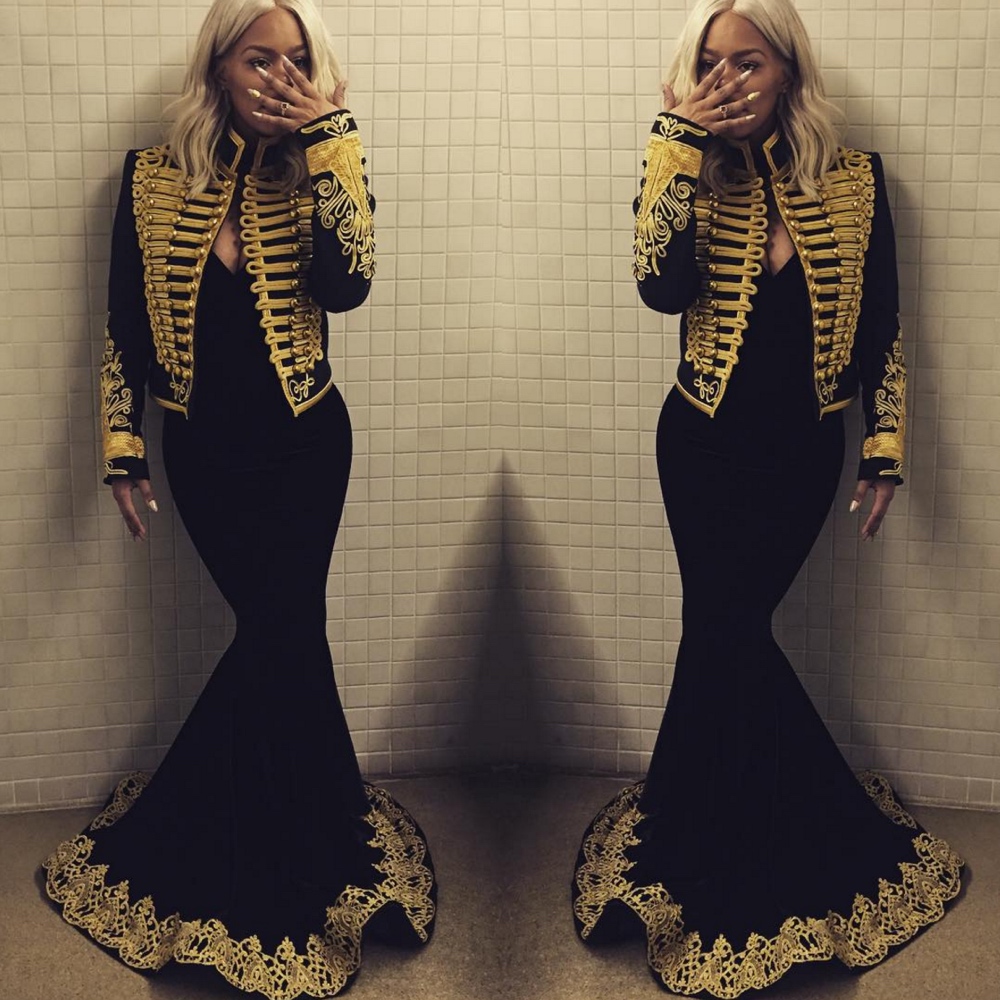 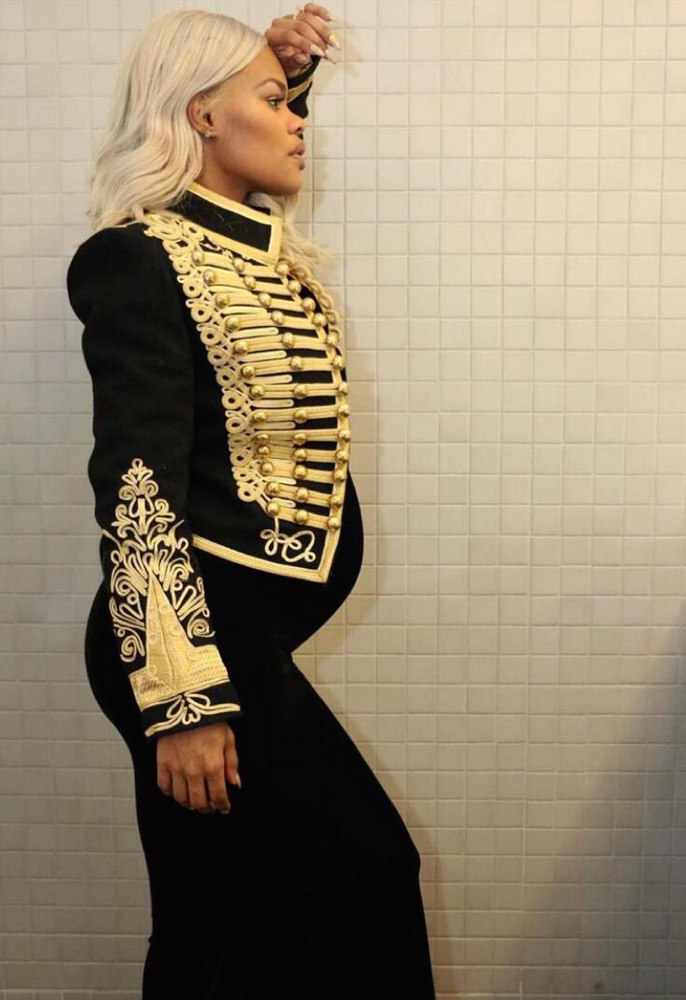 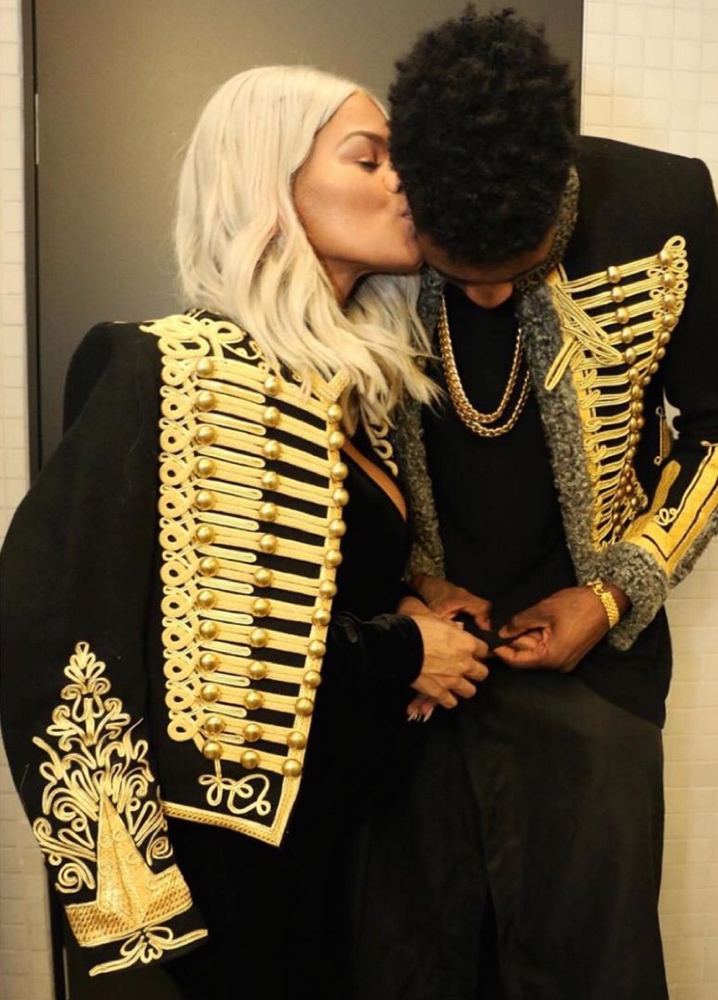 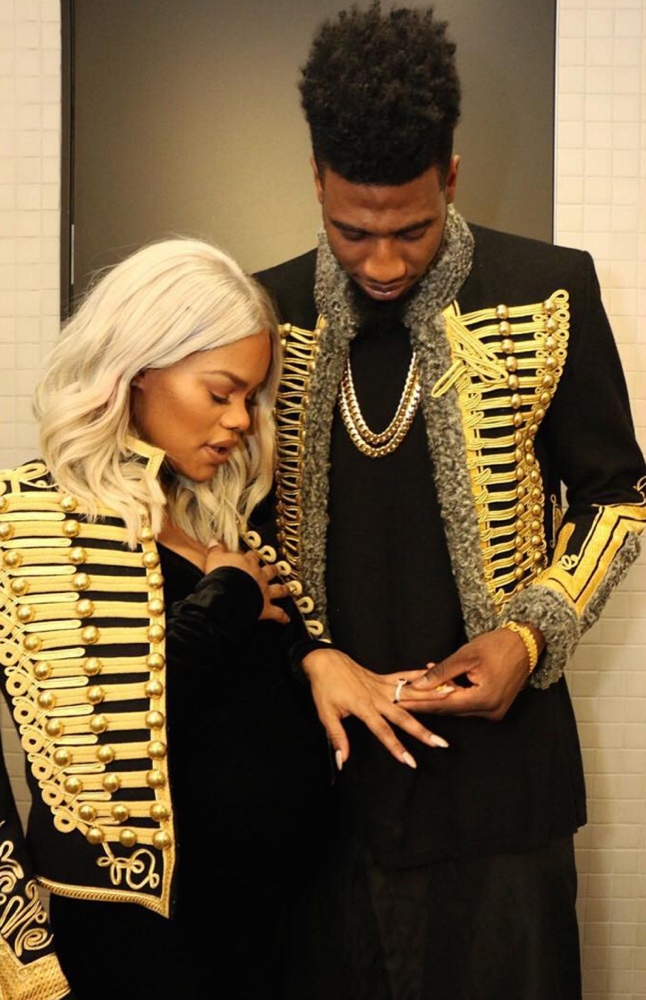 She later changed into a sexy, black lace and sequin dress. 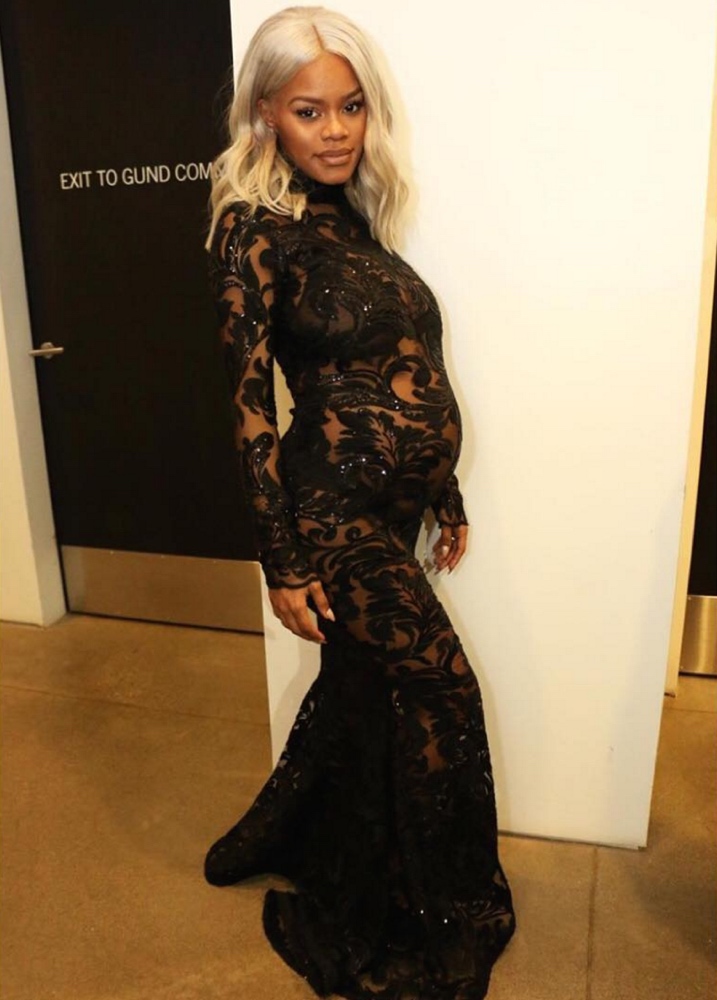 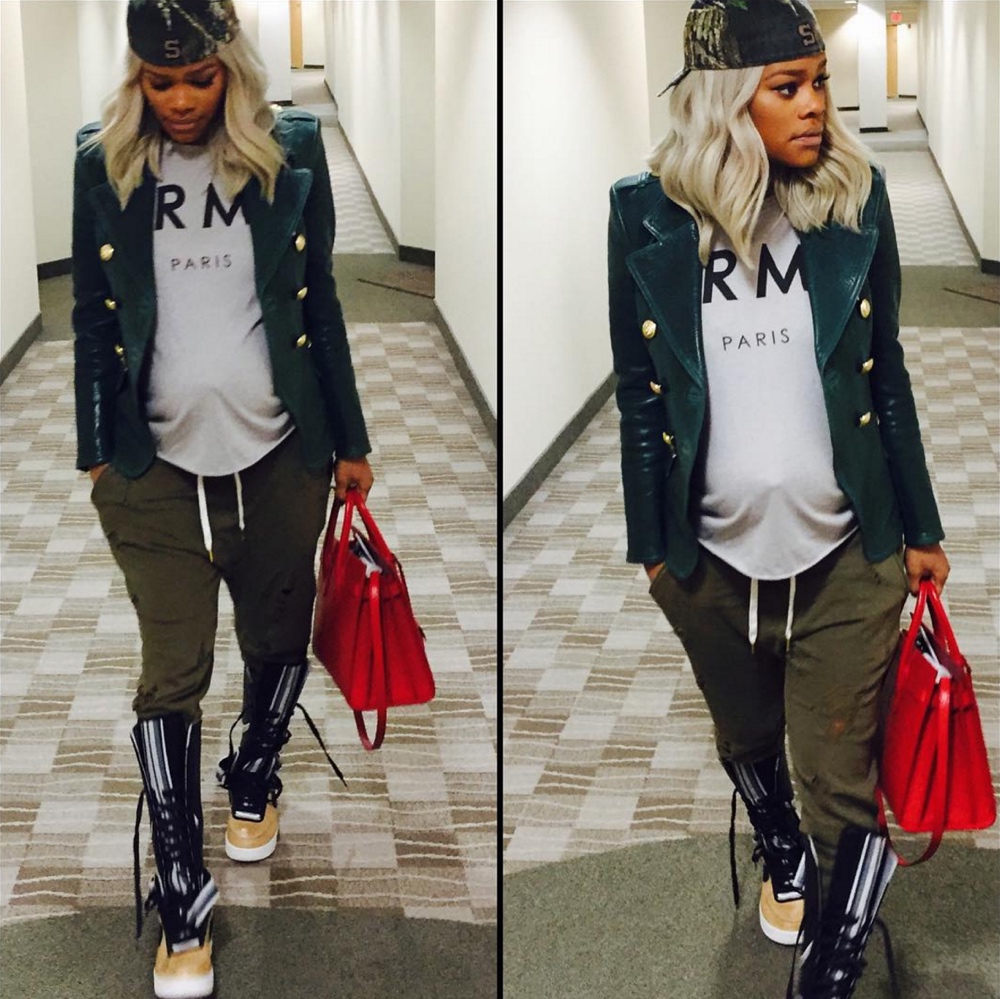 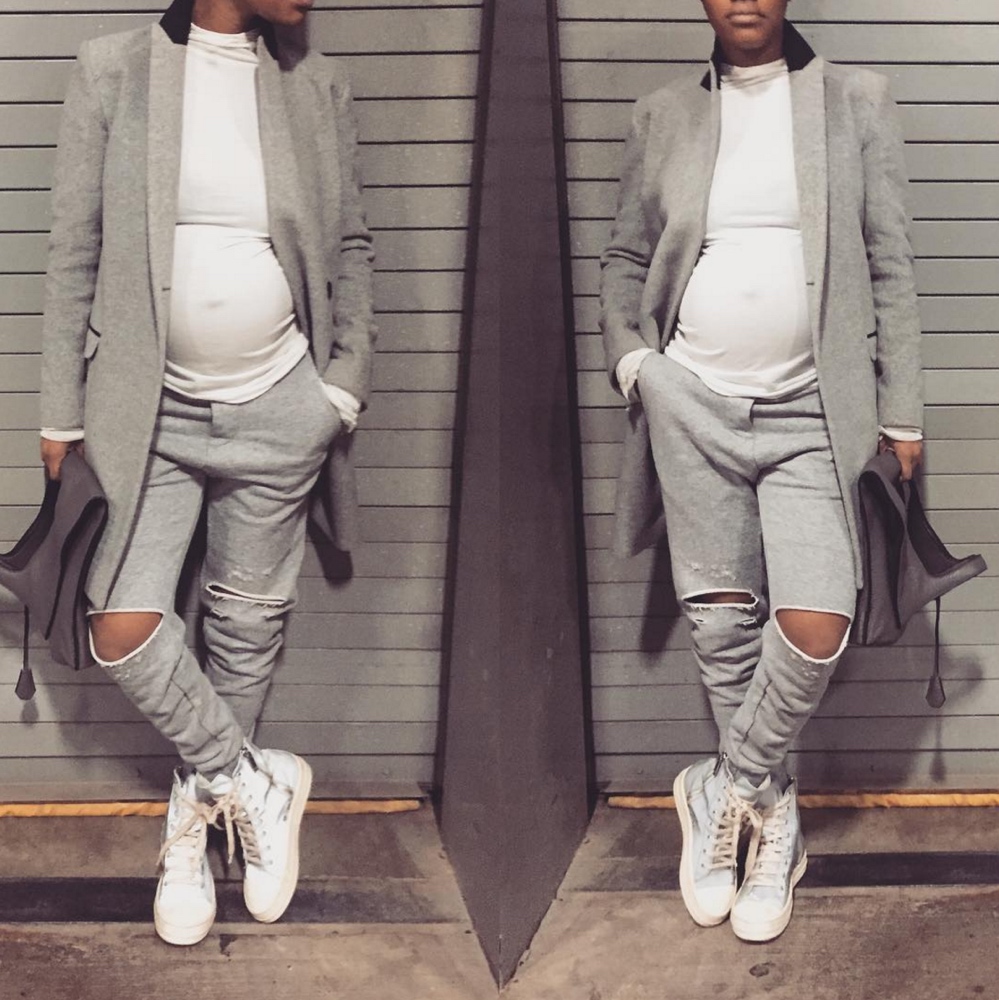 Here she is with R&B singer and godmother to her daughter, Monica. 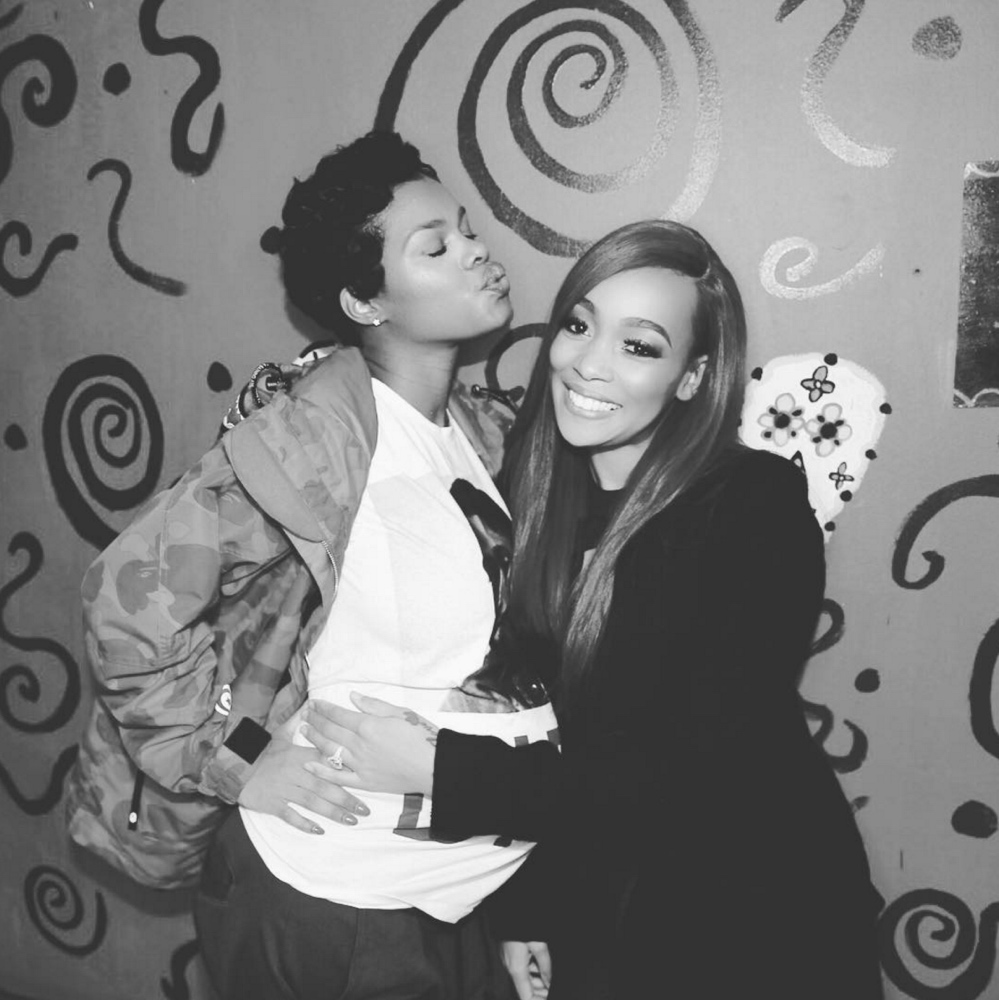 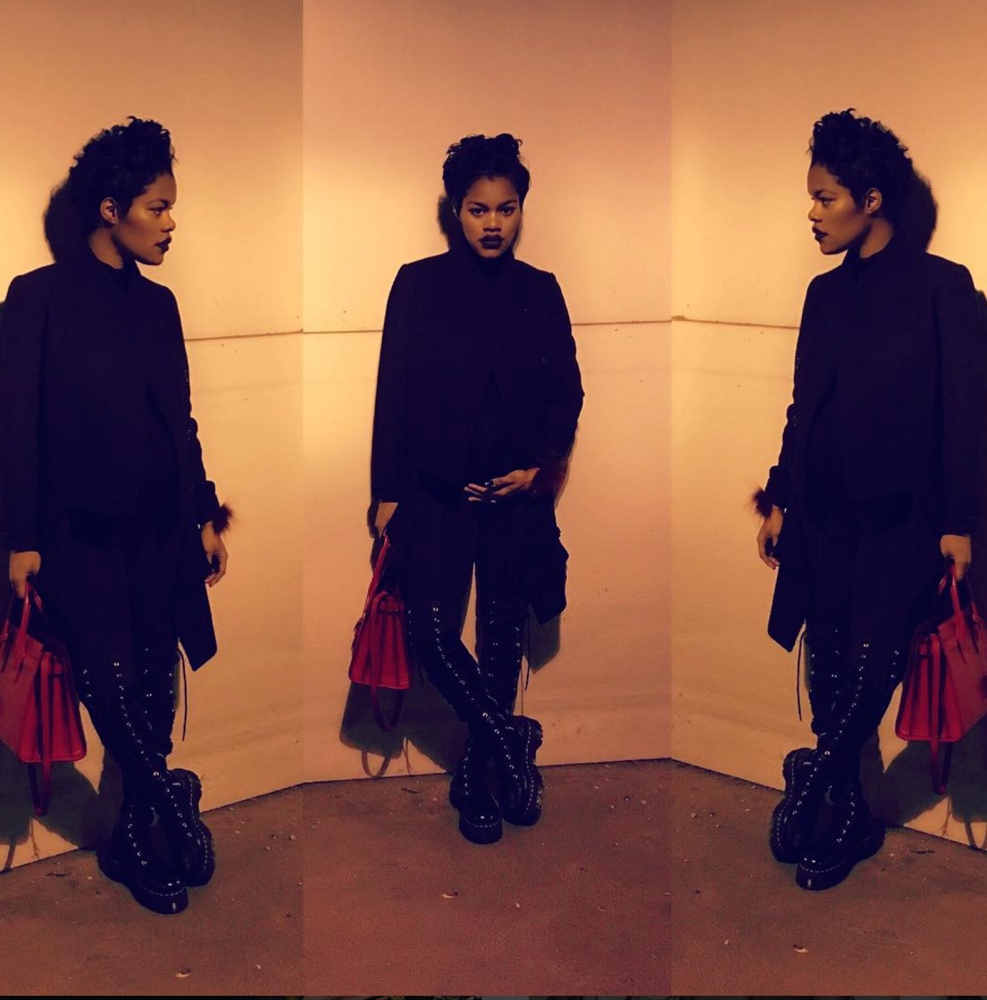 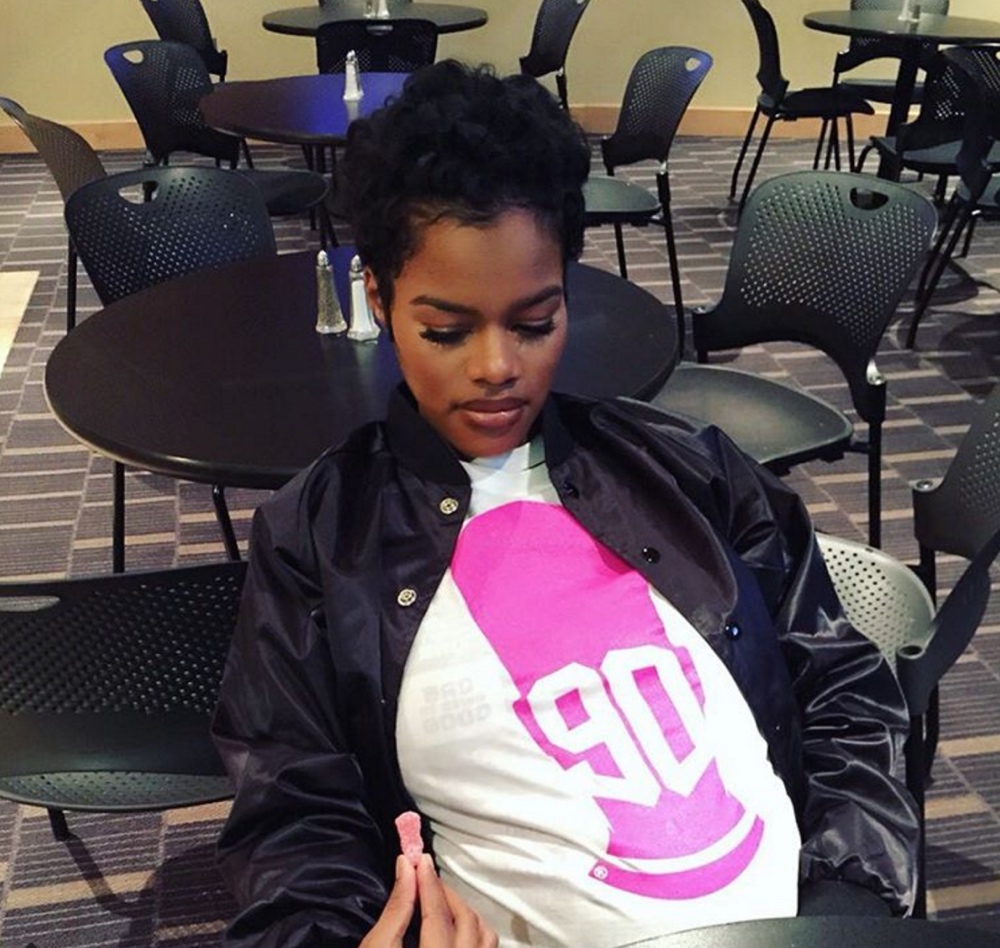 Here’s a photo os Teyana Tension‘s snapback, 6 days after having her daughter 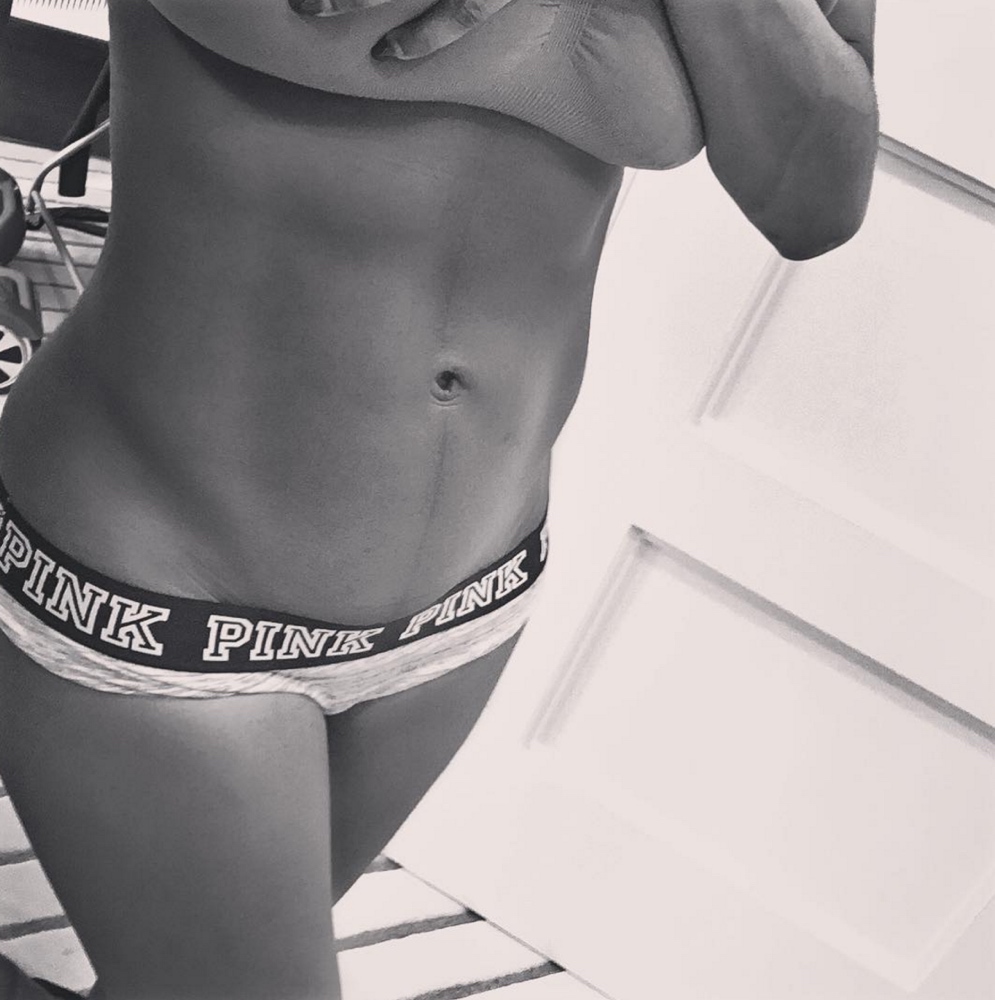 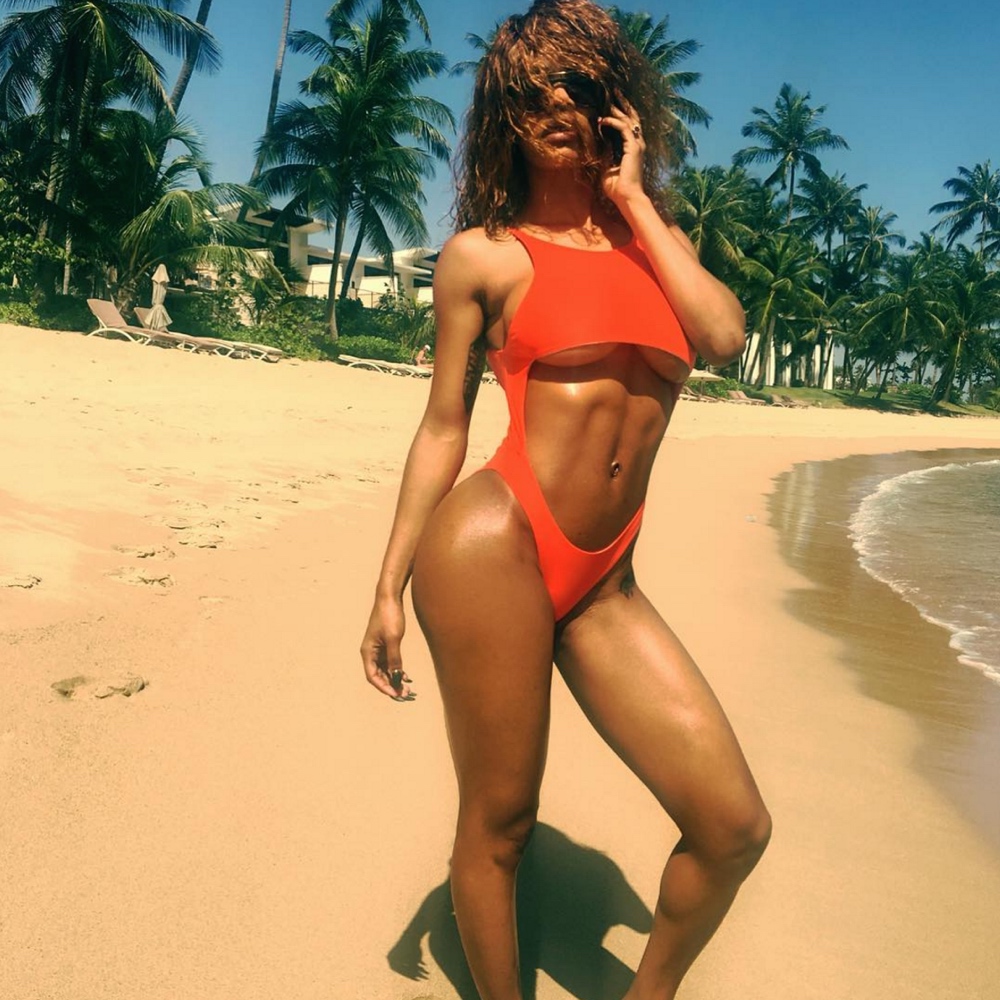 The snapback tensioning is real! Read about how to maintains this killer body and how she prepared for the Fade video in this post, here.

That wraps it up for today’s edition of BN Style Your Bump. Don’t hesitate to suggest who you’d want to see next Wednesday!