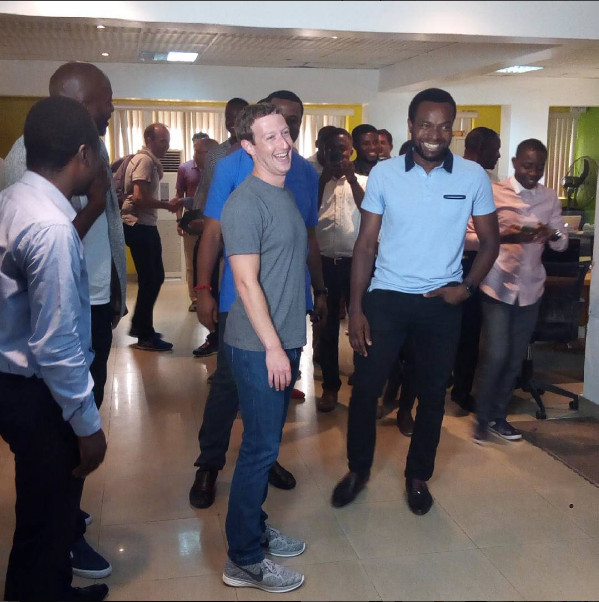 Facebook’s Founder and one of the world’s billionaires, Mark Zuckerberg is currently in Nigeria!

The tech entrepreneur is currently at Co-Creation Hub (CcHub) in Yaba.

The 32-year-old billionaire’s visit was unannounced.

According to Tech Cabal:

There’s been a lot of Facebook-related development in Nigeria so there’s a ton of reasons why Mark may be visiting. First, Free Basics launched in Nigeria and Mark showed his support for the Jobberman team. Then the Chan-Zuckerberg Initiative invested $24 million in Andela. Also, Facebook’s developer workshop is happening tomorrow, and Facebook is partnering with Cool Link to launch Express Wifi in Lagos some time this week.