FRSC to Enforce Use of Speed Limiting Device from October 1 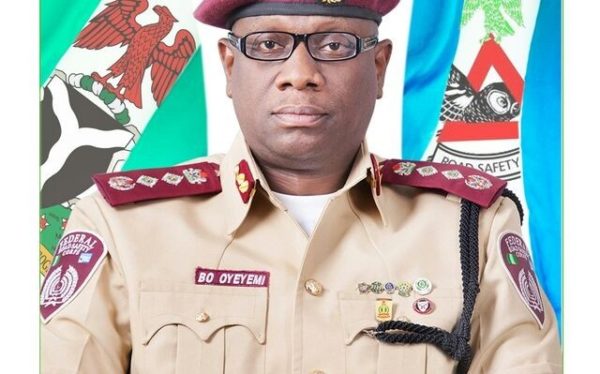 The Federal Road Safety Commission (FRSC) on Wednesday said that the presidency had approved October 1 for the commencement of implementation and enforcement of the Speed Limiting Device.

Dr. Boboye Oyeyemi, the Corps Marshal, FRSC, disclosed this in Abuja while briefing stakeholders on the new date for the implementation and enforcement of the device.

Oyeyemi said that the implementation and enforcement of the device witnessed four postponements from its initial launching date of June 1, 2015, before its final approval by the presidency.

“The final directive from the presidency is clear; the enforcement date for the implementation of the speed limiting device is on Oct. 1 and we have had series of stakeholders meeting.

The essence of today’s meeting is to finally convey the directive of the federal government to the stakeholders that with effect from October 1, the implementation and enforcement would commence.

We already have the portal that we will use to monitor this, we don’t need to pursue any vehicle, we will just stop you like we verify licence.

On the tablet we will check whether your vehicle has been installed with the device, if it has not, we will impound the vehicle and we make sure that you do the right thing.

We are not talking about fines now ,it’s to save lives so we will impound the vehicle then the owner of the vehicle will be made to install the device before the journey continues,” he said.

Oyeyemi said that the corps would do this for the next three to six months to achieve enforcement and compliance so as to compel commercial vehicles to install the device.

He said the FRSC was only concerned about commercial vehicles installing it for now, adding that with time the enforcement would extend to private vehicles so as to cut down crashes on the road.

He said the FRSC was relentless on the enforcement of the speed limiting device because speed had been identified as a key risk factor in road traffic injuries.